close
FEATURE: Shutter Island is just one of several releases that should help February post healthy numbers at the box office. 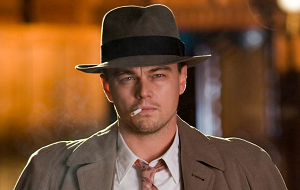 February can be a cruel month for movie lovers.

Studios sprinkle popcorn movies across the months of May through August, while Oscar favorites roll out from October through December.

That may be changing.

This month already delivered Dear John, a tear-jerker which grabbed the top spot from Avatar over the weekend, earning north of $30 million.

On Friday, Valentine's Day and The Wolfman each promise to sell plenty of tickets. And other potential smashes, from Martin Scorsese's Shutter Island to The Crazies will be here before March 1.

Sean Phillips, executive producer of Yahoo! Movies, says some last-minute release date tweaks turned an otherwise ordinary February into one which could change how studios view the month.

"The Wolfman's release date changed several times, and Shutter Island was originally slated to open late last year. Instead, they're both anchoring the February film lineup."

Phillips says this weekend's film lineup offers something for everyone.

The aforementioned films will end up knocking John off the top spot, but Percy Jackson & The Olympians: The Lightning Thief also should make a respectable showing, Phillips says.

While The Wolfman pays homage to the great Universal Studios monster lineup, Island may be as close as Scorsese gets to the horror genre.

Then again, today's teens know more about Michael Meyers than Lawrence Talbot, the man who howls at the moon. And Scorsese‘s pull is greater with movie buffs than with mainstream audiences.

For all of the above reasons Phillips predicts big things for February. If his prediction holds, it could convince studios to reinvent how they program their annual release schedules.

The change may have started in 2009, when sleeper hits like Taken and Paul Blart: Mall Cop proved that this time of year could produce films that sailed past the $100 million mark.

Warner Bros., the studio behind Valentine's Day, has been aggressive in dropping films like He's Just Not That Into You early in the year and reaping big rewards as a result.

"Warner Bros. is finding a niche for different styles of movies throughout the year," he says.

Dos Santos says February's box office successes are "an indicator to studios that it's not the seasons that determine the box office draw, it's what they put on the table."

"Studios plan their releases based on age-old formulas that don't necessarily allow for box office flexibility," she says. "February 2010 may make [studio] executives stop and reassess their previously held notions about what makes a moviegoer tick."