close
Steven Spielberg and other famous directors may get away with more when it comes to ratings.

Big Names and the Rating System 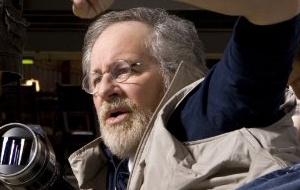 The next time a Steven Spielberg movie earns a PG-13 rating it might not be completely due to its content.

A new study from the University of Maryland's Robert H. Smith School of Business and Yale University School of Management says the movie rating process is often compromised by the names on the credits.

That isn't just a concern for parents seeking suitable content for their kiddies to watch. The findings can mean wider distribution and higher revenues for films which escape R-rated categorization.

"Filmmakers that push the envelope, adding racy content and more violence while avoiding a restrictive rating, have an advantage at the box office," says David Waguespack, assistant professor of management and organization at the Smith School and co-author of the research in a press release.

The study also found movies from directors known for their R-rated fare are more likely to receive more restrictive ratings.

Larry Chiagouris, professor of marketing at Pace University, says consumer research often involves blocking out a brand name being studied to ensure as neutral a response as possible.

That isn't so with movies screened by the ratings board.

"People are seeing the film from beginning to end," says Chiagouris, former Vice President Marketing and Strategy at the Starz Encore Media Group. That means the credits aren't a mystery.

And even if they were, it's hard to disguise, say, Shutter Island when Leonardo DiCaprio appears on the screen in '50s era garb.

Market research tells us name familiarity brings credibility and likability, Chiagouris says. "When those raters see Universal, Sony or Fox, right away they're skewed toward favoring those studios."

Rating differences can play a huge role in how much a film hauls in both at the box office and in subsequent release platforms-from video on demand to DVD.

"If you look at the economics of the industry, generally the more restrictive the rating, the less the revenue," he says.

Mike Hurley of bigscreenbiz.com says he isn't surprised that having a studio name like Disney, or a director like Spielberg attached to a movie, can become like a "thumb on the scale" when it's time to rate a film.

It boils down to a certain comfort level for the movie review board.

"We're easier on relatives than strangers when we hire a baby sitter," Hurley says

And ratings matter, especially given the demographic of today's movie audiences.

The studios are more than happy to oblige.

"The pressure is on the filmmakers to deliver what the audience wants and yet keep it accessible in the ratings department," he says.

The rating process remains very subjective no matter what names are attached to any given movie.

"I‘m not suggesting they‘re not trying to do a good job," Chiagouris says. "But these are human beings subject to certain biases and prejudices."