close
FEATURE: The idiosyncratic director brings his own approach to the Head Honcho position 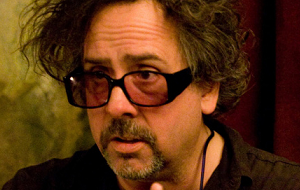 What makes an honourable film festival jury? The question puzzled Alice in Wonderland guru Tim Burton, president of the Cannes Film Festival's official competition jury, as he and his cohorts contemplated the next 12 days.

After chewing over the matter they finally reached a consensus: the word "judgement" would be banished from their vocabulary. How different from last year's ethos when the incumbent Sean Penn thought his fellow jurors should look towards films with a political message.

Burton and his team, which includes actresses Kate Beckinsale (who missed the jury's opening dinner because of air delays due to the ash cloud) and Giovanna Mezzogiorno as well as actor Benicio del Toro, directors Shekhar Kapur and Victor Erice, composer Alexandre Desplat, and writer Emmanuel Carrère, agreed they wanted to recapture a state of innocence before each title in the selection.

"I hope we can avoid having any preconceptions," said Burton firmly. "We want to view every film and discuss how each one touches us both emotionally and intellectually and bring our generosity to the task as film-makers and those in the world of film."

On the question of the male-female ratio on the jury (Beckinsale and Mezzogiorno are the only women) Kapur posed the notion that creative folks had to possess both feminine and masculine traits - and the numbers game should make no difference.

Burton declared that he was "happy there are less obviously commercial films in the selection. The element of surprise is something you are always looking for in film."