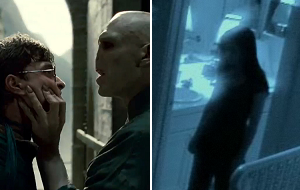 According to BOXOFFICE's WebWatch, Harry Potter and the Deathly Hallows: Part I holds a dominant 29.79 percent market share of online opinions among unreleased films now that The Twilight Saga: Eclipse isn't standing in its way. The new trailer for HP7 is helping the fall release overshadow such high-profile summer releases as Salt, Inception and Despicable Me.

Paranormal Activity 2 quickly burst into the top 10 most talked about films thanks to the premiere of its first teaser. The sequel to one of 2009's biggest surprise hits boasts a solid three percent market share. Yet with 775 positive opinions vs. 226 negative opinions, its obvious that the teaser isn't exactly an overwhelming success right out of the gate.