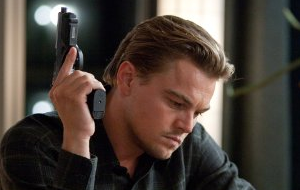 According to the most recent BOXOFFICE WebWatch report, Inception boasts an impressive 12.35% market share of online opinions among unreleased films. Of those opinions, 6,076 are positive and only 616 are negative.

Inception is inspiring more activity than The Sorcerer's Apprentice, which hits theaters two days before the mind-bending thriller. Apprentice has a disconcerting 1.77% market share of opinions. Christopher Nolan's latest effort is also well ahead of Salt, which opens a week later on July 23. The Angelina Jolie vehicle only represents a 2.63 percent market share.

The recent rush of activity for Inception has obviously been helped along by the glowing reviews it has received. BoxOffice's Pete Hammond wrote that, "In terms of sheer originality, ambition and achievement, Inception is the movie of the summer, the movie of the year and the movie of our dreams."