close
INTERVIEW: We caught up with the Oscar-winning documentary director to pick apart his new doc about education and also to address the Justin Bieber rumor 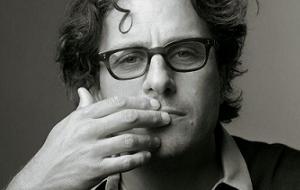 Director Davis Guggenheim took a slideshow speech by former Vice President Al Gore and shaped it into An Inconvenient Truth--a brainy, dense doc that won an Academy Award, took over the national conversation and raked in $49.7 million to become the 5th highest grossing documentary of all time. For his latest feature, Guggenheim adjusts his sights from the ozone layer to a subject that's under five feet tall-the kids in our failing public school system who are fighting for a future. BOXOFFICE asks him about the power-and financial might-of documentaries and why audiences want to learn.

The mass media has bought into this myth that kids are getting dumber every day. Having surrounded yourself with them--and having two kids yourself--what's your response?

When you meet the kids in my movie, you fall in love with them. I did. They're smart, they're eager to learn and they have huge dreams. And then you see the system we've built for them, which in many cases can crush those dreams. It doesn't cultivate them. I have a friend who studies early childhood development-it's one of the fastest growing schools of thought, and people in it are saying that a big early investment in kids is the best investment to see huge effects. My friend says it in a beautiful way: "Every kid is a born learner." They're not afraid to have huge, big dreams. But the system and the culture of our schools is broken and it tends to get in the way of those dreams.

Failing public schools are a topic found every day in newspaper columns. How did you convince people to invest in making it a movie-and convince them that people will want to see it in a theater?

It's a hard movie to sell. In the theater, we're coming out against big action movies. But once people are intrigued, once we've pulled them in, which I think we do, they respond really deeply. Everyone has an experience in school and everyone knows what the stakes are. Everyone wants the best for kids.

You won the Audience Award at Sundance--was that a relief that word-of-mouth would be a strong boost for the film?

I hope so. It was the same thing with An Inconvenient Truth. If anything, that was a more difficult movie to sell--it's based on a slideshow starring a politician. At least we have cute, beautiful children. There is an audience out there that craves films that are saying something-films that don't just say we have problems, but get underneath them and show the possibilities. I like to think that we can again do what we did with Inconvenient Truth in terms of galvanizing people, teaching them a little bit and also inspiring them.

And An Inconvenient Truth became shorthand for global warming. It showed that a documentary has the power to be at the center of the public conversation.

My father [Charles Guggenheim] made documentaries and I saw how they could have a profound effect on people. I believe that stories have a powerful ability to bring people together around an issue.

Just as kids' intelligence is underestimated, audiences, too, want to learn.

The way the media portrays public schools, it either sounds like a lost cause or too complicated to understand-or too simplistic, like the Hollywood movies where a teacher goes into a troubled school and saves the day. I think when people see complicated stuff get treated intelligently, and they meet people they identify with and the stakes and emotions are high and real, they love it. People love to feel like they're part of something, that a movie is helping them feel like part of the first step toward making a difference.

Out of the film's shades of gray, if there is a villain, it's teachers' unions. Has there been a reaction from them?

I decided when I made this film that we're not going to fix our schools unless we're really tough on the adults. Adults have built a system that works for the adults, but it doesn't work for kids. I wanted to be tough on the adults to help the kids, starting with myself. I put myself in the movie because I pulled my kids out of the public system and into a private school. I took care of my kids, but that doesn't help anybody else. And then I'm tough on the political parties, I'm tough on the presidents and I'm tough on the teachers' unions. All these groups haven't done enough. The solutions are there. It's not easy-it's complicated-but it is possible to give every kid in America a great education.

If you were president for a day and had unlimited power, what would you do?

I would remove a lot of the barriers that are in the way of change. I would put the power and the money at the school level. I would develop programs that would recruit talented people to become teachers, and then develop those teachers. And I would insist that those teachers who aren't working, we have to find them a different occupation. I have a lot of charts and graphs, but I think that there are people much smarter than me. We should look at their models that are successful, that are mainstream in our charter schools.

And you have a stake in this: if we don't encourage curiosity in our kids, who's going to grow up to watch documentaries?

Exactly! Having spent two years making this film, I read the paper and I read about global warming and health care, I just feel like, "Why are our politicians acting this way? Why is no one outraged enough to make them act differently?" To me, it all goes back to education. The fundamentals of a great democracy relies on an informed electorate. Democracy works because the people demand more from politicians. But if people aren't educated and well-read, democracy falls apart. The root of all our problems goes back to the health of our schools. If we fix them, everything else will eventually be fixed.

I was attracted to a lot of people who had had enough with all the arguments and the debate in our public schools. People who were saying, "Lets stop talking and roll up our sleeves and fix what's in front of us." I love that about Michelle Rhee and Geoffrey Canada and the guys who started KIPP-they all just said, "We're going to make this work." It's not about politics, it's not about ideology. It's about fixing schools one classroom at a time.

For a moment, you were linked to Justin Bieber's new film.

[Laughs] Those are just rumors!

You could ask him about his eduction.

I think he's from Canada!