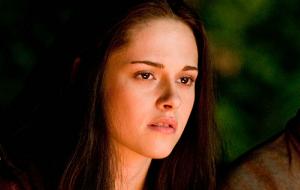 The most active Facebook page for The Twilight Saga erupted with activity after this post was released at 12:02 p.m. PT:

EXCLUSIVE! You fans are the first to hear that THE TWILIGHT SAGA: BREAKING DAWN - PART 2 will open in theatres on November 16, 2012! Directed by Bill Condon, the astonishing conclusion to the series illuminates the secrets and mysteries of this spellbinding romantic epic that has entranced millions.

Within 40 minutes, the news inspired 7,940 likes and a staggering 1,706 comments. Unfortunately, the initial rush of comments were not all positive. The fact that Part 1 opens on November 18, 2011 has angered a lot of fans. Some sample comments:

"whatttt!!! I can't wait that long. I'm getting old every minute. I'm not a vampire!! its feels like decades!!!"

The decision is likely a result of an already crowded Summer 2012 schedule. Batman 3, The Avengers, Men in Black 3, Star Trek 2, the Spider-Man reboot, Madagascar 3 and Ice Age 4 are all set to hit theaters from May to July.