close
FEATURE: Step Up 3D will try to convince moviegoers that dance movies can utilize the format

Which Genres Work Best in 3D? 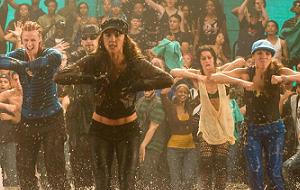 The third saga in the Step Up franchise looks different this time around. The acrobatic dancers are in three dimensions.

Step Up 3D is the latest attempt by Hollywood to make three-dimensional filmmaking as integral to modern movies as sound and color.

Even teen sensation Justin Bieber will soon get the 3D treatment via a documentary chronicling his remarkable young life.

But will audiences pony up for a 3D documentary, or dance movie? Or is 3D a more snug fit for animation and horror films?

Jim Chabin, president of the International 3D Society, says at every step of the new 3D wave audiences have shown an appetite for the format.

Animated films helped pave the way for 3D's resurgence, with audiences gobbling up entries like Bolt and Monsters vs. Aliens, Chabin says.

Brendan Fraser's Journey to the Center of the Earth showed audiences had an appetite for live-action 3-D, while Avatar proved the format had a broad appeal. Even concert films like U2 3D proved it could draw a crowd.

"Music works well in 3D. It brings us closer to the artist," he says.

"If I'm making theatrical content, I have to take into account the 14-year-old who will be my movie ticket buyer for some time will be surrounded by 3D devices," Chabin says.

But 2010 audiences aren't willing to swallow any old 3D experience.

"The honeymoon is over," Chabin says. "Bad movies disguised as 3D can get into marketplace. Poor [3D] conversions can be spotted by the audience."

These films could suffer a blow if filmmakers don't use them properly.

"3D is something that you don't just slap on at the end of a movie. It is a part of your creative process," he says. "You tell your story better using depth."

The industry needs talented directors to work with the new palette, and if they do then we'll see romantic comedies, dramas and other film genres using 3D elements, he predicts.

When done properly, 3D "makes it a much richer experience," he says.

Nick Dager, editor and publisher of digitalcinemareport.com, says it's still too early to tell just how far the 3D revolution will go.

Both factors are changing, Dager says, and quickly, which could have a major impact on 3D over the next few years.

That said, the format seems the easiest sell for animated and horror movies.

"Animation is relatively easy to produce in 3D and the horror audience will demand it," he says.

As for other film genres, Dager says time will likely see even a rom-com or traditional drama could have some 3D elements.

Chabin likes to put the 3D conversation currently underway in perspective. When silent films transitioned to sound, many wondered if audiences would embrace it.

"Charlie Chaplin believed the audience wanted to put their own interpretation of what the actors sounded like," into silent movies, Chabin says.