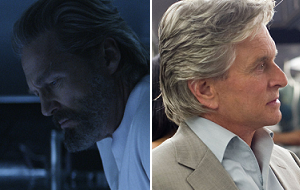 Hollywood has turned making movie sequels into a science. You gather as many of the elements that made the original film a smash and mix them together anew in the hopes of replicating the results.

Not every sequel experiment occurs in such a frenzied fashion.

The new Oliver Stone film Wall Street: Money Never Sleeps took its sweet time to hit theaters - 23 years, to be exact. The film reunites us with Gordon Gekko (Michael Douglas), the shady dealer who went off to jail at the end of the 1987 film"Wall Street."

So why bring Gordon back to life now? And are long-delayed sequels a sound marketing concept or merely another sign of the industry's imagination drain?

Even delayed sequels could mean guaranteed bucks for film studios, though the risk faster rises in such instances.

"The audience for a film [like Money Never Sleeps] is now decades older and far less inclined to go see an outdated film," she says, but diehard fans should help the movie cover its cost in a worst case scenario.

She says the original's fan base "already had their Wall Street highlight days themselves" and may wait for the film to hit DVD shelves.

Some delayed sequels land with a thud - or worse. The 1988 film Caddyshack II" is considered one of the sorriest sequels ever, and 2005‘s Son of the Mask swapped out Jim Carrey for Jamie Kennedy with calamitous results.

This Christmas, moviegoers will get another sequel decades in the making. "Tron: Legacy" builds on the 1982 dud, a movie which has grown in the eyes of movie goers over the last three decades.

Lynda Halligan, host and producer of Reelzchannel's "Hollywood's Top Ten," says delayed sequels must be examined on a case-by-case basis.

The Wall Street sequel wisely cast "It" actors like Shai LaBeouf, Josh Brolin and Carey Mulligan along with Douglas to make the story feel as fresh as possible.

Getting the old gang back together is a critical part of any delayed sequel.

A film like Caddyshack II assembled a gaggle of lesser known stars and dared to replace Rodney Dangerfield with Jackie Mason. And Bill Murray was nowhere to be found.

"You need to keep those same characters," she cautions.

In the case of the Tron sequel, the film will hit theaters at a very different time in popular culture, a moment when yesterday's science fiction wonders are today's reality.

"'Tron' wasn't a huge hit when it came out. Now, with everyone's love for video games and how the world has progressed, it's going to be a very different movie," she says.