'Waiting for Superman': A New Way to Build an Audience 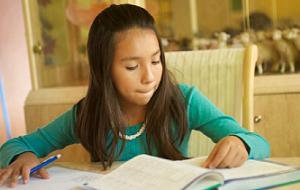 Waiting for ‘Superman' has a pretty steep hill to climb in order to reach the masses.

The new documentary looks at the problems inherent in the public education system, a subject that's hardly an easy sell with audiences.

So the film's marketing team decided to shake up its approach. In addition to the standard film web site, there's an active pledge campaign to see the film and get people talking about the sorry state of modern education.

More than 600,000 have already pledged to see the movie, opening in select theaters September 24. That's only part of the equation. When certain pledge goals are met it means more educational donations that play into part of the movie's mission - to improve learning across the board.

For example, the latest pledge markers triggered Houghton Mifflin Harcourt to distribute an additional $100,000 worth of new books to schools and programs in low-income communities nationwide.

"It feels like a brave new world in terms of promoting movies. We're not Iron Man 2. We don't have nearly the promotional budget," says Waiting for ‘Superman' director Davis Guggenheim

The director, who previously rocked the documentary world with the Oscar-winning An Inconvenient Truth, says even a complex subject matter like public education can tap into a sizable audience if marketed properly.

"The challenge," he says, "is to energize the base."

It's a modern day irony, or example of just how swiftly the film industry is evolving, that "'Superman'" looked toward Paranormal Activity for inspiration.

That horror film's "demand" campaign, where web denizens asked for the film to be shown in their home town, helped shape the pledge campaign, Guggenheim says.

The donation benchmarks add a social responsibility factor into the mix.

"People want to feel like they're not just going to a movie but they're part of a movement. By going in [to the site] and pledging they're part of doing something good," he says. Pledge makers also can win coupons to instantly support a teacher of their choosing with funding for school supplies and other materials.

Robert Marich, author of "Marketing to Moviegoers: Second Edition," thinks the film might be a better fit for either television or DVD.

"I don't see it as a big magnet for movie goers," says Marich, adding the film's pledge marketing drive is likely the most astute angle possible for such a feature.

"It's the best you can do with what they're given," he says. "It's an uphill battle."

Most people care about the state of education, and many are receptive to ways to fix it. But Marich says the current state of the economy and health care rank higher on the crisis meter, meaning the timing for "'Superman'" isn't optimal for its success.

"A subset of movie goers will want to see it, but it looks to be a low-grossing film," he says.

Guggenheim sounds like he wouldn't mind a low box office tally if, in return, the film impacted people's thinking on education.

The movie "attacks a psychological barrier, the sense that it's impossible to fix our schools," he says.

"If that sense of belief is shattered, people will take all kinds of different actions," he predicts.