close
FEATURE: The horror sequel will try to generate the same level of enthusiasm as its predecessor

Avoiding a Sophomore Slump: The Marketing of 'Paranormal Activity 2' 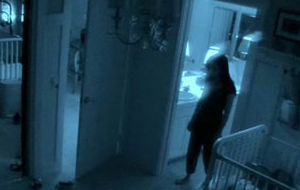 Paranormal Activity 2 isn't simply trying to duplicate the shocks of the original.

The horror sequel is attempting to work the web - and audiences' ability to be teased - by mimicking the original film's marketing scheme.

The 2009 film asked audiences across the country to request screenings of the movie, and Paramount Pictures leaked mysterious trailers for the movie to whet audiences' appetites.

It worked. Paranormal Activity, despite no recognizable stars, a budget well below $20,000 and barely any blood and gore, became the year's sleeper sensation.

Paramount launched a similar "Demand" approach to the new film, giving the top 20 cities who voted to host a Paranormal screening the chance to see the movie first at a free midnight showing Oct. 20 - two days before the movie's nationwide release.

But as hard as it will be to replicate the original's chills, it could be even harder to Xerox the marketing campaign. Consider the failed attempt to build on another unexpected smash. The Blair Witch Project also combined savvy marketing and a single-cam format, but the minds behind the film couldn't leverage them to make Book of Shadows: Blair Witch 2 anything but a flop.

Yet so far people appear to be clamoring for the sequel. Fandango.com reports the new Activity is the third most anticipated movie of the fall.

Lynda Halligan, host and producer of Reelzchannel's "Hollywood's Top Ten," says the new Paranormal has a few advantages over the Blair Witch sequel.

"People are so much more excited about Paranormal Activity 2," Halligan says. That wasn‘t the case with Blair Witch, a movie which killed off its three leads and appeared to wrap up its story. "I don't remember people being excited to see Book of Shadows."

With the new Activity, "There are so many unanswered questions. The lead woman is still in it. People want to know what the story is," says Halligan, whose show will host a top ten ghost movies episode at 6:30 p.m. EST Oct. 21.

Releasing the sequel roughly a year after the original also helps the studio bank on existing good will ... and the all-important buzz, she says.

"People are still talking about it," she says. "A lot of people who didn't see the first one are excited to see it ... they'll go rent [the original] first."

The new film will have a bigger budget and a director associated with a well regarded feature. Tod Williams proved he could handle a difficult assignment when he adapted part of the John Irving novel A Widow for One Year for the movie The Door in the Floor starring Jeff Bridges.

"He has some credits. He knows what he's doing," she says, though Williams is far from a "name" director that could help sell the sequel to the public.

The single cam format has produced some pretty startling successes, from Blair Witch to Cloverfield and the recent sleeper hit The Last Exorcism.

The genre may seem confining, but Halligan argues it grants a horror film an immediacy that's hard to duplicate in traditional formats. That's a factor which could ultimately help Paranormal Activity 2 defy critics who see the sequel as a bald money grab.

"It brings you into the movie ... like you're watching someone's birthday video," she says of the format.