close
The crusade from script to screen 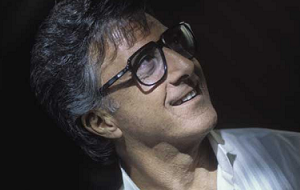 "If you're the producer, what did you do? See, nobody knows what you do. A producer, all he's got is the credit, some plaques on the wall-don't get me started. ... It's like a plumber: do your job right and nobody should notice. ... Producing is being a samurai warrior. They pay you, day in, day out, for years, so that, one day-when called upon-you can respond, your training at its peak, and save the day!"

- from Wag the Dog
Screenplay by Hilary Henkin and David Mamet, from the book American Hero by Larry Beinhart

Nobody knows what a film producer does. Who rides a Greyhound to Los Angeles dreaming of making it as a film producer? And when a producer hoists the Best Picture Oscar during the Academy Awards, the people at home say, "Who's that guy?"

By reputation, producers are rich kids, entrepreneurs, Wall Street savants, frustrated artists, percentage-obsessed film geeks and lechers with a large casting couch. True enough. And producers are also creative, passionate talents devoted to making a movie. But to make a movie, first you have to make the money.

Nine of the Lumière brothers' movies that day were short documentaries of factory workers, divers, blacksmiths and horse trick riders. But the last film was l'Arroseur arrosé, or The Sprinkler (available on YouTube). In it, a boy pranks a gardener by stepping on his hose to cut off the water-but when the old man gets sprayed in the face, the troublemaker gets a spanking. The Lumière brothers shot the film in one day and invented the fictional film—and the slapstick comedy. Only to do so, they had to scout a garden, hire a man and boy, hook up a working hose and buy film. Yes, among their feats, the Lumière brothers, who organized and paid for the shoot, were the first film producers—an unrecognized achievement (until now).

So a producer can be defined as the person who financed the making of a film? Not so fast.

Most of the time, a producer's money is not theirs, or not entirely theirs. Instead, the producer found somebody, somewhere to loan, invest, subsidize or grant a chunk—if not all—of the film's budget. Sound complicated? Google "Hollywood Entertainment Lawyers."

This is why movie credits list several types of producers. Anybody who invested money will want—and should get—a producer credit. And producer credits are a hot commodity. They prove experience in the business—and the bigger the film, the more valuable (and hard-fought) those credits will be.

After decades of murkiness, the Producers Guild of America recently defined the different producers a movie can credit. In essence:

Produced By: Producer with final say on all business and creative aspects of the movie, and direct participation in making all relevant decisions.

Co-producer / Line Producer: Producer with main responsibility for logistics of the production from pre-production through completion. All departments—lighting, costuming, transport—report to this producer.

Executive Producer: Producer who secures at least 25 percent of the money and/or, in the case of films based on books or remakes, was instrumental in securing those rights.

Associate Producer: Producer responsible for performing one or more functions delegated by a higher-ranking producer.

Of course in practice, the PGA's definitions just kick-start the argument over credits. And the Guild's new announcement that credits should add a "p.g.a." tag to accredited members could simplify—or complicate—the problem.

Without producers, there are no movies. Movies are complex. They require permits, contracts, funding, labor agreements, writers' and actors' agreements, distribution contracts, scheduling and technical knowledge of the filming process. Producers are money people—but if they don't want to lose that money, they must learn how to choose a good script, how to rework it, how to choose a director and how to choose the right actors. More importantly, producers are also psychologists and coaches, motivators and instigators, at once a director's and actor's toughest boss and best friend.