close
OPINION: The famous film editor is off target when discussing 3D

This Week in Cranky: Walter Murch Declares War on 3D 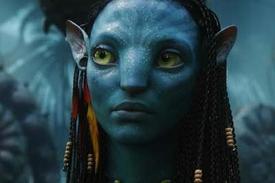 On January 23, Roger Ebert, poet laureate of film critics worldwide, published a letter from world-class, Academy-Award-winning film editor and sound designer Walter Murch about the inherent and inevitable fallibility of 3D technology and presentation. Ebert detailed Murch's many accomplishments, including pioneering the 5.1 audio presentation with Francis Ford Coppola's 1979 film Apocalypse Now which has since become industry standard for both theatrical and home exhibition, and having won Oscar nominations for editing films using four completely different systems, everything from an old-school Moviola to Final Cut Pro. In short, his technical bona fides are indisputable, his versatility undeniable, his expertise unimpeachable. So how is it possible for him to be quite so wrong about 3D technology?

Okay, okay—he may not be completely wrong. Given the mixed reaction audiences have shown films both converted and photographed in 3D, if not also the ticket prices attached to them, this discussion may be irrelevant within a matter of years. Not to mention the fact that it's probably true that in 600 million years of evolution, human beings have not previously faced the challenge of what he calls the "convergence/ focus" issue of watching Madd Chadd absolutely devastate an opposing dance crew in a 3D Step Up movie. But without attempting to be completely dismissive, Murch's arguments read like the unhappy musings of an extremely smart and capable industry expert who is dismayed at the prevalence of a trend which he personally thinks is valueless, or worse, invasive to viewers.

The most important word here is "personally." By his own account, Murch has only edited one 3D film during his career, Francis Ford Coppola's film Captain EO, starring Michael Jackson. Not only was EO produced in 1986, decades before contemporary 3D production technology existed (not to mention digital projection, which affords a more clear, stable and precise image to be shown), but that film was expressly (not metaphorically as so many are today) designed as a theme-park ride, which means that its 3D was very deliberately employed in order to confront the audience and manipulate their field of vision. Referencing his work on Coppola's film is irrelevant in terms of the quantum leaps that have been made in technology between then and now both in terms of production and exhibition, and of course that all-important interstitial process between the two—editing, whose changes he has quite literally acknowledged through his subsequent work.

In the interest of full disclosure, I should mention that I have a 3D television. Although I am not typically an early adopter, and prior to the first days of 2011 had never considered the possibility of watching entertainment at home in 3D, I purchased one for both personal and professional use (I wanted a bigger TV and a 3D one was on sale for an irresistible price). And my experience, notwithstanding the abominable post-conversion of movies like Piranha 3D, has been consistently great: even in my living room, and on electronic equipment that is still in a relatively primitive state, images are crisp and distinctive. Admittedly, I did have to make an adjustment to the experience of watching 3D—the action was so sharp and clean that even live-action characters almost looked like CGI—but after approximately three or four minutes, my eyes have adjusted easily to a number of films, screened day or night, and I haven't suffered from any headaches or disorientation of any kind.

Does that fact make me "in the tank" for 3D presentation? I'd say no—even if I only utilize the 3D for a handful of movies, I still have a spectacular-looking 2D television upon which to watch everything else, and have no vested interest in seeing an increasing number of films produced in 3D. (Well, I do prefer that they are produced in 3D, as opposed to converted.) I have frequently criticized 3D films for their unnecessary use of the technology as a commercial rather than creative tool, and suggested that readers see only 2D versions of most films that were converted into 3D, Green Hornet being the notable exception.

But what this experience has afforded me is some expertise about the longer-term impact of 3D viewing, including my own adjustment period, general reactions from an admittedly small cross-section of viewing companions, and an ongoing assessment of new 3D product. Scientifically speaking, little or none of this data is possessed by a person who (according to him) has seen only one or two films in 3D in theatrical experiences that (I can only say presumably in Murch's case) he cannot control and are therefore too uneven to be considered as a reliable standard of measurement.

Of course, Murch's scientific rebuttal is that human beings have never been confronted with the challenge of adjusting their vision to meet the demands of 3D presentation, which he says accounts for headaches that some viewers experience. His argument is that because the theoretical screen is 80 feet away but objects within the frame will have different focal depths closer and further than that distance, evolutionarily speaking our eyes will never be able to compensate for that variety of depths and we will subsequently have problems processing that information. But the exact reason that 3D works is not simply because it projects the appearance of multidimensionality on a flat plane, but because our minds recognize the depths of those images and we no longer see the plane—at all. As such, we are not re-evaluating multiple depths of focus according to the fixed distance of the screen, but reacting spatially to objects in the frame in exactly the same way we do if we saw them in real life.

Although he didn't explicitly touch upon it, the difference of course between cinematic reality and real life is that the latter doesn't have an editor like films do, which means that storytelling necessitates an assembly of shots of different shapes, sizes and focal depths, such as, say, going from a wide shot of a landscape to a close-up of the face of one of the characters within it. But aren't we in real life always presented with a constant re-framing of our reality, such as when a car passes in front of an object we're looking at, or when an action in front of us moves closer or further away? Admittedly, there are few real-life examples as dramatic as the one described in my fictional movie above, but the point is that a constant barrage of imagery and objects in our actual lives has forced us to adjust intuitively to differences of spatial depth, and there is no reason why they cannot do the same thing on film.

In fact, it may require experts like Murch to assess the fluidity of various editing styles in order to see which ones are more effectively suited to 3D presentation. (No one ever said there wouldn't be growing pains.) Although, two decades ago music videos and commercials heralded a style that was once considered incomprehensible but is now commonplace in a vast majority of filmed mainstream entertainment.

While I think his dismissal of 3D as less dimensional than a "good story" is unfortunate, petty sniping (even if thus far it's been largely accurate in terms of stories told in 3D films), I think the most damning component of Murch's argument is that it was presented to, and then by Roger Ebert. Ebert has repeatedly and vociferously critiqued 3D presentation as an irrelevant, distracting gimmick to jack up ticket prices, and while he may or may not ultimately have a point (prices notwithstanding, I don't think he does), any argument he puts forth—even one perceived as coldly logical, or even in Murch's case, biological—is essentially a screed to reinforce his opinion, rather than an honest assessment of the merits of this evolving and still largely unproven way of producing and exhibiting films. Or at least, it seems that way; there are only so many times that you can say you hate something until even a real, rational argument why that hate is justified is no longer a legitimate, objective analysis of a subject.

Overall I wouldn't purport to predict the inevitable success or failure of 3D technology as a viable format for production and exhibition, but as long as there are creative people who are interested in merging art and technology, I do feel like there are enormous untapped opportunities with the technology that we have yet to experience. In terms of Murch's critique (and his body of work as a whole), just looking at the list of his accomplishments, he clearly is interested in growing with the medium as a whole, and that adaptability has indeed made his expertise unimpeachable. But 3D is an area in which he is not an expert. And while I may not be either, it seems foolhardy to advance incontrovertible truth about a subject that his opponents—meaning filmmakers who have embraced the technology wholeheartedly, and actively participated in its development—have eminently more first-hand experience, and who have no doubt considered the ramifications of his objections, long before he even made them.