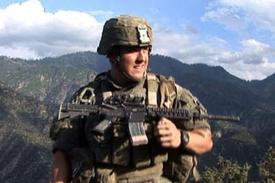 As the de facto creator of the phrase "the perfect storm" with his book of the same name, Sebastian Junger has been familiar to mainstream audiences—much less moviegoing ones—for more than a decade. But rather than resting on the not inconsiderable weight of that achievement, Junger has continued his exploration of unique subjects, or at least familiar subjects in unique ways, and last year he completed a documentary, Restrepo, whose portrait of the war in Afghanistan is so vivid and intimate that it ranks among the best films of the year, and was subsequently nominated for Best Documentary at the 2011 Academy Awards. Boxoffice recently sat down in Los Angeles with Junger to discuss the monumental achievement of Restrepo. Click on the links below to watch parts one, two and three of this in-depth discussion of his stunning, powerful film.