Sarah Silverman On Her ‘Peep World' Character, Comedy And Collaboration 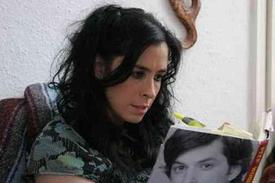 Sarah Silverman has spent the majority of her career saying, and doing, some pretty outrageous things; she's never shied away from controversy as a comedienne, and taken on tough roles as women who, to say the least, aren't always sympathetic. In Peep World, she plays the only daughter of an overbearing patriarch, played by Ron Rifkin, and she brings her trademark transgressiveness to a complicated character. Boxoffice sat down with Silverman in Los Angeles on the eve of the film's premiere in Austin at the South by Southwest Film Festival, where she wearily fielded our questions until she decided she'd descended into some Sheen-style madness.

This movie's a comedy but the characters explore some deeper feelings. How tough is it to find a balance between your character being outrageous and at the same time still realistic?

I don't think I ever had to consider the humor part of it. I just tried to play it real, and the words are the words. People, especially if dramatic actors do comedy, sometimes they're great at it because they just do it honestly and play it real, [but] sometimes it's a bummer because they put like some sort of "comedy" on it—they think you got to put some sort of comedy thing on it, and you don't. But I don't know; I just pretended to be this person.

You've played a lot of ball-busting characters in the past. Is that particularly fun? Or is it challenging because you are completely unlike that?

It's not so challenging. I mean, this part was fun because there's three dimensions to her. She's a bummer to be around, she's a nightmare, but she's isn't just a bad guy or asshole or some sort of machine-made foil for a good guy or something. She's a pathetic, heartbreaking malcontent who's desperately looking for someone to blame for her unhappiness. And that's familiar to me; I know people like that. Other times I've played that part, it's just been two dimensional, and that's what Jewish girls get—they get to be the sassy friend or the bitchy girlfriend before a guy finds out what love really can be. And I'm not interested in that stuff anymore. It was nice to get roles, but eventually it's a little bit soul-killing; sometimes it would be nice if a dark haired girl of ethnicity can just be a nice person. But to me that would be the exciting role, like a kind, good hearted person who's human and isn't created for someone else's exposition. That would be a dream. But I'm not complaining, because I love this part; it's not just another bitch. Given to my own devices, I like to play kind of nightmare people or people who are arrogant, but ignorant. But it's just nice to have a whole person to play, so it was fun for me. There was this kind of a sympathy you could have for her, even though you would never want to sit next to her or have to hang out with her—she's such a bummer. But it's a drowning person, and I think that was interesting to me.

This film is very much about how we define ourselves, and also who our parents make us into. Did look at the way the people who are playing your parents were acting and take inspiration from that?

Yeah, it was fun because I had scenes with my mother and scenes with my father, Ron Rifkin. It was good to have an opportunity to draw from who they were playing and how they played it, and reacting to that.

What sort of preparation do you do? Is there any formal process of internalizing, say, what the other actors are doing, or do you tend just to react in the moment?

I like reacting in the moment. I mean, maybe there is some sort of game plan going in, but it all has to get thrown out the window for things to kind of look interesting. I just read it, and then I understand it, and then I pretend it. I don't know—I try to keep it as simple as possible, so that there's room to do stuff.

Is it more important just to play exactly what the movie needs, or to challenge yourself creatively with each role?

I think it's kind of a team effort. It's not like, oh, I want to find my moment to shine, or anything like that. You want to serve the movie.

How free have you felt to explore whatever sort of ideas interest you as an actress and comedienne, without worry about threatening your audiences in some way?

Totally free. I never think of that stuff—that's other people's bags.

Has it been a challenge for you to find people who are accepting of that?

No, I don't even think about that. I wasn't raised to even think twice about that; maybe it was inappropriate or something, but I don't understand how a conversation or bringing up real things are taboo. I don't understand taboo, what that means; I never consider it. I like being kind, I like being thoughtful, I like being loving, but talking about things, why would there be ever something you can't talk about? That's just what you should be talking about it. That's why there are fucking wars! But I don't know. I sound like Charlie Sheen (laughs).