'Insidious' Director James Wan: Scary Movies Out Now Are Made Outside The Studio System 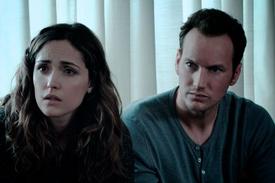 Director James Wan, the co-creator of the Saw franchise, doesn't spill a drop of blood in his new thriller Insidious. And Wan couldn't be more proud of that not-so-grisly fact. Insidious, co-written by Wan's frequent collaborator Leigh Wannell, stars Patrick Wilson and Rose Byrne as parents haunted by something more than yet another ghost-infested house.

Wan spoke to Boxoffice about this new thriller, his appreciation for independent movie making and why his blood chills at the thought of remaking a genre classic for the sake of a quick buck.

On the surface, the haunted house movie feels played out. Was that the challenge of tackling a movie like Insidious?

I think part of the fun was taking a really established sub-genre and twisting it around. If we were toddling down the same path as the haunted house movies of the past I didn't think we would have considered it in the first place. We thought we could bring something unique to it.

Insidious stars two of the more underrated actors around. Talk about what Patrick and Rose brought to the film and how they meshed with your vision for the movie?

I think I try not to look at Insidious as an independent, low budget horror movie. Lots of independent movies have great actors, like The Kids Are All Right. We apply that mentality to genre films. If [actors] think the script is good and it allows them to do things they haven't done before they'll take it. They were two actors we really wanted to make the film with, and we were thankful and honored they wanted to make the film with us.

You shot Insidious in real houses, not on sets. Why did you choose that approach, and did it make the shoot more difficult?

In filmmaking, it's always easier to shoot movies in a controlled environment. You don‘t have to worry about traffic, outside noise and planes flying overhead. I really feel the authenticity of shooting on location adds to the realism of the film. My camera can follow an actor outside of the house without cutting away. It allows me the freedom to open up my shooting.

You've said your new film is you going back to your roots, going indie as opposed to a studio feature. Why is it that many studio horror films fail to scare us?

It's really interesting. I think the studio mentality, the studio style of filmmaking, is very different. When we were cooking up the idea for Insidious it was very detrimental for the film to funnel it through the studio system. We wanted to make it as low budget as we can. Follow your own instincts and make the film correctly. It's proven time and time again, that the most successful, effective, scary movies out now are made outside the studio system.

Why do you think you and Leigh work so well together ... and do you see your partnership continuing?

I've known Leigh since we left high school many, many years ago [laughs]. We've always shared the same interests, the same love for movies. We work well together because our strengths really help to complement each other's weaknesses. I will bring stuff to Leigh, and he'll bring stuff to me and we bounce things around. We have no idea who cooked it up in the end.

Have you been stereotyped in Hollywood circles as the Saw creator, even though your other films were different in tone?

It cracks me up and it annoys me at the same time. The first Saw film, it actually has very little gore compared to the imitators. The first's tone was really a psychological thriller. [With Insidious] I wanted to prove it's possible to make scary movies without blood and guts. It's PG-13 [laughs].

With Dead Silence I wanted to make a throwback horror movie like the Universal horror films from the ‘30s and 40s. I'm a fan of old school scary movies.

Thoughts on the horror genre in 2011—are you optimistic, wary of so many reboots, or something entirely different?

I don't really have a take, per se. I think like most things, if [a horror movie] seems successful they'll copy it until it's worn out. Every now and then they take the effort and say, ‘we wanna do something original.‘ When someone does that they should be commended.

Is hard to resist when you get an offer to helm a classic horror movie remake? Are there any classics you wouldn't mind taking a whack at - and why?

Leigh is a lot more adamant about [remakes] that I am. I've got nothing against remakes. Some of my favorites are The Thing and Cape Fear. These are really good films. But don't remake something that isn't really broken in the first place. If you can bring something new to a project, that's fine. If something good comes along I'll look into it. The ones I‘ve turned down don‘t really need to be remade.