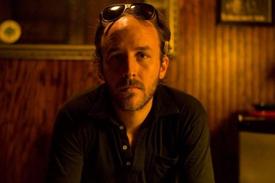 After the success of Blue Valentine, particularly in regard to the actors, you had the awards season to wade through. Was that at all nerve racking for you?

No, not at all, because it almost felt like a blessing. I had spent twelve years working on this film, and I was in my own little world. And slowly over those twelve years I was able to build a group of people around me who believed in the film like I did, and a big part of that group included the actors Ryan [Gosling] and Michelle [Williams]. It didn't have to happen or not happen. A big part about being brought to the attention of the awards, for me, was that it made me feel like I wasn't crazy. I think that any time you're more about something, you're walking a fine line between delusional and being real, and it was just nice to know that those twelve years that I was dreaming about this film were spent on something that other people wanted to see too.

As far as the Blu-ray and DVD release goes, are you excited that the film may be able to reach a larger audience now?

Oh, yeah, it's great, you know? Also, in editing the film we realized just how many things we did in production. I mean, when shooting the film, it was probably the best stretch of time for Ryan [Gosling] and Michelle [Williams] and I had in all of our lives. We just had a great experience with it, and did so many things together on set, and then what ends up happening is you have to cut it all into a two-hour feature; inevitably, some moments get lost on the editing room floor. So we were able to put in, I think, four deleted scenes that will give people an idea of what it's like to be on set. It really goes into the "bad things are real" situations we were creating out there, and it lets you watch the life of the movie being made without being constricted by narrative restraints. You get to really see the process of the actors. For instance, the poster shot, which kind of had them making up against a brick wall, in the DVD bonus material, we were able to include the scene leading up to that moment. Michelle first put makeup on Ryan and made him look like a "pretty girl," and then he put makeup on her face and made her look like a skeleton. She got so mad that he made her look like that that she ran out of the shed and Ryan had to chase her in the rain, and anyway, they ended up making up against a brick wall and that's where we took the shot for the poster. But there are just constant discoveries like that throughout the making of the film.

I understand that you'd call the film a cautionary tale, but that you don't believe it's cynical. Could you expand on that a little?

Well, I believe in love, and the movie is a hopeful movie, for me, because it ends with the recognition of a problem between two people, and it doesn't live in a delusion at the end of the movie. These two people have both confronted and gotten open things that are going on between them, and have begun that whole process to re-patch things in your life. But [this acknowledgment] is an important one, otherwise people end up living in delusion. When Blue Valentine is over, it's clear that life is still going on for the characters, and that's been one of the great things about taking this movie on the road for the last year—people really relate to the characters as real people and not just as movie characters. People often take sides with either Dean or Cindy, and people often have ideas about what happens after the movie is done: Did they get back together, did they not get back together, what happens to them? I love all of those interpretations. That was always a big goal with the film, to make something that's alive, and have actual life and consequence and choice and questions and mystery to it.

I had noticed that characters seem to be view relationships based on their life experience. Cindy's parents were more romantically weary compared to the youthful optimism we see in Dean and Cindy.

Yeah, I think that everyone in some way suffers from nostalgia in that they think things used to be better than they were. But I think there's an innocence to early love, and I think one of the things going on with Dean and Cindy is that they both lived in households where they didn't have great role models to show them how to have healthy relationships. Cindy's mom was a drunk, and her was father was overly abusive. Her mom became a sort of frozen person that never allowed her to grow. And for Dean, his mom left his father when he was ten-years old. So I think for both Dean and Cindy, when they meet each other, and later when they're falling apart, they're trying not to repeat what they saw their parents go through. Cindy is trying not to become her mother and Dean is trying not to become his father. But you realize pretty close to the end of the film that one of them has to lose: If they stay together Cindy's probably going to become like her mom, and if they break up Dean is probably going to become like his Dad. I'm really interested in this idea of ancestry, and things that kind of get passed down through generations that you can't really shake—the things that you're born with and the things you try to escape. My next film is called The Place Beyond the Pines, and it's very much based upon that Darwinian struggle for survival and evolution.

That brings me to the question of what you have planned next. Are you going to continue with these sort of naturalistic dramas or are you headed in a different direction at all?

The Place Beyond the Pines is a naturalistic, very raw drama, but it's also an epic story. It's still about families, but this one is about fathers and sons, not husbands and wives, and it takes place over a couple of different generations. Ryan Gosling is going to be a motorcycle stunt rider that finds out he has a baby out there, and he decides to try to become a father. It's different than Blue Valentine in that it has guns and motorcycles in it.

When I was making Blue Valentine, and we were shooting the kitchen scene at the end of it, it was just so emotional, so difficult. And I thought to myself, "You know, if you wanted to make a really violent movie about emotions, like Blue Valentine, it's very, very hard to do and that's why people bring out guns in movies." It's much easier to just pull out a gun. So in my new film there's two guns and two gun shots. I watch all these movies where they think more is going to create some sort of effect. They have like 10,000 bullets that get shot off, and I think that numbs you after awhile. Where are these bullets going—they're not landing anywhere, you know? In The Place Beyond the Pines there's two bullets that get fired, and both of them find some damage. So that's one, and the other thing I've got going is that I'm doing a series on HBO called Muscle, which is about a guy who transforms himself from a bookworm into a muscle-bound monster, and that's based on Sam Fussell's autobiography.

Blue Valentine lands on DVD/Blu-ray on May 10.