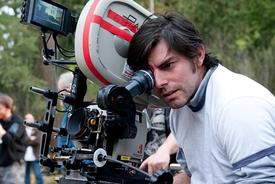 BOXOFFICE recently sat down with Chris Weitz to discuss A Better Life, a naturalistic and moving portrait of immigration in Los Angeles with a strong father/son story. Before we post the full interview, we wanted to pass along some words from Weitz about American Reunion, the fourth theatrical release of the American Pie franchise, and his half-serious joke about who else could have directed The Twilight Saga: Breaking Dawn.

Summit will release A Better Life on June 24.

When you were shooting New Moon, did you think about how on earth you would shoot the birth scene if you had to?

[Laughs] No, I wasn't because I knew that I wasn't going to do Eclipse and I thought, "No way can I figure this one out." I thought, "Well who could do it? David Cronenberg?" I have no idea how they've managed to get around all of that. I would imagine, you know, since I'm a coward it would be a lot of quick cutting, dissolve-y misdirection. I don't know. It's a tough one. I'm not sure how I would have figured that out.

You've gotten pretty much got the entire band back together for American Reunion: Tara Reid, Chris Klein, Seann William Scott, Alyson Hannigan, Jason Biggs, Mena Suvari. Is it different working everyone now? Are they different?

I'm just having a look at the script and I think it's really good. My brother said he went to a table reading and it was really lovely to see everyone, which is nice because you would hope that years later people are cordial and friendly and happy. I did see Natasha Lyonne, who had gone through a really rough time last year and is doing really a lot better. It was great to see her. We ran into each other at Starbucks.

That cast has had a lot of troubles.

The Curse of American Pie. I've seen that on the internet. It's kind of the curse of Hollywood more than anything.