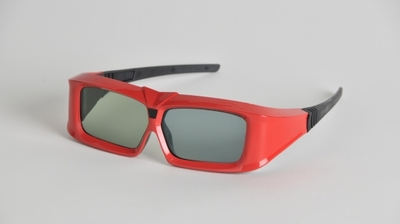 No one will ever accuse director Tarsem (nee` Tarsem Singh) of artistic restraint. His first two films, 2000's The Cell and 2006's The Fall were distinguished by being completely incomprehensible, but also (naturally) by his distinctive visual style. That style features stunning color contrast, stop effects and 'ramping,' and a kind of obsessive attention to visceral, gory detail particularly suited to his voyeuristic take on violence. Those qualities are abundant in his upcoming third film, Immortals, and at a Comic-Con panel discussion of the movie, Tarsem dove into an indepth consideration of his famous aesthetic tastes.

Immortals is a unique take on the Theseus myth that, among other thing imagines the Olympian Gods as youthful and heroic, rather than as old men in the sky. It also features something the director hasn't tried before: 3D. One can argue the decision to shoot in 3D is motivated as much by the financial failure of The Fall (and his need for a hit film) as by any artistic concerns. One person who might agree with you is Tarsem himself. After hearing Tarsem's surprisingly frank thoughts about 3D in general, it's clear he's been thinking along the same lines.

"I think it's kind of an aesthetic call," he said of 3D. "Maybe in 30, 40 years we're going to see things differently. You've got a 3D picture on a 2D surface and there's lot's of inherent problems there. This stuff is going to date very badly. You're going to see a change, then changes and in 30 to 40 years when there's holograms and you're going to plug yourself into a computer, you're going to look at this as ancient as the Hieroglyphs of Egypt."

Tarsem needs a hit or, at least a profitable film, and 3D is a solid means of boosting receipts simply because of the increased ticket price. Tarsem doesn't hate his own movie. He's not making the case for the relative quality of Immortals, but on his view that 3D is transitional but useful when it suits the needs of the movie. After dissing the hell out of 3D, he added: "But I think it has an aesthetic quality that is still very valid... I just think it's a very useful thing to do. It works right now and it will probably date, but it's an aesthetic choice that works."

This of course doesn't answer the biggest question in our mind: Will Immortals be bloody incomprehensible? Still, it's refreshingly candid to hear Tarsem be so down on the premier promotional gimmick of our time. It's almost enough to make you forget how much the film's marketing wants you to think it's 300: Part Two.