Comic-Con 2011: 'The Fighter' Studio To Turn Top Cow's 'The Darkness' Into A Feature Film 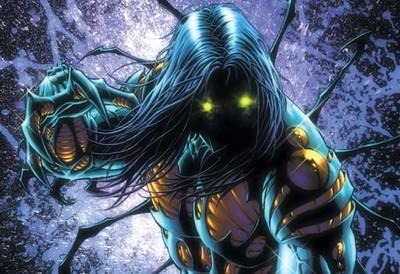 During a panel discussion of the upcoming video game The Darkness II, Comics publisher Top Cow's Matt Hawkins confirmed that the long running comic The Darkness is being adapted into a Feature Film by Mandeville Films. Previously known for clunkers like Beverly Hills Chihuahua, Mandeville is enjoying a new period of legitimacy in the wake of the success of 2010's The Fighter, and are capitalizing on it by turning the hugely successful comic series - 25 million issues and related merchandise sold
since launching in 1996 - into a potential new movie franchise. No stars are currently attached.

While Mandeville is unlikely to expect the Oscar accolades that accompanied the Fighter, a film based on The Darkness is likely to be extremely controversial. The Darkness centers around a mafioso hitman, Jackie Estacado, who is possessed by an ancient demonic spirit (the titular Darkness) who ultimately rises to the top of his crime family. There has been no confirmation of the intended film's rating, but given the fact that a PG-13 rating is a practical requirement for any movie seeking to turn a profit, it's almost certain that significant story elements will have to be toned down. Will that kill the project? That's up in the air but it wouldn't be the first, or even the second time a proposed movie version of The Darkness has died.