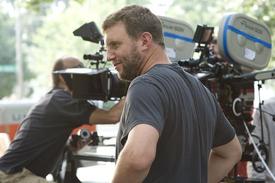 Like many in Hollywood, Ruben Fleischer was a young director with a dream. A former PA on the set of Dawson's Creek, he tooled around in music videos for M.I.A., shot commercials for ESPN and Burger King, and waited for his moment to hit big. Then came Zombieland. Overnight, the then-35-year-old was the hottest property in town-he even found himself on the shortlist to direct Mission: Impossible IV. Even more surprising was when he turned a lot of big ticket films down. Fleischer explains why patience is a virtue—even when you've got just 30 Minutes to make your next impression.

The last time we spoke, Zombieland hadn't yet come out. Since then, your life has changed.

It was like a dream come true. It was unbelievable. For so long, for eight years, I'd been trying to get a movie made and then suddenly, there's all these opportunities that I could never have fathomed or imagined being presented. But luckily I found the script for 30 Minutes or Less and that was the one that I just fell in love with and thought I knew how to make, so I got very excited to bring it to life.

But before 30 Minutes, you said no to a lot of high profile offers—was that scary?

I think saying no is a lot less scary than saying yes to something that you don't feel completely confident that you can do. There was no fear—it was more that I just really wanted to have a handle on what I was going to take on and 30 Minutes just felt very in tune with my sensibility and my taste. I felt like I knew the right people to play the different parts and I was excited to do something that didn't have zombies in it. It's a true comedy.

And true comedies are rare. Most comedies nowadays are genre mash-ups, or ones where people talk about fatherhood and end with a big hug.

I mean, I love Bridesmaids. I thought they did a pretty good job with that. And I guess this does have an action component—it's more than just completely straightforward—but it's definitely an original story that has darker overtones. It's maybe not the most comedic premise, strapping a bomb to someone's chest, but luckily it was so well-written and the characters are so clearly drawn that it all kind of works.

People watching it might not know that it's based on a wild real life story.

I had never heard of it when I read the script.

Let's talk about Jesse Eisenberg's character Nick, which is different than the usual Eisenberg: he's not that bright and he's kind of a slacker.

I think it was really cool for Jesse to take on something a little bit different. He was psyched to play not that same stereotypical character that he's played in the past. I think he was also excited for the compelling, dramatic challenge of dealing with being strapped to a bomb, but within the context of a comedy. That requires a lot of skill. A lot of draamtic actors can play the bomb and a lot of comedy actors can play the circumstantial things, but Jesse is truly, uniquely able to show the balance of both.

And what does that balance mean to you? You're directing a comedy about a guy strapped to a bomb.

That's the engine that drives the whole story and it's Nick's reality, so I think ultimately it heightens the circumstances of everything. To me, the funniest scene in the movie is the bank robbery scene. It's a hilarious premise that Jesse Eisenberg and Aziz Ansari rob a bank—that could be its own movie, just thouse two as the world's worst, most ill-equipped bank robbers. But when you add in the compenent of the bomb, the why they're doing it, the urgency really makes sense and adds to the excitement of it for the audience.

It's a film of big—but actually kind of small—ambition. Danny McBride's ultimate goal is just to inherit a million dollars from his dad-

And to build a tanning parlor staffed by prostitutes. That's his big plan, his master plan, is getting money so he can make a tanning salon brothel. I would say that's about the lowest ambition a criminal could have.

You even show the ugly strip mall where it would be next to, what, a Subway Sandwich?

If you sit through to the end of the credits, we have a commercial for Major Tan, the actual tanning salon.

Usually, comedies like this have two main stars. You had to wrangle four. On set, did you have to be the bad guy when people got carried away improving and goofing around?

That, I think, is the job as director. No one takes it personally. You could not find four cooler, nicer, more ego-less, generous people than those guys. It was the type of thing where people didn't go back to their trailers on set—they just hung out. We had fun. But the really interesting thing and it's not immediately apparent when you watch the movie is that we shot all of Nick and Danny's stuff together and then we shot all of Jesse and Aziz's story together, and the two stories don't really overlap except for when Jesse goes to the stockyard at the beginning and at the end scene, where half the time you don't see Aziz-he's off in a corner somewhere. We'd alternate. We'd have Jesse and Aziz for a couple days and then we'd have Danny and Nick for a couple days. So they didn't know what the other people were doing. They read the script, but there was so much improving that when they saw the final movie, they were like, "Oh! That's what you guys were doing when you were off."

So you were the only guy who actually saw it all come together.

Yeah, that's my job. I'm the guy who has to keep it all together. Their job is just to do the best version of their part and keep the reality of their characters as true as possible. I kind of felt fortunate because I got to see how hilarious everyone was. I think for them, when they finally saw the finished thing, they were all just psyched for the other team. Nick and Danny were really psyched for Jesse and Aziz because they were so funny, and Jesse and Aziz obviously thought Nick and Danny were hilarious.

They switched allegiances and started rooting for the other guys to succeed?

I hope it's like the Team Edward and Team Jacob situation. People are only for Team Danny and Nick or they're for Team Jesse and Aziz.

Maybe if they took their shirts off more.

That'll be the sequel.

Talk to me about your next movie, Gangster Squad, an LAPD drama set in the '50s with Ryan Gosling and Sean Penn. That's a wholly different type of film—are you eager to show off the range of what you can do?

Yeah, if I do it right. Otherwise it'll show how limited my abilities are. [Laughs] But I'm excited for that same reason—it's a huge, hugely exciting opportunity. And everybody loves gangster movies. Just to get to work with this caliber of actors is exhilarating. We shoot in two months so I'm already in pre-production.

And you've got Michael Peña again, being hopefully more lovable than his hitman is in this movie.

His character is actually a really sweet guy in the movie. I love working with Michael and I hope to work with all these actors again from 30 Minutes—they're all wonderful.

Are you still talking about Zombieland 2? And if so, it seems you have to time it so the zombie craze isn't over—that is, if it already isn't.

Or that Abigail Breslin isn't married and has children. We're definitely still talking about it, but every day it seems less and less realistic that it will come together despite all of our wishes that it would. It seems less immediate than it did.

Well, there's no shame in being a guy who always directs a brand new film.

I think you hit the nail on the head. It's always exciting to take a new challenge and hopefully these three movies that I've done so far are indicative of that. As much as I love Zombieland, it's even more insane to explore new worlds.