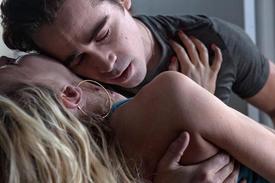 Luck stroke when Marti Noxon got hired for her first writing job—the second season of Buffy the Vampire Slayer, the hot-blooded teen horror romance that makes Twilight look tame. But it was talent that kept her on the show. In her first two years, Noxon wrote over half of the show's episodes—a staggering amount—and was quickly bumped up the ranks to co-producer, supervising producer, executive producer and, ultimately, show runner. When the show ended, she kept busy writing for Angel, Mad Men and Grey's Anatomy while waiting for her crack at the silver screen. She got what she asked for. This year, Noxon penned two of DreamWorks' big teen thrillers—I Am Number Four and Fright Night—a vote of confidence from Steven Spielberg that isn't going unnoticed in Hollywood. Noxon talks to Boxoffice about elbowing her way into the boys room of horror screenwriting and how she updated an '80s flick for a more seen-it-all generation.

What were your first thoughts when you saw the original?

I really appreciated the humor of it—and for me there was some unintentional humor, too. There's a fun campiness to it that would crack me up. That the vampire was named Jerry and he wore all these shawl collared sweaters. And the fact that he would position his victims so Charley could see their boobs. But at same time I thought the concept was really smart—taking that Hitchcock Rear Window premise and making it a teen protagonist. There was a lot of winning stuff between the characters and the relationships between the young characters was really refreshing. It was a more fleshed-out universe than most of the teen films of that era. So when they said they were remaking it, I had an instant gut level "Yes!"

You made some big, interesting changes to it—like moving the setting to Las Vegas in an isolated suburb where the housing market is collapsing.

That was almost coincidence. I had been working on a movie idea for a horror film set in the suburbs of Vegas because I had spent some time there when I was canvassing for Obama. The mortgage crisis had hit there really hard. I knocked on doors in Clark Country and started to become aware that every third house was in foreclosure and a lot were simply abandoned—people would take off in the middle of the night. It had this eerie, ghost town feel, but at the same time people were still living there and trying to get on with their lives. And just down the way is Sin City. Vegas has always captured my imagination. You know in Planet of the Apes where they're walking around and they see the Statue of Liberty? I think next they come across parts of Vegas and they're like, "Wait a minute—there was a part of America where they sent all the bad people to party? I don't understand! And it's isolated in the desert so they couldn't do a lot of harm to people—did they put them in the middle of nowhere so they would go crazy?" I just thought Vegas would be a great place to put a vampire. Plus, it's a night culture.

Which is perfect. In Vegas, who doesn't sleep all day? And you switched Peter Vincent, the vampire expert, from a late night TV host to a Vegas magician.

Partly, that was by necessity because the late night horror film host is a thing of the past. I did a Google search and discovered that there were only two left.

Elvira is still kicking, but the rest of them are gone.

Elvira is still kicking and I think there's one other, but it's just not something that in pop culture people would understand. So we knew we had to redo the character and because I'm Vegas-obsessed, when I was down there one time I noticed there was a stage show called Bitten or maybe Bite. It's a vampire-themed Las Vegas revue with really hot topless girls. And I had read somewhere that Penn Jillette has a really large collection of occult stuff. Even though he's a debunker, he collects all this cool stuff. He has a dungeon and lots of books. I thought there was something there. And there are all these campy, gothy magicians, so there we went.

I have to ask you this: there's this one line I love where Anton Yelchin is in the car and—

Oh yeah! The "f-king vampire hand!" Who pitched that? Michael De Luca pitched that, one of the producers. I wish I could take credit for that line. There's a lot of swearing in the movie. It's funny because I'm working on these projects that are, at best, PG right now and it's really hard not to have everybody just dropping the f-bomb. It's how my mind works. If you go back and look at the old Amblin movies that I cut my teeth on—those were some of my favorite filmmakers—kids in those movies swore. They were just more raw and real than they're allowed to be in a lot of movies today. You can see that J.J. Abrams in Super 8 was really having fun going back to the voice of those kids. And I definitely wanted to make this have an Amblin feel. One of the biggest compliments I got from Mr. Spielberg was that he briefly considered releasing this under the Amblin banner because he was like, "It's an Amblin horror movie!" We didn't get to do that, but I was happy he even thought about it—super happy. To have Mr. Amblin himself suggest it was pretty rad.

One thing that especially marks your career is you've always been in touch with how teens really feel and act.

It's because I'm severely immature and suffer from a bad case of arrested development. I spend a lot of time in rooms with other genre writers who are all similarly handicapped. We all still read a lot of comic books; we all still eat up pop culture. There's two things: I'm such a fan of those early films that I revisit like Poltergeist and E.T. and Close Encounters and Goonies and Bad News Bears—all of those movies that have those refreshingly real kids. And the other thing is that I don't really differentiate between how I write adults and how I write children. I feel like there's a kind of precociousness that can sound really twee and unreal that I try to avoid. But at the same time, once you start talking to a kid over 8 or 9, it's kind of amazing how they speak at an adult level even if they don't always understand what they're saying.

The idea of youth seems to have changed so much since Fright Night came out in 1985, but has it really? What kind of updates did you have to make to teen culture?

For one, I think the tools of youth have changed dramatically. One of the fun things was that you always wonder in movies why people aren't using their cell phones. I didn't want our characters not to have them. So then I had a kid with a little computer in his hand the whole movie and we used it. That's the reality. If you want to learn how to pick a lock, you're going to ask your computer. And it's funny because in the moment when Charley looks up how to pick a lock on his phone, the audience laughs—but I think it's because it's that universal recognizing of, "Oh yeah! That's what you'd do!" And at one point, Ed threatens to send a video wide to all their friends to embarrass Charley. There's all these different tools they use, but the underlying theme of the movie has always been: how do you become a whole person? How do you become a genuine person? And Charley's always trying to lop off the arm he doesn't like, the geeky, nerdy part of himself because he thinks that's not cool. And at the end of the movie, to become a whole person and a real man, he has to integrate all the parts of himself. I don't think that's any different than it was 50, 60, 100 years ago. Identity is the central theme of youth. And narcissism.

I read that you came up in the world through Anthropology. I can almost hear that listening to you describe your film.

It's interesting. I studied Anthropology because my dad is a documentary filmmaker, so we had Margaret Mead action figures. I was always really intrigued by the study of culture and society, but eventually fantasy won out. But I think there's definitely an intersection—if you want to write stuff that people will connect with, you have to be examining the macro and the micro at the same time.

How have you jockeyed for position in that world?

I'm so lucky in that my very first job was with a Wesleyan graduate who was a bigger feminist than I am. [Laughs] Joss Whedon was very in touch with his feminine side and really respected women and always had them in positions of power in his show. The life of that show has given me creditability that I don't know if I would have ever had otherwise. I had that instant point of entry. But I think at heart it's because I'm a drama writer who loves the toolbox that genre offers. That makes me popular with some people and not so popular with others because I'm not as steeped in geekery as I should be. I don't understand the difference between the First and Second Prime Directive. I had no idea what was going on in J.J.'s Star Trek. But I do love a good story and a good character, so I hope that's why I have my job.