'Contagion' Screenwriter Scott Z. Burns On Why We're Most Horrified By The Mundane 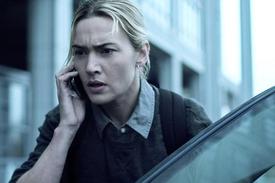 Though his breakthrough was the script for The Bourne Ultimatum, screenwriter Scott Z. Burns is more interested in focusing on emotional—not physical—drama, like his The Informant! (also starring Matt Damon—he's now three for three) in which Burns made a mockery of the truth in his tale of a corporate whistleblower hiding his own lies. With Contagion, Burns transforms the disaster-movie trope of a deadly virus into a palpable, terrifying reality. Boxoffice sat down with Burns to talk about the unpredictable doomsday drama triggered by a random chain of events—and he bravely faced down my question about the film's unflattering depiction of online journalism with a trouble-making blogger played by Jude Law.

One thing this film does is highlight the contact we ignore on a daily basis that could get us sick. How difficult was it to write a script so that it included these visual details without taking over the director's seat from Steven Soderbergh?

When I wrote this script, I made a point of writing out in the action sequences that so-and-so grabbed a doorknob and walks out, or so-and-so hit an ATM machine. There were a number of stage directions that suggested things. And the great thing about working with Steven is that my script is there not for him to literally go out and film. It's just communication, and I know that when he reads that and he takes it in, if it's not in that exact scene he'll find a moment, or he'll go to me, "This would be a great moment for us to have a little bit more of that. Can you think of a good way?" That's been the great thing about working with him—I've been on set every day and so I can walk up to him and go, "It would be really cool if the Japanese businessman asks Gwyneth [Paltrow] to blow on the dice for luck," because that's something that would happen in the world.

The film's theme emphasizes the randomness of everyday events. Why then was it important to provide an explanation for how the virus started?

Steven and I both liked the idea of a movie that was a murder mystery, an investigation story that doesn't get solved until the last frame. That's what we wanted, and that's how the original script was. I always felt that if I could do that, that would really keep you there until the end. And I applaud those that would be really happy without that. But I think that it's important that it's there. Yeah, these things are random, but that doesn't mean that we can't know them.

But was there a karmic causality in that Gwyneth Paltrow's corporation might be somehow to blame?

I'm glad you got that—a lot of people don't notice that. I produced An Inconvenient Truth and obviously I have a point of view about some of these things. A lot of people when they talk about where we should look for the next virus, they describe a thing called an "ecotone"—that's basically the margin between what's left of the wild world, and what we're encroaching. So now because we're in places we've never been before, we're coming in contact with things that we've never been in contact with before, and we're also driving the animals that lived in that place to other places where they come in contact with things they haven't before. So we're conducting a very wild experiment out there without even knowing it. And even without any judgment, that's where science is looking for new diseases.

How tough is it to write a script that reinforces the idea of randomness without merely being a string of unrelated, "random" events that happen to unfold next to one another?

First of all, the rule that Steven mentioned was a discipline we enforced all of the way through, which was that we can only show things that our characters see—we can only go to places where they go. We can't just have the Eiffel Tower fall over, even though it might be an amazing movie moment. And the other part of that, which I think is my rule, is that the characters have to be able to exist even if the movie wasn't going on. The things that happen to them have to follow or be of the same ilk, and you know what? There are people who lose their jobs and their self-esteem plummets and their relationships suffer and sometimes people have affairs, and so what happens in Matt Damon's household is a thing that would be happening regardless of the virus. And Laurence Fishburne is in a long-distance relationship and he is worried about his girlfriend and so to get her to move, he reveals information that maybe in a different relationship he wouldn't have—although I think that's one of the real dilemmas of his job. And Jude Law is a guy who has obviously been marginalized by the San Francisco Chronicle and he wants to make his bones. So those guys all existed in the world before the virus started, and to me what I felt was important was creating characters that were already having these things that all of us struggle with, and then lay the virus over it and see how that changes things-and how those things change the virus.

Speaking of Jude Law's character, he's sort of the most interesting character because he is able to prophetically figure out what is happening—

But at the beginning of the film, the audience is on his side. Later, we see Law as more of an opportunist. The movie seems to have a very negative perception of bloggers.

Well, I think what it comes from is during H1N1 there were a lot of people on the internet who put out bogus cures—in fact, the guy who invented Zicam, which is a product that I use, was just indicted for putting out a homeopathic cure during H1N1 and marketing it. He just was sentenced two weeks ago. So part of it was about that, and that throughout history, whenever a malady appears, snake oil is two weeks behind it. But I think that we rely on the press to help us in these times. The government has a problem, which is that if you give people too much information, they may panic, and if you don't give them enough information, they might not take care of themselves. In New York City, people were recently evacuated for a storm that ended up not being as bad there as people thought, but you've got to err on the side of safety—and that makes them vulnerable. It looks like they don't know what they're doing. And sometimes, as it turns out in the case of Katrina, they didn't know what they were doing.

So we have this relationship with the press where we need them to tell us what's happened, and with the Internet, words don't announce themselves as being true or not. They're just words, and we don't know what has been substantiated and what has been corroborated, and what journalist is using what journalistic standard. We're out there in a landscape with a lot of unfiltered content—which is great. The democratization of information is a great thing. But like any other kind of democracy, it has its problems in that not everybody has the same standards, and we're going to be very, very vulnerable in times of crisis, as has been proven repeatedly, when someone's going to go online and manipulate an event for their own agenda. And interestingly enough, my friends who do blog love that character because even within the blogging community, the people who are the most outraged by bad bloggers are good bloggers—those are the people who are being marginalized, because they're all being lumped together.

Was there any thought given to having a legit press counterpoint to him?

Well, a friend of mine in London said that there's already an internet buzz about the movie being a piece of propaganda driven by corporate interests, and I happen to know that's just not true. And yet for conspiracists, it's fodder to go and do that. So how do you stop that? It proliferates the exact same way a virus does. And ultimately that's what that was: it was just a metaphor about information and how it spreads. But I get it, and the debate about it proves exactly what we were trying to say, that there's an opportunity for people to advance their own agendas and see in it what they want, and I don't know if that moves anybody closer to the truth.

There was some concern that the film's trailer revealed too much, including the fate of one of the major characters. Is there some value in revealing that kind of information so early into the promotion of the film?

I hope I'm not breaking ranks with anybody, but I was bummed out that we did that. I mean, the people at Warner Brothers are amazingly open with the filmmakers, and Steven and the producers all thought it was a great idea—and I get what they're saying. It kind of said, "If these guys are willing to kill movie stars, then this is a film I want to check out." So I get the strategy. But I was kind of sad that we did that. I would have liked to have kept that hidden.

So if you suggest that anybody could die, it heightens the drama.

By virtue of this subject matter, does a story like this have natural drama when you're writing it? How do you balance intensity with authenticity?

That was sort of our mission at the beginning, that there's a kind of terror in the randomness of things and a loaded tension to the mundane. That was what we really wanted to make this movie about, that it may not be the spaceship coming down and spreading some weird disease over us, but that the disease is going to come just from our normal life here on Earth. It's going to come from our contact with plants and animals that we haven't touched before because we're spreading out. It comes in contact because there are millions and millions of people on this planet who make their living off of livestock, and so there's a lot of us that are interfacing with pigs that happen to be really efficient mixing vessels for a variety of viruses. There are migratory birds that take things from one continent to another. And what I wanted was not to have a virus that was born out of divine retribution or a government conspiracy or evil madman, but that was born out of the process of life. In the commonplace nature of that, I find the kernel of something really horrifying.