close
OPINION: Opinion: It increasingly looks like audiences who vote with their dollars aren't interested in another Prop 8.

Is 'Star Trek' Actor Zachary Quinto's Decision to Come Out a Turning Point? 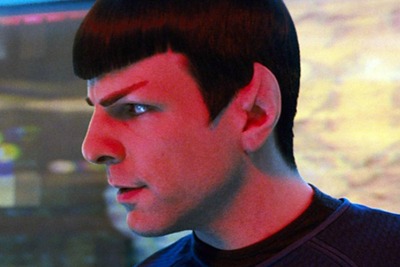 Neil Patrick Harris' career, post-his decision to out himself, hopefully says something nice about American TV and film audiences. Despite knowing that NPH is gay, people completely buy him as an unrepentant womanizer on a hit sitcom and his star has only risen in the 5 years since. It's important to remember that in 2006 (the year he came out), NPH was taking a fairly big risk with his newly revitalized career. Polls at the time showed that close to 60% of Americans were opposed to same sex marriage. Less than 2 years later, voters in California approved the infamous Proposition 8 that banned same sex marriage. That shameful outpouring of legislated hate not only revoked the rights of thousands of citizens, it gave a black eye to a state home to America's entertainment industry and some of the gay-friendliest communities in the country.

What is surprising, however, is that the passage of Prop 8 looks in retrospect like the last major success for opponents of gay rights. 3 years later, gay people may serve openly in the military, the Affordable Care Act included provisions ending abuses of gay couples, and in 2011 polls showed for the first time that a majority of Americans now support gay marriage rights. It's also quite likely that Proposition 8 will be overturned, which would have enormous consequences for the rest of the nation. But despite these gains, the hollywood closet remains very much alive and well.

The decision to come out or not to do so is obviously a very personal one. For people attempting to make their living in the public eye, the decision is further complicated by concerns that their public profile may affect their paycheck. Even today, blind gossip sites are replete with items about A-listers supposedly in the closet, in bearded marriages and so on. Though the mood of the gossip community is largely "Just come out already" when it comes to the topic, that the topic itself remains such a big deal is a lingering artifact from the bad old days, when insinuations of secret homosexuality could ruin someone's career. It's no wonder then that a very many working actors and actresses continue to choose to stay in the closet.

But is that changing? Over the weekend, Heroes and Star Trek star Zachary Quinto confirmed what has long been an open secret by revealing that he's gay. On his website, he wrote a short and very touching post explaining his decision(sic):

"when i found out that jamey rodemeyer killed himself - i felt deeply troubled. but when i found out that jamey rodemeyer had made an it gets better video only months before taking his own life - i felt indescribable despair. i also made an it gets better video last year - in the wake of the senseless and tragic gay teen suicides that were sweeping the nation at the time. but in light of jamey's death - it became clear to me in an instant that living a gay life without publicly acknowledging it - is simply not enough to make any significant contribution to the immense work that lies ahead on the road to complete equality. our society needs to recognize the unstoppable momentum toward unequivocal civil equality for every gay lesbian bisexual and transgendered citizen of this country. gay kids need to stop killing themselves because they are made to feel worthless by cruel and relentless bullying. parents need to teach their children principles of respect and acceptance. we are witnessing an enormous shift of collective consciousness throughout the world. we are at the precipice of great transformation within our culture and government. i believe in the power of intention to change the landscape of our society - and it is my intention to live an authentic life of compassion and integrity and action. jamey rodemeyer's life changed mine. and while his death only makes me wish that i had done this sooner - i am eternally grateful to him for being the catalyst for change within me. now i can only hope to serve as the same catalyst for even one other person in this world. that - i believe - is all that we can ask of ourselves and of each other."

As one of the anchors of JJ Abrams successful Trek reboot, he is taking a chance that the reveal will have no impact on the success of those films. Fortunately, he's right. Commenters on his site and across the Internet are extremely supportive of the statement. And why wouldn't they be? His portrayal of Spock is probably the most popular thing about the film. It's a bit funny the way commenters are going out of their way to mention the believable chemistry he has with Zoe Saldana in the film - after all, if you believe a gay man can successfully portray an alien being, you can certainly believe he can romance the smoking hot Communications Officer. But even if such praise sounds a lot like "some of my best friends are gay!", it's a refreshing change from, well, from how awful we all used to be.

Of course, given the huge amount of money at stake, not to mention the continuing existence of old-school bigotry among some of Hollywood's elite, If the worm has turned on gay rights, it's understandable that the news hasn't quite sunk in with the movie industry. A few more high profile decisions like Quinto's would be very welcome. So here's hoping Star Trek 2's inevitable success bolsters the idea that audiences really don't care about the private lives of gay actors any more than they care about those of straight actors. Except when the gossip is juicy and delicious of course. Assuming that a given gay actor doesn't have a wee problem with getting drunk and making anti-Semitic outbursts, they're likely to have a pretty great career.

ABC News' Dan Kloeffler came out on the air, citing Quinto - and Jamey Rodemeyer - as inspiration to do so.