close
OPINION: It's long past time for SAG to join WGA in supporting the protests. 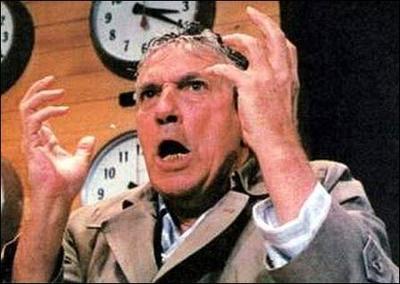 It's no secret Hollywood 'loves' a good underdog story. Movies like Rocky, like Avatar or even Casablanca make millions depicting people who, despite corruption, betrayal, economic disadvantage or background, triumph over overwhelming adversity, proving that when push comes to shove, the little guy not only deserves a fair shake, he might actually get one.

Hollywood also loves unions, er, guilds. Which is why whenever one of these critical groups goes on strike, they go all out convincing the public to support them. If they don't always succeed gaining public support, that's more to do with the perception that the film industry is full of idle millionaires than to any specific opposition to the idea that workers have rights.

So what happens when the plot of a hit film, with a real underdog story and strong union overtones, happens in real life?

A month ago, people fed up with the state of things, like the fact that the actual unemployment rate is 16% and the people who caused this mess will never be punished, started the Occupy Wall Street protest that has now spread to other cities. And whatever it may mean for the rest of us, people involved in the talking pictures business should love it. It has everything a hit movie needs: the plucky underdogs desperate to be heard; Major villains (unfathomably corrupt business elites); resignation from elected representatives. There's even a to-die-for b-plot: complicit media figures who ridicule and dismiss the protests in an attempt to make it impossible for them to be taken seriously. Simply put, this is Hollywood gold, baby!

Screenwriters naturally get that and perhaps remembering the way they were marginalized back in 2007, they have come out swinging. Both WGA east and WGA west have officially endorsed the movement. That's fantastic, but where are the actors?

The usual awesome good citizens have certainly stepped up. Danny Glover was at Occupy LA yesterday, and Susan Sarandon, Mark Ruffalo and Penn Badgley have been spotted at Occupy Wall Street. But their official union? Not so much. Inexplicably, SAG decided to issue an official response to the question of endorsing Occupy Wall Street and it's worse than if they'd just kept quiet. Citing the fact that their members include "people from across the political spectrum", a SAG rep indicated instead that their plan is to continue talks to merge SAG and AFTRA in order to "protect" their members. Translation: 'we'll continue to get ours. Good luck everyone else'

Considering the appeals to the public that accompany Actors' strikes, perhaps the public might remember this statement the next time that happens. I understand that SAG doesn't want to anger conservative-leaning heavy hitting actors or alienate undecided moviegoers and cut into potential box office receipts. This is a business after all. But come on, guys. Actual US Marines  - the mightiest of all warriors and the precise opposite of the concept 'unAmerican' - have managed to come out in support of Occupy Wall Street. If they can do it, surely the unions representing actors can show that much courage.

Actors have long depended on collective action to protect for their basic rights. That only makes SAG's statement all the more shameful. The least its members could do, when other people try the same thing, is pressure their Union to support it. Here's hoping we see that happen soon.