New Boxoffice Weekly on the iPad: Back-stabbing, Boxing Lessons and the Secret Life of Jackie Chan

Scheme a way to get control of our Ides of March issue of Boxoffice Weekly as inside Ryan Gosling, Evan Rachel Wood, Max Minghella and writer Grant Heslov dig into American politics—and the mind of director George Clooney. Chart the Evolution of Gosling from Disney Mouseketeer to Hollywood's Next Leading Man (sorry Justin Timberlake, your ex-singing partner has the jump on your movie career) and take sides as editors Amy Nicholson and Phil Contrino debate which Ides mastermind they'd want handling their political career: Paul Giamatti or Philip Seymour Hoffman. (Hint—only one of them was in Yale's Skull and Bones.)

Then it's time to oil up your gears for the crowd-pleasing robot-on-robot action of Real Steel. Director Shawn Levy gets into the nuts and bolts of 'bot boxing while fight choreographer Sugar Ray Leonard admits he designed one of the brawlers after himself, and then teaches our Ross Lincoln how to throw a punch (after telling him he looks like an accountant.) Ross returns the favor by designing the Ultimate Boxer, a scrapper with the skills of Muhammed Ali, George Foreman and ... Gore Vidal? Want more metal? This week in Cage Match, we pit C3PO against the Tin Man to see which metal man would reign supreme—and who would be smelted.

Elsewhere in our virtual pages, we salute Jackie Chan's 100th film by unearthing his four most unusual roles (many never seen in America) and serving up six odd facts we bet you didn't know about the world's biggest star. Kick-ass heroine Pam Grier commemorates the Blu-ray release of Jackie Brown by dishing about her chemistry with Quentin Tarantino and co-star Robert Forester (in the process making our Todd Gilchrist, a Grier groupie, totally jealous, Human Centipede 2 director Tom Six gets grody about his intentions to make the sickest sequel in history. Also inside: quizzes, the scoop on every film opening in theaters this weekend, and interactive tour of the science behind Boxoffice's patented movie opinion tracking, The Pulse, and an entire free night at the movies: a cartoon, a serial, a newsreel about a 60-year-old dog show and a full feature: Cary Grant and Rosalind Russell's His Girl Friday. Click here to check it out on iTunes. 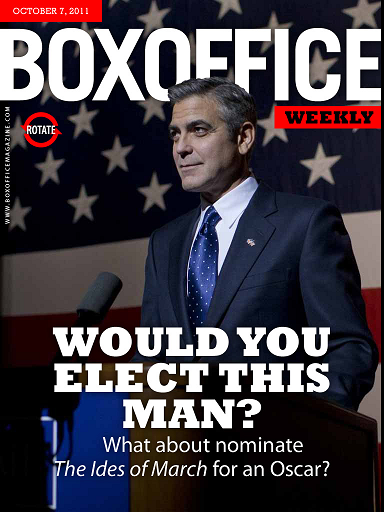 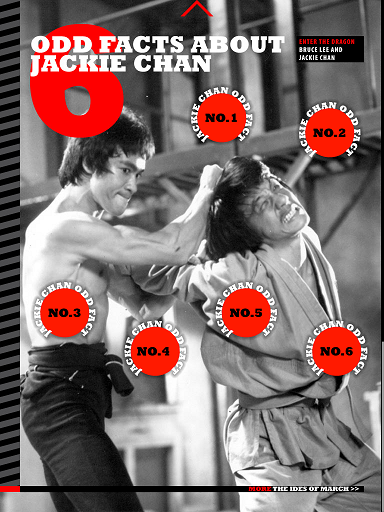 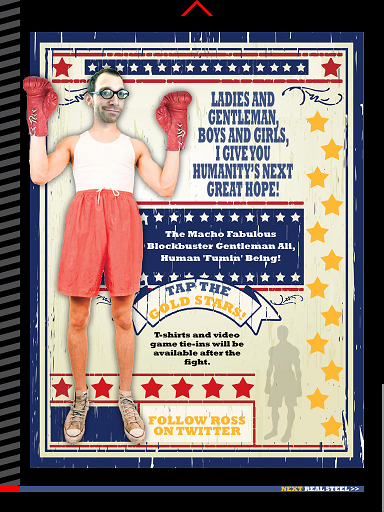 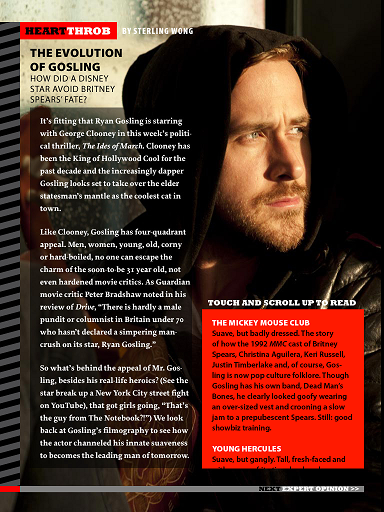 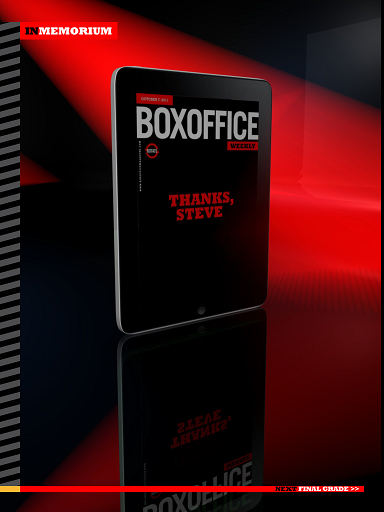