Uncork Boxoffice's Rum Diary issue where director Bruce Robinson and star Aaron Eckhart convince us that the ghost of Hunter S. Thompson was on the set—and drinking their Chivas. Then take your own tour of Dr. Gonzo's Puerto Rico, an island still as wild and reckless as he found it in the 1960s. Want something (slightly) more civilized? It's time to test out the Oscar bandwagon that just might pull Fox Searchlight's cult drama Martha Marcy May Marlene to awards glory. How's that ride treating firstime director Sean Durkin and star John Hawkes? They tell us about it inside, and we report on the psychological scheme to win MMMM friends and Oscar voters. Speaking of friends, Rowan Atkinson (aka Mr. Bean) is still hoping he has plenty of them in America when his spy slapstick Johnny English Reborn opens this weekend. Says director Oliver Parker, best known for casting Laurence Fishburne as Othello, Atkinson has what it takes to be the next Chaplin—and the next Don Quixote. (Sorry, Johnny Depp.)

Charge on as we tip our hats to the period wigs of The Three Musketeers by awarding the best and worse hairpieces in modern history, and chime in as editors Amy Nicholson and Phil Contrino debate which classic novel deserves a big screen shout out. Go behind the scenes of Real Steel and meet the men who played robots twice their size, wager on which Hollywood natural disaster—tornadoes or earthquakes—would win in a geological storm, hear Ross Lincoln's rules for how to save movie theaters starting by doubling the cost of concessions, meet a birder who insists the editors of the Steve Martin birding comedy The Big Year were taunting him by inserting pictures of ducks, raise your protest banners and ask why Hollywood is only making recession movies that empathize with the 1%, test out the trivia on our new interactive poster page, get schooled from Dr. Alonso Duralde by sneaking into his Footloose lecture, find out how other sets of famous sisters would survive the ghoulish events of Paranormal Activity 3, and settle in for a full retro night at the movies: a newsreel, a cartoon, a serial and a full feature—the horror classic Night of the Living Dead—all on your iPad. Plus reviews of every flick in theaters this week (from 3,000 screens to just three) and an interactive tour of the science behind Boxoffice's patented movie opinion tracking, The Pulse. Click here to check it out on iTunes. 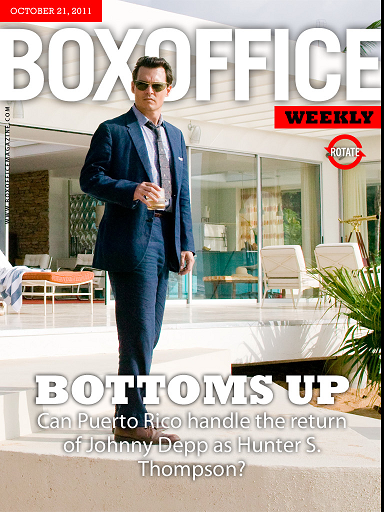 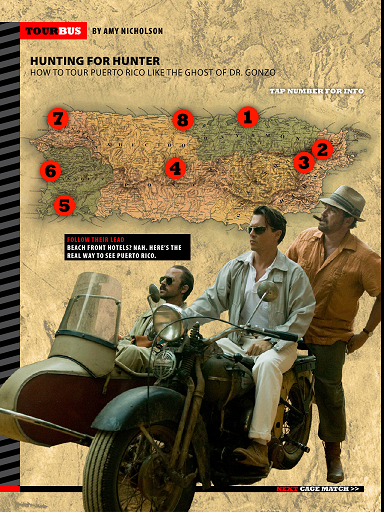 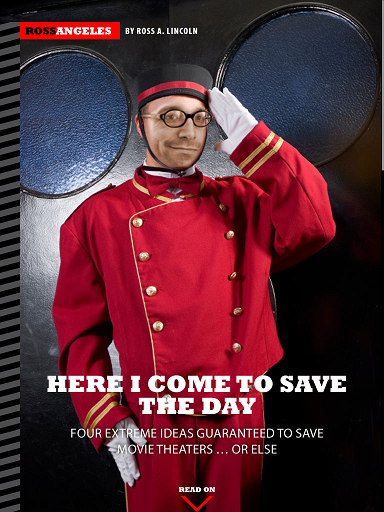 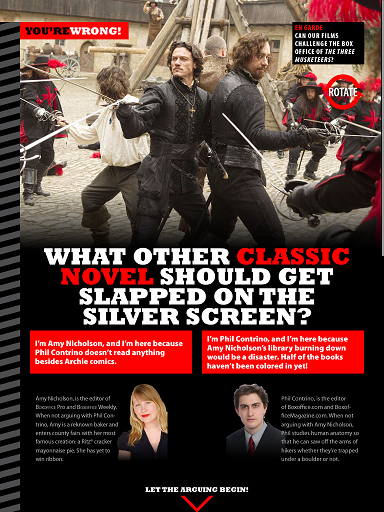 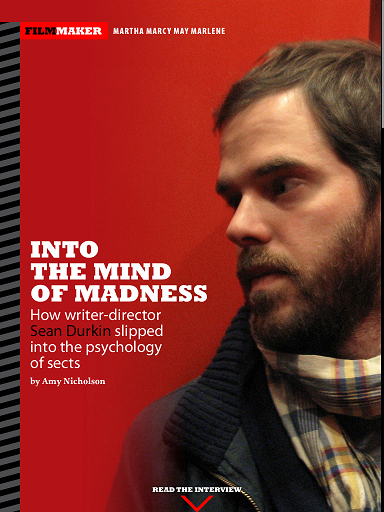 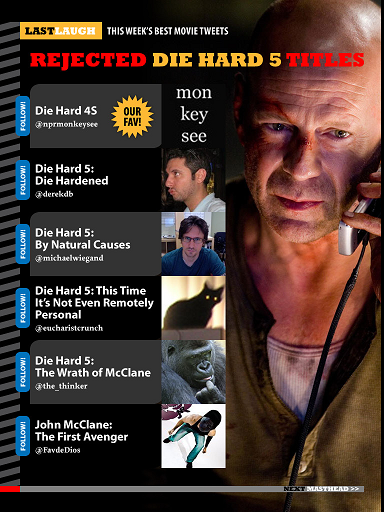