On 'Blade Runner', And Tinkering With A Finished Film 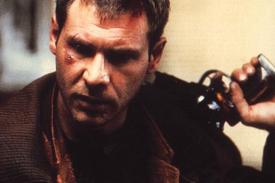 For most of film history, once a movie was released, that was its final form. Barring restorations necessary due to neglect or damage, that was that. The rise of filmmakers who retained some of all of the rights to the films they made, and the development of technology allowing tinkering years or even decades later, changed this. The last decade in particular has been something of a golden age for creators who revisit their work and make numerous changes to it.

Whether or not this is a good thing depends on how you feel about the relationship between the artist and their work, and between the audience and the artist. I certainly think it's an objective good forcreators to retain control over their work, especially when studios fail to understand the treasure they have on their hands. But after a decade seeing George Lucas treat the original Star Wars trilogy the way Michael Jackson treated his face, I'm firmly of the opinion that once the work has been released into the wild, the creator should be barred from mangling it further, save occasional restorations or subtle tweaks (like fixing special effects errors or inserting cut scenes, so long as they don't drastically change the work otherwise).

The gray zone in this is the Director's Cut. It's no secret that many a film is essentially robbed from the Director during production - ala Richard Donner during the production of what eventually became Superman and Superman II - or taken away from them during post, as happened to Ridley Scott with Blade Runner. Scott was never happy with the original theatrical version of Blade Runner. Negative test screenings led the studio to make changes to the film without his consent. Eventually, Scott released a versions of the film he claims to be closer to his original visions, first with a rushed Director's Cut in 1992 and finally in 2007 with the so-called Final Cut of Blade Runner.

Ridley's cuts made significant changes to Blade Runner, including the removal of voice over and a different ending but most importantly, the complete re-contextualization of Harrison Ford's Deckard. In the original version, he is simply a grizzled veteran cop pulled back for one last job. In the Director's cuts, it is strongly implied that he is himself an android ('replicant') like the fugitives he spends the film hunting down.

I bring this up because I stumbled upon Moon Visual Effect Supervisor Gavin Rothery's website and blog, where on October 1 he posted a ridiculous and ridiculously wonderful take on the Director's Cut of Blade Runner (mild spoilers if you haven't seen the film):

Deckard is Gaff. If you think about it, it makes complete sense. Who is Gaff anyway? I propose that he was the best Blade Runner in the business before he got injured and acquired his limp, possibly even going after the replicants in the film. He's right up there in the cop ranks and appears to be close to Police Chief Bryant, the same relationship Deckard re-assumes when he's hauled in at the start of the film.

Right through the film, Gaff shows complete contempt for Deckard. Right at the start when he approaches him eating those delicious looking noodles his way of saying "hello" is by hitting him on the arm with his cane. All the way through he's basically a massive prick to him. The relationship makes sense - this whole endeavour of using a robot to hunt robots is experimental. If Deckard has Gaff's memories and skills than who better to keep a close eye on him to assess how things are going? And how much would Gaff hate doing this? The more Deckard succeeds, the more reason Gaff has to hate him. He's everything Gaff once was and serves as a painfull reminder.

I mention al this because as you probably guessed, I have for most of my life been firmly in the "Deckard is not a replicant" camp. This isn't to say I think that the original theatrical cut is necessarily a better film. The Scott-approved versions are actually quite good, but I never felt that the recuts improved things all that much. I love noir and the original cut of Blade Runner, with Harrison Ford's mumbly* voice-over narration made the movie feel authentically old school, as if it took place in the 2040s, for lack of a better way to get the feeling across. (The 1990s Batman animated series achieved a similar aesthetic, though without voice over).

Removing the voice-over and replacing it with the implication that Deckard is a robot seemed to me for a long time to turn an original take on noir into another ponderous sci fi mind-game. It also connects to my distaste of endlessly tinkering with a finished product, a process I feel squeezes the life out of art. However, instead of stifling the audience's imagination, as George Lucas' unnecessary changes to Star Wars have done, Scott has managed to spark it. Rothery's theory actually prompted me to revisit the film for the first time in years. I can't say I agree with him, but had the amazing effect of pushing me over into team Final Cut firmly. Perhaps seeing the film with fresh perspective helped - in the same way that meeting someone under different circumstances can fix botched first meetings - but I have to admit that Ridley Scott deliberately left things vague precisely to promote this kind of discussion, and that is a significant improvement over the original cut.

Furthermore, that Rothery himself went on to help make one of the finest science fiction films ever made seems to me proof not only of the symbiotic relationship between the artist and their audience, but proof that Ridley Scott gets or, at least used to get that. So, consider me converted. Deckard is a Replicant after all. Just, no midichlorians, OK?

Incidentally, it goes without saying that Rothery's post, though a little over-written**, is fascinating and deserves being read in full.

**He's an SFX guy, not a writer. And he helped make Moon happen, so he can consider me a homie for life.