close
OPINION: The Comics legend and Co-Director of 'Sin City' has never been a cool guy, but has he crossed over into Mel Gibson Territory?

Frank Miller and When, Or When Not to Separate the Art From the Artist 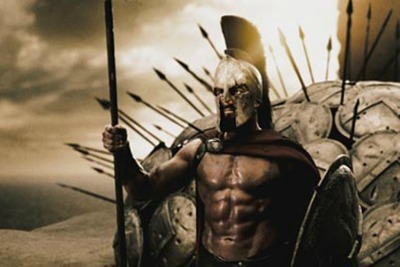 What do you do when an artist whose work you admire does or says something completely at odds with your values? That's the question raised by the unsurprising news that, in a confused, incoherent screed that was posted last week but only hit the national news cycle today, comics legend and film director Frank Miller has confirmed that he is basically a fascist. That screed, a post entitled 'Anarchy' on his official website, takes vicious potshots at the Occupy Wall Street movement. Among other delightfully spiteful bon mots, he says:

The "Occupy" movement, whether displaying itself on Wall Street or in the streets of Oakland (which has, with unspeakable cowardice, embraced it) is anything but an exercise of our blessed First Amendment. "Occupy" is nothing but a pack of louts, thieves, and rapists, an unruly mob, fed by Woodstock-era nostalgia and putrid false righteousness. These clowns can do nothing but harm America.

Miller seems to believe that somehow, OWS is interfering with what he believes our real mission ought to be - killing Muslims fighting the war on terror:

Wake up, pond scum. America is at war against a ruthless enemy.

Maybe, between bouts of self-pity and all the other tasty tidbits of narcissism you've been served up in your sheltered, comfy little worlds, you've heard terms like al-Qaeda and Islamicism.

And this enemy of mine - not of yours, apparently - must be getting a dark chuckle, if not an outright horselaugh - out of your vain, childish, self-destructive spectacle.

In the name of decency, go home to your parents, you losers. Go back to your mommas' basements and play with your Lords Of Warcraft.

Or better yet, enlist for the real thing. Maybe our military could whip some of you into shape.

I should make it clear that I don't expect that the people creating the art, literature and film I like to have views that parrot my own. I am perfectly able to enjoy the work of people whose personal views offend me (Bill Willingham's views on the Middle East or abortion come to mind). And I can enjoy music created by people I think are basically terrible (nearly every mainstream rapper, for example). Artists are people too, and it's best we don't expect our admiration for someone's work to coincide with admiration for them personally. But there does come a point where enough is enough.

It's important to remember that once upon a time, Frank Miller was ranked with fellow-comics curmudgeon Alan Moore (who wrote Watchmen) as one of the reasons comics began to be taken seriously in American culture. Few people writing in a decidedly pulp genre have had as far reaching influence, and my own book shelf is well-populated with his works. But even in his younger heyday, Miller held some rather interesting opinions. His seminal The Dark Knight Returns portrays the Joker as a flamboyant gay sociopath, and it largely blames favorite conservative bugaboos like liberal values, the 'liberal' media and a weakened American military for the horrid state of affairs that only Batman can resolve - by, it must be added, forming an illegal militia. If you've seen the film version of 300, then you've essentially read the comic, and thus know that it nakedly takes a rather complex historical event and uses it for a work of blistering pro-war propaganda. So it should come as no surprise then that he is something of an unapologetic right wing nutjob.

But in recent years, Miller's views have become ever more bitter, revealing something kind of pathetic about him. In September, he published the graphic novel Holy Terror, a straight-up anti-Islam screed that was initially pitched as a Batman story. Miller proudly admits that it's a work of propaganda and boy is it ever. Filled to bursting with offensive stereotypes of everything from Muslims (all Muslims, BTW), to people who majored in the Humanities in college, it also features ardent justifications of torture and collateral damage, and tests the limits of even the most forgiving fans. His angry freakout about OWS is absolutely timid by comparison.

At some point, we have to decide if the artist has finally crossed a line that means we, as consumers, must withdraw our support. Brett Ratner is likely to make good on his attempts to apologize and make up for his accidental homophobia, so if you like middling comedies with expensive actors, you can probably continue to see his films guilt-free. On the other hand, until Roman Polanski returns to the US to face justice, or he dies and the proceeds of his films no longer go to supporting his life on the lam, I cannot in principle see them. (Why this is even a question, I don't know. The man raped a 13 year old. I mean, come on. Seriously.)

Miller obviously has never committed such a heinous crime. At worst, he's a bitter racist with serious issues with women, who spends too much time arguing with strawmen. But that's been obvious for decades. It's just that now, the subtext has just become text and it's no longer possible for the reader to contribute their own interpretation to his work. When the artist's work becomes nothing more than an outlet for their opinions, the fan has to stop separating the art from the artist and accept that they're a package deal. And if the package is awful, stop buying it.

I'm not shocked that Miller hates Occupy Wall Street. He's wrong of course, and it's sad that he seems to have zero compassion for the obscene economic inequality in America. But that's far less offensive than the fact that he's mainly pissed off that the OWS kids aren't spending their time killing Muslims instead. That ought to be far more controversial than his lack of empathy for the poor, and more than reason enough to stop paying attention to his comics, or the films based on them.

Via The Raw Story, H/T to Devin Faraci at Badass Digest, who considered a similar point and drew the opposite conclusion.