close
OPINION: How George Clooney's recent directoral effort is a surprisingly relevant window into one of the essential double standards of American politics. 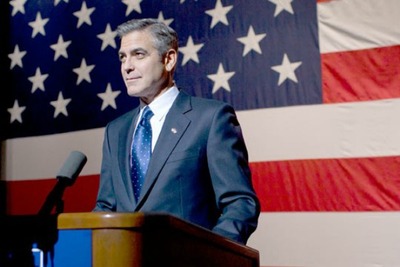 NOTE: The following contains strong Spoilers about The Ides of March.

So you may have noticed that Herman Cain's run at the top of the GOP primary race has experienced some turbulence, due to his having "allegedly" sexually harassed several women in the 1990s. Given the realities of the workplace, especially the time in which the harassment is said to have occurred, I have little doubt the accusations are true. But rather than getting into the meat of the still-ongoing problem with sexual equality in the workplace—I'm for it, obviously, and believe sexual harassment should be punished severely—I'm extremely interested in how this scandal is revealing a large rift in the way we talk about sex in politics.

Watching the scandal unfold over the week, I was reminded of George Clooney's recent political thriller The Ides of March, a suddenly very relevant exploration of the little compromises people make in the pursuit of larger political goals, and the point at which those compromises begin to undermine said goals. Ryan Gosling's Stephen Meyers is junior campaign manager for Governor (of an unnamed state) Mike Morris, played by George Clooney, a very left-leaning candidate for the Democratic nomination who espouses the kind of platform lefties like myself would kill to hear coming out of the mouth of a mainstream political candidate. Stephen is a true believer who really is convinced that Morris would fundamentally transform America for the better, and he pursues the primary campaign with the zeal of an evangelical preacher. Things change for Stephen when, having already been courted by a rival campaign, he discovers that the good and very married Governor has been sexually reckless and impregnated a campaign volunteer. Oops.

Ever the loyal soldier, Stephen immediately gets to covering up the Governor's indiscretion, arranging an abortion for her, paid for with money taken from the campaign's petty cash fund. Unfortunately, while the volunteer is having her abortion, Stephen called in to a meeting with his boss and fired over having earlier spoken to the rival campaign. In a fit of rage, Stephen threatens to get revenge on his boss for having cut him loose (the rage mainly motivated by the tremendous risks he just took to save the governor's campaign), and storms out. This keeps him out of contact with the volunteer, and when she later learns that he's been fired and that he threatened to take the campaign down, she fears his plan is to reveal her pregnancy and abortion, and commits suicide.

Eventually, rather than taking the campaign down, Stephen uses the information he has to blackmail governor Morris into firing his (Stephen's) boss and giving him (Stephen) the job. The film ends with a far more cynical, ruthless Stephen essentially having sold his soul to get a man he no longer respects the Democratic party nomination.

The Ides of March presents what I think is for the most part a fairly accurate depiction of the realities of American politics: Were Governor Morris' indiscretion to be made public, his career would be ruined. And rightly so, I think. Not only did he stupidly endanger the campaign, he also took advantage of a very young campaign worker, got her pregnant and caused campaign money to be used to cover it up. More than that, a campaign worker utterly devoted to him is willing to risk everything, including breaking the law, to protect him, because he believes the greater good would be served with Morris in the White House. Remember the awful calculations made by John Edwards staffer Andrew Young? The problem, of course, is that there's no way something like that is likely to stay hidden forever, something The Ides of March strongly implies at the end, via long, lingering shots of an attractive campaign volunteer running messages for Stephen that all but scream "this here is the Governor's next play time buddy". One assumes that when that happens as it inevitably must, the campaign, and Morris' career, are over. 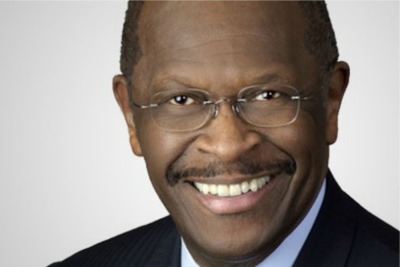 So what about Herman Cain? Well, it should come as no surprise that the man is still at the top of the (Republican) polls despite everything. Damn, that's seriously cold. That we're not seeing a large outcry against him from within his party for having apparently harassed several women is a testament not only to their well-documented lack of belief in the concept of sexual harassment, but in the way sex scandals are treated dependent on political leanings. Of course, there are sex scandals and there are sex scandals. I definitely do not think that a consensual relationship between two adults who don't work together is anyone's business (unless the politician makes a career out of telling other people what to do in their private lives.) The devil is in the details of how a sex scandal is handled.

See, I am willing to admit, though I hate the golden mean fallacy, that when it comes to boneheaded, reckless or awful, downright sexist behavior, it really is true that both sides do it. But both sides do not respond the same way. We all know how Clinton was impeached over his affair, and Edwards' is looking at jail time for his misappropriation of campaign resources. And let's not forget Elliot Spitzer, who was drummed out of politics when his penchant for hookers became public knowledge, or Anthony Weiner, who put an end to his own congressional tenure when his idiotic habit of sending dicpics to women on the internet came out. Now we can debate the merits of our responses to each of these scandals*, but the fact is, ultimately they resulted the end of all but one of these guy's career. And each scandal was notable for the outpouring of condemnation from Democrats as well as from Republicans.

Sure, it's not my place to tell Republican primary voters that they might ought to be a little unhappy with a sexual harassment candidate. It's their primary after all. If they want to like someone with a history of predatory behavior, so be it. Even though, seriously, it's really creepy to see people falling all over themselves to defend such behavior. But you know, I think I'd like to a see a film explore the way a party that never punishes its own transgressors—except for the gay ones—would deal internally with a potential sex scandal the way The Ides of March deals with the Democratic Party. Though I think it's clear that if The Ides of March were about the Republican primary, Governor Morris' campaign would survive the sex scandal.

But it would end when it turns out he took a biology class back in college.

*FWIW: Clinton shouldn't have been impeached because it didn't interfere with his job, but he was a douche who took advantage of an employee and it made me nauseous having to make the distinction; Edwards deserves jail time for his lies and misappropriation of campaign funds, not to mention cheating on his sick wife aaaand brazenly risking the 2008 election despite knowing full well what would happen when his affair came out; Regardless of the possibility he was ultimately outed by elements in the Financial industry wanting to take out an enemy, Elliot Spitzer was a world class hypocrite, flagrant lawbreaker and a terrible sexist who not only deserved to lose his job, he's lucky he's not in jail; Anthony Weiner is an idiot. Nothing he did deserves censure or resignation, except for the fact that any politician who is stupid enough to tweet a dicpic has demonstrated they are not competent to serve. Sorry, but seriously, if you don't know by now that the internet is forever and also that people's careers have been ruined over less, quit now before you get your stupid all over everyone else.