close
OPINION: Embarrassing outbursts are an inevitable consequence of failing to call people out for the horrible things they say in private.

Hollywood, Please Do Something About Your Secret Bigotry Problem 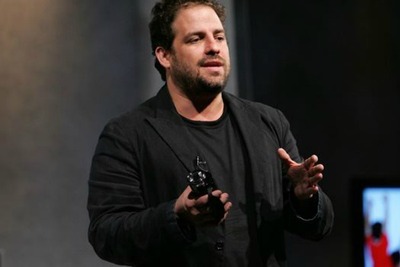 I don't particularly care about the Oscars as a hallowed tradition - I'm with Devin Faraci, who said over on Badass Digest that "I love the Oscars as pageant, but hate them as any indication of the value or worth of art." But even if the pageant might not reward talent, it definitely ends up being Hollywood's public face in the same way that The State Of The Union is a chance for our politicians to show off how mature, or spiteful, they are. Which is why the choice of who produces and hosts says as much about America's tastes - bland they may be - as they do about the social values prevalent in the Movie Industry.

Speaking of that, Brett Ratner really stepped in it this week. After having been brought in to produce the 2012 Academy Awards telecast, his job making the annual tribute to the blandest movies of the previous year came to an abrupt halt when he inexplicably said during a Q&A last Friday that "rehearsals are for fags". Rightly so, people freaked out. Ratner gave a sheepish apology and it looks like we'll be getting Billy Crystal again. But we have to ask, who the hell just drops casual gay slurs into professional conversations like that, right?

Right wing bloggers, offended every chance they get by the notion they can't casually utter slurs against people who aren't rich and white, are blasting the industry with accusations of hypocrisy. Andrew Breitbart, himself no stranger to saying some rather horrible things, specifically pointed to the ubiquitous, disgusting defenses of Roman Polanski despite the fact that he raped a 13 year old girl. And he's right! It is really hypocritical to freak out over something like this while defending child rapists (though I have yet to see someone who defended Polanski say anything about Ratner, so for now, it's a straw man). But Breitbart is wrong about this hypocrisy being some kind of liberal problem. The problem is that Hollywood, much like Wall Street, the Penn State football program and any other large scale collection of immensely powerful, wealthy people, has a horrible problem with taking the side of the strong against the weak.

Let's think back to Mel Gibson's second, and probably final, public meltdown last year, when he was recorded on tape saying some astonishingly racist things to his ex girlfriend. Shortly afterward, Wynona Ryder was quoted as having witnessed that kind of behavior at least 15 years prior, when Mel, very drunk at a party they both attended, casually uttered a string of gay slurs before using the phrase "oven dodgers" to refer to Jews. That she never made those comments public shouldn't be taken as a slight against her. She was nowhere near as famous and powerful as the man who was just about to win an Oscar for Best Director. Talking shit on one of Hollywood's biggest cash cows could have damaged her career irreparably. What's stunning is that that could not possibly have been the first time Mel got a little hammered and forgot to ixnay on the acism-ray. Which means there are a lot of people, right now, who surely witnessed Mel being an abusive racist prick and never said anything about it to anyone.

Rehashing the Polanski mess is probably a bigger issue than we want to get in here, but the fact is, he did rape a 13 year old and people continue to defend him. And hell, going back to Ratner for a second, let's try not to forget that prior to outing himself as a casual homophobe (I'm willing to bet he doesn't really have anything against gay people per se, but privilege, you know, it blinds people), he also said rather horrid stuff about Olivia Munn, and pretty much no one really thought much of it (for what it's worth, he has apologized for that too). Boys will be boys, I guess.

The fact is, much as with the sudden onslaught of 'oopsies' racist jokes that popped up in conservative circles after Obama's presidential victory, it is absolutely certain that this is not the first time Ratner has ever casually dropped gay slurs willy nilly, he just, for some reason, became comfortable saying so in public. I'm certainly not going to suggest that he's outraged by the progress of gay rights - though as I noted a few weeks back, the tide seems to be turning on that front and change often makes people itchy. And he seems genuinely sorry for what he said. But make no mistake, there are still too many people who feel perfectly comfortable saying and doing awful things out of the public eye, and because they make a lot of money or win Oscars, no one is willing to call them out on it. Until, like Ratner, they embarrass themselves by forgetting to keep it quiet in front of a mic.

It's good that Ratner apologized, and it isn't like he's some kind of unique instance of once-in-a-lifetime meanness. Sexism is still A-OK, for instance and no doubt there are people right now who might have public wholesome images, starred in popular movies or have lucrative endorsement deals who have no problem being absolute bigots in private, knowing no one will call them out or expose them. I'm not suggesting we create a thought police. But there's a difference between telling someone what to think or even punishing them for admitting it, and simply staying quiet when someone does or says something horrible because they're making you rich. Hell, Ratner seems to have genuinely considered why what he says was kind of f'd up. Sometimes all it takes is a 'hey dude, not cool' to get someone to rethink things. And if they double down? You end your relationship with them. After all, who wants to be BFFs with a bigot, no matter how much money is at stake?

It's well past time for the people at the top of the industry to stop turning a blind eye to this kind of thing, if only to avoid the inevitable PR nightmare when things become public later. Failure to do so guarantees future humiliations like this one.