Grab some Flamin' Hot Cheetos—Harold and Kumar have taken over this edition of Boxoffice Weekly on the iPad. Inside, first-time director Todd Strauss-Schulson opens up about having the balls (and the bong) to make the stoner movie of his dreams, even watching his cut under the influence to make sure the jokes were just riiiiiiiiiiight, and Harold and Kumar creators Jon Hurwitz and Hayden Schlossberg invent the plots for the next three flicks in the franchise where the dudes make out with each other and go on a shooting spree with...Frederick Douglass? Rounding off the Kumarstravaganza, editors Amy Nicholson and Phil Contrino wage war over which generation made the best weed flicks: '70s hippies or modern day slackers? (And they're not above insinuating that the other's opinions are totally half-baked.)

Also this week, Eddie Murphy returns in Tower Heist, a great excuse to look at the Eddie we once knew—and where he went wrong. After we break down the marketing mechanics behind the poster for Beverly Hills Cop, we offer 50-year-old Eddie Murphy some sage career advice from someone he has to trust: young Eddie Murphy. Yes, the man who made Norbit once said, "I wish people would stop making fun of fat people." Trust thyself, Murphy, trust thyself. Page on as Certified Cat Behavior Consultant Marilyn Krieger tells how she'd tame Puss in Boots, new Femme Fatale columnist Sasha Perl-Raver argues why the world should be more like Grease, Dr. Alonso Duralde chides The Rum Diary for being Johnny Depp's most embarrassing flop, Ross A. Lincoln orders Hollywood to drop the Shakespeare updates and remake The Music Man as a Bernie Madoff caper, James Cameron builds hype for Titanic 3D, the Captain America writers give us the scoop on what's next for Steve Rogers in The Avengers and his own sequel, 28-year-old Like Crazy director Drake Doremus confesses that his new swoony romance has made it harder to go on a date, Robert Patrick gets honest about how playing T-1000 typecast him as a villain, and our Cage Match ringmaster pits Rum Diary's Johnny Depp against Sideways' Paul Giamatti to see which sad sack alcoholic reigns supreme. And if you've never seen the classic screwball comedy My Man Godfrey starring William Powell and his then ex-wife Carole Lombard (who had already moved on to Clark Gable), we've got it all packaged up for you with a short, a newsreel and a cartoon so you can tuck in for a full retro night at the movies. Plus reviews and the scoop on every—literally every—movie opening in theaters this week. Click here to check it out on iTunes. 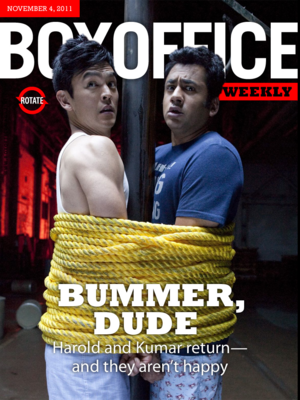 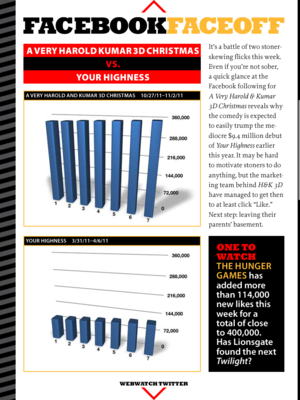 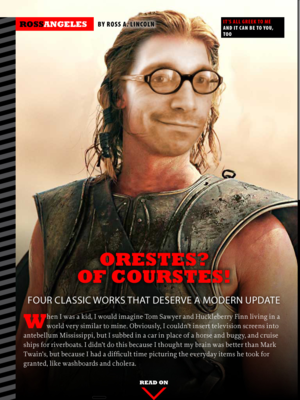 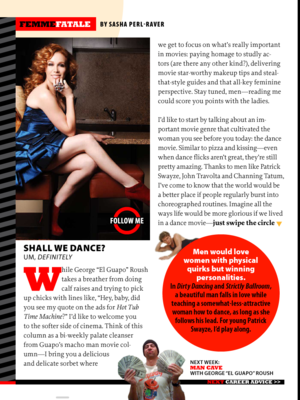 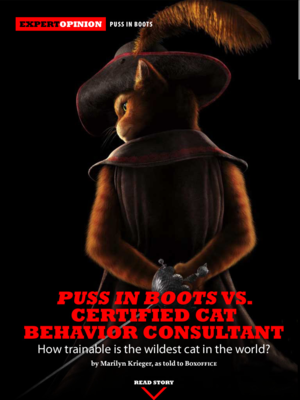 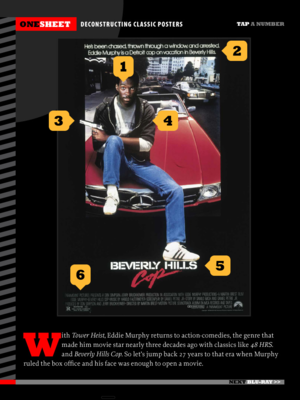 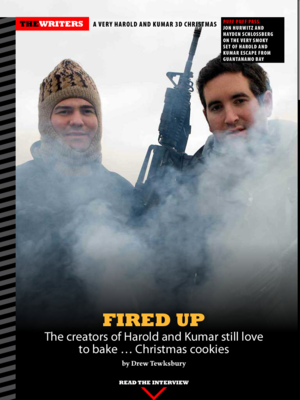