NEW BOXOFFICE WEEKLY ON THE IPAD: Frogs, Pigs, Elves and Turkeys -- Oh My!

It's time to start the music and huddle up with Boxoffice Weekly and the Muppets. In an interview, Kermit the Frog apologizes for the anti-turtle jokes in his new film, and the production team who helped make it possible tells us how they dusted off the decade-old franchise for a new generation of kids while making sure to stay true to the anarchic comedy their longtime adult fans expect. We trolled Twitter for its most sinister jokes about Muppet critics Statler and Waldorf and then ranked The Muppet Show's top six special guests in a video countdown, some of whom you know (Sylvester Stallone) and some of whom you might not (the brilliant British comedian Spike Milligan, anyone?) But after you celebrate the past, greet the future with the new holiday comedy Arthur Christmas, made by the team behind Wallace and Gromit. Director Sarah Smith answers the question, "If the Claus men are blood-related, where did Mrs. Santa come from?" while star Bill Nighy is honest about how he was momentarily offended to be cast as the 136-year-old Grandsanta, and how he spends his own Christmas screaming at his family.


Page on as Ross A. Lincoln suggests three made-up myths that might help Thanksgiving get a proper holiday movie (you know, one that isn't about traffic or how much your family sucks) and editors Amy Nicholson and Phil Contrino bicker over which movie chef would cook the best Thanksgiving dinner. And in Cage Match, it's Steve Martin versus John Candy when we pit a plane against an automobile, with a special cameo from a train. To work off your feast, George "El Guapo" Roush pumps you up with his primer on how to get Jason Statham's arms, while Jose Padilha -- the biggest hitmaker in Brazil -- tells us how he made the two top-grossing movies in Brazil while ticking off the cops and politicians. And after Dr. Alonso Duralde gives his final grade to Breaking Dawn, we hear from a Twihard's (somewhat) supportive boyfriend and how he deals with being trapped in a theater of screaming girls. Make hot cocoa and curl up with an entire retro night at the movies: a newsreel + a cartoon + a serial + the 1939 magician romance Eternally Yours. Plus the scoop on every movie opening in theaters this week, and The Pulse, our patented box office breakdown that monitors the buzz on Facebook and Twitter. Click here to check out what's inside. 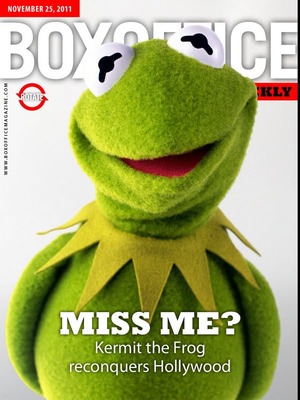 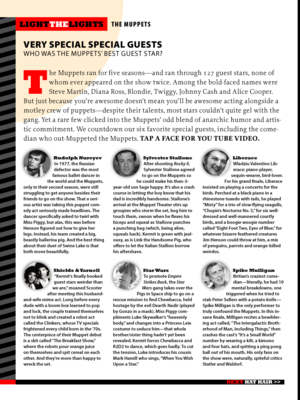 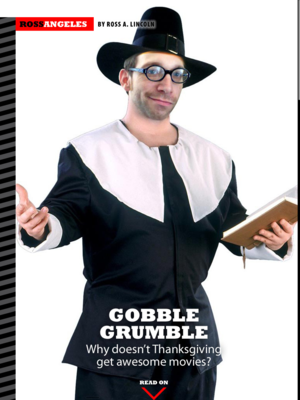 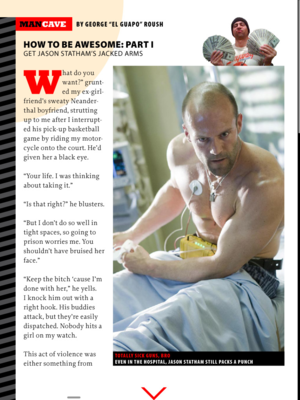 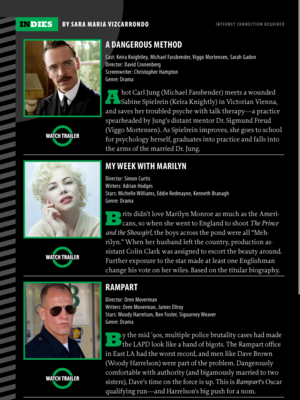