close
OPINION: A look into some of what makes Muppets so magical

On Muppets and Muppet Music 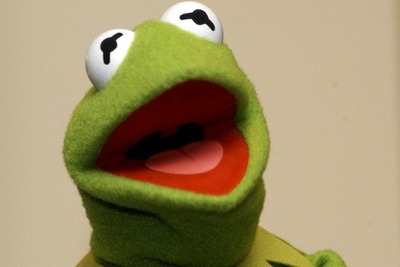 I had the great fun of seeing The Muppets recently; I'm still embargoed from talking about it, though I think I can say I liked it very much, especially the work of Music Supervisor (and Flight of the Conchords member) Brett Mckenzie. In addition to selecting a diverse range of songs from pop culture and the history of the Muppets franchise, he also contributed some original songs that perfectly capture the magic of Muppet films of times gone by. Especially in the original Muppets 'trilogy'* (The Muppet Movie, The Great Muppet Caper and The Muppets Take Manhattan), that means a perfect combination of old time nostalgia and pop music styles. Think Vaudeville-meets Supertramp and you're in the right country.

Granted, what pop meant in the 70s is very different from what it means now. Mckenzie's songs aren't Lady Gaga riffs, he's really coming from a place similar to Paul Williams, which makes the music feel like something of a double-nostalgia dose, but that's perfectly OK with me. Anyway, as I said I can't actually discuss The Muppets yet, but I can discuss their history, so in tribute to the new film's fantastic soundtrack that I cannot discuss, I want to give a listen to the brilliant music from Muppet movies past. Here's a shameless list of my favorite songs from the original Muppets 'trilogy'.

From The Muppet Movie:

This song was co-written by Paul Williams, who probably contributed more to making the 70s sound like the 70s than anyone else on Earth. He wrote "We've Only Just Begun" and "Rainy Days and Mondays" for the Carpenters and the Love Boat theme, but more importantly he wrote The Muppet Show theme song, and co-wrote the original songs for their first movie, including the best known and most beloved of all, "Rainbow Connection".

* Here's "Moving Right Along", one of the greatest montage songs ever, from the same film.

From The Great Muppet Caper:

As I found out to my surprise during a conversation with multiple people over the weekend, The Great Muppet Caper is apparently the least well-remembered of the original 3 Muppets films. I don't know why that is, though it could be because it has the Muppets playing 'characters' instead of 'themselves', a departure from The Muppet Movie and The Muppets Take Manhattan (they're on the trail of a famous jewel thief instead of trying to put on a show). Pish posh, I say. The gags are hilarious, particularly that Kermit and Fozzie are supposed to be identical twin brothers. More importantly, the songs are by Joe Raposo, who wrote the theme song from Sesame Street, as well as the enduring classics "C is for Cookie" and Kermit's first hit, "Bein' Green", making him the perfect fit for the second Muppets feature. Those songs are a wonderful mishmash of old timey ditties and blatant musical tearjerkers.

In my opinion the single greatest moment from the original 3 Muppet films, "Couldn't We Ride" is famous for being the song in which we see Kermit and Piggy actually riding bicycles around a London park. It's also a beautiful melody reminiscent of the works of Antonio Carlos Jobim, and probably ought to be in the top 3 of anyone's Muppets playlist.

From The Muppets Take Manhattan:

The Muppets Take Manhattan is a return to the Muppet original formula, with the Muppets, now playing 'themselves' as recent college graduates trying to break into musical theater moving to New York to make it big on Broadway. The original songs are penned by Jeff Moss, a Sesame Street alum who created Cookie Monster(!!!!) and wrote "I Love Trash", "Who Are the People in Your Neighborhood", and "Rubber Duckie", which means he was among the greatest people in Western history. Appropriately, his songs for Manhattan are the most musical theatery of the entire series and are so good overall it's hard to narrow it down to just a few favorites. But here goes:

Watch this and then watch Ratatouille.

Not only an awesome song, it's the scene that spawned the wonderful Muppet Babies cartoon series.

And finally, if you don't love "Somebody's Getting Married", there's something wrong with your heart.

*By which I mean, the three films made while Jim Henson was still alive.