After 42 years of writing the definitive film bible, Leonard Maltin tells us how it's done 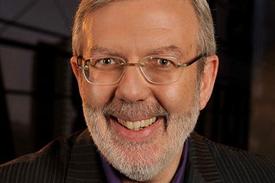 Leonard Maltin was a precocious 19-year-old when he published his first Leonard Maltin's Movie Guide in 1969, which means he's now been perfecting his annual encyclopedia for over two-thirds of his life. Eight million copies later, who better to ask about the sweat it takes to create the world's most accurate movie resource and the changing role of the film critic? Maltin takes us on a tour of his four decades of film-obsession, an adventure that makes detours for Netflix, five-word movie reviews and curious TSA agents.

Give me a sense of how much work it takes to put out this book every year.

I try to adopt a no-whining attitude toward my work, but I get a little peeved when people say, "Aw, all you do is update the book every year—how easy can it get." No! It's a lot of hard work. But I don't mean that in a complaining way, it's just the nature of the beast. When you have a reference book, every reference in it, every item in it, has to be right or you're sunk. So when a film gets remade or a sequel gets made, it has to go in the book. And if there's direct-to-DVD sequels, we want to make a note that they're doing direct-to-DVD sequels. If somebody becomes famous who wasn't famous when they made a movie five, six, seven, eight, nine years ago, we want to go back and add their names to the cast list—and we do that every year. We go back and check, "What was Armie Hammer doing five years ago?" And we find answers. You know, Michael Shannon's been making movies for 20 years.

And no one knew until three years ago.

Hiding in plain sight. Exactly. And when we make mistakes, we have to correct them. And then just try to stay sharp. Is there an unrated version of the movie coming out on DVD? We want to make that alternate version available. Lots of details.

I picture you carrying a tiny notebook all day long and writing down things you need to remember to check.

I mean, it used to be every day when I was reading Daily Variety, barely a day would go by that I didn't have to make a note. Something would pop up and I'd say, "Whoop—better make a note of that." It's a full-time preoccupation.

And you edit everything that goes in.

The buck stops here. I don't write everything because it's not a one-man job, and I have a great team of people, many of whom have been with me 30 years or more, like Mike Clark and Rob Edelman and Bill Warren. These guys have been with me for three decades, it's just astonishing. And some others not too much less than that. We pool our resources, we pool our knowledge, and we check each other. That's a big part of it: the more pairs of eyes that look at the write-ups, the better the book will be. Of course, there's also a lot of jousting about of opinions and making you really think through if you've used the right word or said something in the best possible way.

Do you edit the other writers' star ratings up or down?

Oh no, of course not. But I do keep track. Since I can't see every single movie, if someone writes up a movie and I know that everybody else has hated it, but my contributor has given it a good review, I have to question that. That means either I'll get someone else to write it up, or that I'll have to watch it and be the tie-breaker.

And then you take the offending writer out to the back of the woods.

No! I just say, "I think we have to go with the majority opinion here." Sometimes I don't mind being contrarian, but that's got to be my call.

In 2005, the book got so big that you took some of the older films out and made the spin-off Leonard Maltin's Classic Movie Guide. Deleting entries seems like it'd be harder than figuring out what goes in.

It is hard, but the spin-off book has made it easier because now, it hurts to take out an old Bette Davis movie—and I wouldn't take out All About Eve or any of the great Bette Davis films—but I might take out some of the lesser ones. It hurts, but at least I know it's here in the Classic Movies book and if people are old movie-devotees or TCM addicts, I just say, "Well, you need this other book." It'd be nice to be able to keep everything between the covers of one book, but that just can't happen. We're over 1600 pages now. That's a lot of book.

At your house, do you have a book shelf full of all of them lined up in a row?

No, I don't have enough shelf space for that!

Let's talk about the cover photo. The picture is regularly updated, yet your smile is always exactly the same. Is it a yearly ritual?

If you want a candid answer, it's whenever my daughter says so. "Your photo's looking a little old, it's time."

You can watch me get grayer if you actually compare year by year.

You could make a flipbook of your life by tearing out all of your covers and stapling them together. That'd be a great viral video promotion.

Oh gosh. Well, you can take that on—I don't think I will.

How has the rise of Netflix changed the way your book is being used?

Everything has changed the way this book is being used. This book is so old that it predates home video. It predates cable TV. It predates, obviously, the internet. The target customer for the book originally in 1969 was the kind of person who stayed at home and watched movies on the local television stations all day and all night. There were a lot of people who did that back then—including me. But nothing's really changed except the methodology and the immediacy. For a long time I had people coming up to me saying, "I was debating whether to stay up late to see this on cable tonight, and I checked your review first and you said, 'Yes, I should," or 'Don't bother,' so thank you." And then when video stores became ubiquitous, people told me they either toted their book to the video store or the video store had a chained copy at the front desk. So I've been very lucky that with the permutations of movie-watching, the basic function of the book hasn't altered.

It feels like one major cultural shift is that we now have too many options of what movie to watch tonight.

Right. Watching movies used to be a passive act because you were at the mercy of the local theater, the local TV station, the local revival theater. And now, everybody has the option of making active choices. That's a huge, huge shift.

There's a famous review you did for Scooby Doo 2, where all all you wrote was, "It is what it is." Haven't you wanted to use that review since? It covers so many movies.

[Laughs] Yes. That would be an apt review for many movies. Sometimes when something is just so painfully obvious—and its goals and potential audience are equally obvious—reviewing almost seems superfluous.

So do people stop you on the street and say, "Mr. Maltin, what should I watch today?"

I get a lot of, "Seen any good movies lately?" or "What should I watch this weekend?" I get that from lot of TSA agents.

Do you usually answer?

If I have a ready answer. If I'm not tired and distracted. I commute to Albuquerque every other week to tape my show for Reelz Channel, so the TSA agents in Albuquerque really know me. There's one or two of them there who always say, "So what's good now?" If I don't have an answer, they're always disappointed so I try to be on my game.

You're directly interacting with your audience.

I always say that movies are a universal form of entertainment. Everybody goes to the movies from the President of the United States to the guy who picks up your garbage. Everybody. And everybody's got an opinion. Everybody wants to know what's playing and what's out there. If I wrote about gardening, I'd have a following of gardening enthusiasts, but it wouldn't be as widespread.

Do you ever wish when you're getting stopped by a TSA agent that you had gone into gardening?

No. I don't have a green thumb.

Is it hard for you to decide that movie should get the lowest ranking in your book: a "Bomb"?

It's hard. We often waver between a 1.5 rating and a Bomb. What makes this film without value, you know? Sometimes it's the movie's aspirations. If they really tried to make something out of it and failed miserably, that seems more of a justification for a Bomb than anything else.

Has a director ever come up to you and asked why you gave his movie a Bomb?

Not "why." I've had a few people who with the distance of time have said to me, "You gave my film a terrible review and you know what? You were right." I've actually had that happen a couple times—but that's 20 years after the fact.

So they've had time to find their peace with it.

Or they've gone on and done better stuff. Or perhaps gone into gardening.

How have you seen the role of the critic change since 1969?

The biggest single change is the internet. Everybody's a critic. That used to be a comedic catch phrase Jimmy Durante used to say, "Everybody's a critic!" Now, it's literally true. Everybody, if they choose to, can have a blog or tweet about a movie. Everybody can put up YouTube videos. And so I perceive less of a regard for professional critics. Some people as you know find us irrelevant or outmoded in some way. I don't, because I read critics myself—after I've seen the movie. And I'm not just looking for a Consumer Reports opinion: yes or no. I've already seen the movie. I'm reading a review to gain insight, to read an enjoyable or stimulating essay, to make me think more about the movie. That's what I derive from a good, well-written review—even if I disagree with it sometimes. The unfortunate thing is that a lot of people think of critics simply as a consumer service and not as a springboard for further thought or conversation about a movie, and that's what I think it, at its best, should be.