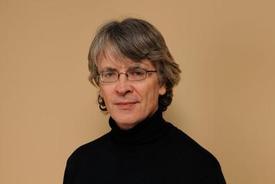 Remember Brad Pitt's character in Snatch: an Irish traveler—a gypsy of sorts—and bare knuckle boxing champion with the strategic mind of a pirate and a functionally unintelligible accent? He was funny and wiry and fascinating—give or take a pound of hair grease.

James Quinn McDonagh is the real life Brad Pitt, born to a family of even more just like him that fights other families just them. In the late '80s, a fatality between the Quinn McDonagh family and the Joyce family resulted in a series of mounting revenge fights that eventually became organized matches. Now, their brawls are institutions, and James Quinn McDonagh—though something of a pacifist—has won his place as the king of the clan.

Pit against the juvenile testosterone of Michael Bay or David Fincher's chilly chest beating, Ian Palmer's Knuckle is the most raw manhood any doc could cram into 97 minutes. Last year, Fred Wiseman made a doc called Boxing Gym about pugilists who found peace after they had a place to duke it out safely. There is no peace in Knuckle's brutality—it's all very personal, making it hard to watch and impossible to turn off. Palmer talks to Boxoffice about befriending fighters, getting sucked in to the cycle of violence and the HBO series that he may or may not be making about it.

[Note: Read his part in a stiff Irish brogue.]

The men fighting this family feud provoke each other using homemade videos. Did you have any anxiety that you were contributing to that culture by making this film?

First they used video, then DVD and now they post to YouTube. I didn't know this was going on when I began filming and I wasn't the first person to video the fights. They were, in an underground way, being swapped. But, yes, I had a fear that I was fueling the fights. What I wanted to do was look at the nature of this feuding. I see Knuckle as a film about families relating in very particular ways rather than a film about fighting. I wanted to understand family and motivation and wasn't much interested in the fighting. I wanted each family to have a fair opportunity to articulate where they were coming from. People have called the film accurate and fair, and not inflammatory. I could have shaped the film in a completely different way. Others approached James Quinn McDonagh about making a film but they said, "This blood sport is amazing! The film will be sensational!" and he didn't want to do it, nor did the other families. I think because I didn't have that approach they gave me access. Most of my time I wasn't watching fighting, just hanging around with the families. I had as much interest in the day-to-day life.

You met James Quinn McDonagh, his family's star fighter, at a wedding?

The wedding was that of his younger brother and I went because I'd got to know the family of the bride who invited me to video the wedding. I took video of the fighting and they gave me permission to use it. I got to know Michael and James there.

He's more interested in socializing—friends. At the same time, he's very good at what he does with his fists. He got a huge amount of status and respect in the family for what he did, so there's a push/pull thing happening with him. And that's partly because of his success fighting and partly because of his personality as a reluctant fighter. It makes him a fascinating character and other people I might have met—like big Jo Joyce or even James' younger brother Michael—have much more basic ferocity about them. The younger men are full of testosterone and bull-headed about the fights, but James has more of a nuance about him.

And it makes his work seem saintly—like he's reminding everyone the fighting is wrong even while he's the lead in the game.

Oh, he's no saint. James would have a laugh at that. He's very aware of what he gets out of situations. You have to remember that quite a few of these fights involve a lot of money. In 1997, James introduced money into the fights to deter people from fighting. He said his feeling was: if they had to put up money, they were less likely to challenge him, which limits the range of the fights. Traveler society is very patriarchal and the older men would select the fighters and organize the fights. Or there would be a challenge that would be negotiated by the older men.

But the ante goes up every time—it's not him raising stakes is it?

Well, it is a lot of money. We started with £20,000 or £60,000, and when they fight in London it's £180,000, which is like a quarter of a million dollars. There's an attractive potential to make a lot of money with a little time. When James made £20,000 Irish pounds—which was well over the average annual wage—it was for six minutes of work. It's very good money if you can get it. But saintly and reluctant aren't the same: he's attractive and friendly, but he's also able to beat you to a pulp—in the nicest way possible!

It's very interesting how violence exists in this culture. I couldn't help thinking about how this film might be rated by the MPAA if it were fictional—they're tight-fisted about sex but rather lax about violence.

It's interesting—I've thought of this issue, but not in this way. Travelers tend to get married very early-late teens or early 20s—and arranged marriages still take place. Traveler girls don't go out on their own and they certainly don't go dating. You could go out in a chaperoned group but you'd never be left alone with a boy, that's for sure. So there's an element of sexual control going on. Young children, boys especially, would be at fights. And certainly everybody would be looking at videos in their trailers. Traveler boys go boxing. It's a sport and they're very successful at it. In fact, the last Olympic team had two or three travelers on it, and they were from two of the families in my film. They're very successful in boxing so that sort of man-on-man conflict is what they do in the family and is a way of resolving conflicts. Boys are there at the fights. A young boy was at the first fight I filmed with James, he was taken there by his father who was one of James' previous opponents. Which means that man was taking his son to see the man he'd previously lost to. At the end of the last fight in England, the boys around were excited and throwing punches. When Michael is training for his fight, he holds his one-week-old son up to the camera and says, "This is the next bare knuckle champion." This is the world they grow up in.

But it seems to be a surprisingly layered thing-these kids are growing with a changing culture of fighting. You seemed to have a changing relationship to it in the film as well.

As James retired from fighting, he became a referee and other families outside the ones I depicted would see James as a person they could bring on to organize fights for them—in a secret place, the way they do it—and still keep control. As James was working fights, I'd go too and I was getting a kick out of going to the forest and finding fights. And at that point I felt like I needed a break. I was getting sucked into going to fights that had nothing to do with my film—fights with other families. I took a break and worked on other film stuff and kept the tapes in a box in my room and said I was done with that stuff. I'd had enough and couldn't see an end to it.

See, I had followed their lives and seen things as they happening and there's no real end to their fighting. I could still be shooting these fights today. I needed to find an endpoint. It was only because Michael was coming back to challenge big Paul Joyce [who had been disqualified for biting in an earlier fight] that I realized I had a circle. It was a generation drawing up Michael from 18 to nearly 30, now with kids of his own. Initially I was only following James, but with that circle I could tell a story of a generation.

I had to tease out those connections afterwards. It wasn't until I figured out that younger man who was beat was the son of the man Michael's older brother, Curly Paddy, had killed. I didn't, in the aftermath, follow the Joyce chap back to see the emotional impact on him, but it did strike me that Michael is triumphant and if he had a different kind of self-awareness he would have been thinking, "Maybe this isn't right for me to fight the son of the man my brother killed." The term these travelers use for themselves isn't "family," it's "breed." They fight for the Joyce breed or the McDonagh breed. That's really what it comes down to. There may be origins or deaths, or someone might have had his caravan burnt down, as we heard from the Nevins, but when it comes down to it you're fighting for your breed-as in Northern Ireland and the war from the '70s through the '80s. There are many reasons for the fights but only a few differences at the bottom of it all. In this film breeds versus breeds trumps everything else.

What did these guys think of Brad Pitt's character in Snatch?

I didn't finish the movie; it didn't do anything for me. But the travelers think he [Guy Ritchie] got it reasonably right in that film. There's a lot of illiteracy in the traveler communities because people don't always finish school. Boys go to work and girls stay home minding kids and the trailers. But the one thing they do is go to the movies a huge amount. They can quote from a range of movies coming out all the time. Snatch is, broadly speaking, about their world. Everyone I know, the men mostly, love the movie. They see it as a fiction but you know, Brad Pitt is a great guy to have playing one of your family members. It's flattering.

What's this I hear about an HBO series based on Knuckle?

I am not going to confirm that's happening, but we've been talking about it with HBO and it's in development.

What kind of an effect do you think a show like that might have on the people in your doc?

It really depends on how that developed. If it was a straight dramatization of the world of Knuckle—people taken from the doc and put into a fiction-I don't know what effect that would have, but it would have an impact. On the other hand, if a series worked using Knuckle as a starting point with different characters, it would have less of an effect. But our goal is for it to be good and work as a drama. HBO would love a hit and so would I.