close
OPINION: Why, as good as it is, 'The Dark Knight's' problems bode ill for the upcoming final installment of Christopher Nolan's Batman trilogy. 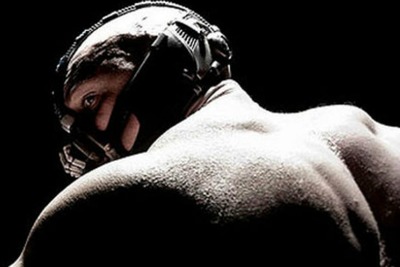 Last week, the first proper trailer for The Dark Knight Rises was released. Yes, people are quite right to point out that Tom Hardy's Bane is utterly incomprehensible Yes, once you know what he says, you can understand just fine, but I doubt I'm going to have the good fortune of seeing the film with someone who has all of Bane's lines written down. It's almost certainly going to be fixed prior to release anyway, and even if it isn't, the success of the film is a foregone conclusion. It's inevitable that The Dark Knight Rises will display Christopher Nolan's usual mastery of surprisingly smart, decidedly mainstream cinema. But I cannot, try as I might, muster up anything remotely close to enthusiasm for the thing. I blame 2008's The Dark Knight.

Like everyone else with a pulse, I came out of The Dark Knight fully blown away. Credit for this goes mainly to Heath Ledger's deservedly Oscar-winning take on the Joker which will live on, or should, anyway, as the definitive take on the character. That performance is so good that it causes the viewer - or at least, me - to completely forgive the film's many problems. And there are plenty to forgive. Jim Emerson's amazing deconstruction of The Dark Knight's confused action scenes is an excellent place to start if you're interested in really picking the film apart. The short version: Emerson explains in exhaustive length how the famous chase scene leading to the Joker's 'capture' in the middle of the film is muddled nonsense, a series of moments strung together that frequently bear no relation to the preceding moment and occasionally contradict one another horribly.

It's still an exciting scene and The Dark Knight remains an exceptionally enjoyable film. You're unlikely to even notice its problems if you're not paying attention, but having had them pointed out to me, I find them an apt metaphor for the film's flaws overall: The Dark Knight, as good as it is, is an overstuffed and morally contradictory mess.

The plot at heart of the film should have made a perfect pulp story. The Joker is an anarchist sociopath and Batman an obsessed disciplinaran; both are flamboyant outsiders with world-changing personal goals expressed entirely outside of the law. Essentially two sides of the same coin, the Joker spends the film subjecting Batman (and Gotham City) to ever escalating nightmares to prove that, deep down, everyone really is just like him. He also hopes to cause Batman to snap and prove himself to be as unprincipled and autocratic as any power mad dictator. He nearly succeeds when he manages to destroy Harvey Dent and later, when Batman briefly succumbs to temptation and employs illegal (and extremely unethical) surveillance technology. However, Batman destroys the technology after a single use and ultimately, manages to resists the Joker's attempts to provoke him into ending matters once and for all by simply killing the Joker. It's not a complex philosophical point, but after the parade of (PG-13) horrors inflicted on Batman and Gotham City by the Joker, it's a satisfying resolution. It even pulls off the neat trick of feeling just complicated and ambiguous enough that people of differing political persuasions can reach different conclusions about the ultimate outcome and still, possibly, be right.

Alas, whatever moral message the film attempts rather clumsily to advance is completely undermined moments later. At risk of overexplaining something the entire world has already seen a hundred times: during the third act, while the Joker is putting his master plan into effect, a completely unhinged Harvey Dent - destroyed as part of that plan - conducts a vendetta against everyone he believes to have been responsible for ruining his face and killing his fiancee. We get a wonderful 15 minutes of this; Dent, now horribly disfigured, doing his famous coin flip of doom and committing the murders Batman is unwilling to. And then, Christopher Nolan chooses to resolve the matter in the clumsiest way possible, by having Batman straight up murder Harvey Dent.

"Murder" might be a little strong. But consider that the Joker, a thinking, articulating rabid dog who everyone knows will likely escape prison and return to do ever more terrible things just for the lulz, is spared. In real life, the death of such a monster would be understood as a necessity and Batman, regardless of legal status, would be treated like the Seal Team 6 of crimefighting. Dent, on the other hand, can best be described as suicidally homicidal. He really was betrayed by a cabal of corrupt public officials and criminals and he really did lose everything, including his fiancee. Every single person he kills, or threatens to kill, is an objectively rotten person whose actions led to countless deaths. The exception is Jim Gordon's young son, who Dent targets apparently out of bitterness at his own denied happiness and his wish to inflict similar pain on his former ally. It's an awful thing to do, but it's an understandable outcome of having endured so many tragedies in such a short period of time.

In real life, it would be perfectly justifiable, if a sad end to a once promising life, to kill Dent to save the kid. But only minutes earlier, Batman was able to march up and down the catwalk of moral superiority by choosing not to kill the far more deserving Joker. To follow this by living up to everything the Joker accused him of and more makes little sense, particularly when one remembers that Batman's 'thing' is having an arsenal of nonlethal tech. But killing Dent gets the film to its actual, and extremely idiotic point: people are terribly fragile things who are incapable of making moral decisions or dealing with complex events. Things in Gotham city are bad, see, just really bad. The citizenry is hanging onto hope by the barest thread, and only Harvey Dent can make it all better. Just like Daddy! Gotham City citizens will lose what hope they have left if they ever find out that Daddy Dent flipped out and went on a killing spree. To prevent this, Batman takes the blame not only for killing Dent, but for the string of murders Dent committed before finally being euthanized.

The problem here is that less than 20 minutes before Batman smoked Two-Face, we saw the citizens of Gotham show themselves to be more than capable of dealing with complex moral problems when they failed to kill one another at the Joker's behest. More telling, they even chose to die together rather than to survive by killing each other. Ramming the point home with even less subtlety, the choice to die honorably is articulated by hardened criminals on their way to prison. Noticeably absent from that scene is anyone gasping out some variation of "What Would Harvey Do?".

No matter how much I enjoy watching The Dark Knight - and for all its flaws, it's an extremely enjoyable film - I reach the end not particularly caring about what happens next, feeling both cheated and condescended to. The offensive suggestion that the citizens will suffer from perpetual broken hearts and hurt fee-fees and the horrible curse of having to 'think' about 'stuff' if Batman doesn't take the fall for Dent's crimes is bitterly cynical. With every subsequent viewing, I feel the creeping sensation that Nolan intended to advance the idea that people need a manipulative strongman who would rather be feared than loved. I won't go so far as to say it's a love letter to George W. Bush, but I completely understand why right wingers love it.

Without that disappointing moral framework and the unnecessary 10 minutes tacked onto the end of The Dark Knight needed to provide it, the film would still be overstuffed, but it would retain a consistent moral and philosophical core. Ending with Two Face either captured alive or still at large would have perfectly set him up as an excellent problem worthy of spending an entire movie resolving. Imagine a Batman 3 in which the caped crusader squares off against someone who shares his goals but lacks his own moral compass. Instead, after Heath Ledger's death forever prevented the Joker returning, killing off Dent removes an equally challenging opponent worthy of the points raised during the bulk of the movie.

Now robbed of two of the Batman series' only complex and interesting villains, for The Dark Knight Rises Nolan is forced to mine the series for anything at all that could fill the absence. He seems to have settled on the solution that ruined the Burton/Shumacher films: cramming too many villains. Handled correctly, that's not a bad thing, necessarily. The problem is that he's chosen as the heavy one of the single worst characters in the history of the Batman series. Bane is a terrible villain. Like Doomsday, the villain from the awful "Death of Superman" storyline, Bane was a promotional-gimmick bad guy created specifically for a single plotline, the goal of which was to cynically sell more comics*. Along with Doomsday and Marvel Comics' Venom, he is representative of everything that went wrong in mainstream comics during the industry's 1990s nadir.

Catwoman's inclusion has more promise. She's being presented in the trailer as a kind of Occupy Wall Street inspired class warrior. I approve, so long as she isn't ultimately used to prove that people shouldn't be mad that the wealthiest people in America own everything and are screwing the rest of us over, I mean. The other villain appears to be the daughter of Ra's al Ghul (Liam Neeson's character from Batman Begins), suggesting that the series' big bad is going to be the League of Shadows from the first film, not a terrible idea I suppose, but sharing that story with a 'roided-up thug and a leftist take on Catwoman gives The Dark Knight Rises the stink of being even more bloated and confused than the previous film.

But if all of this is too convoluted and boring, then let's focus on the cheap, Star Spangled emotional manipulation, the groanworthy cliche on the football field, and more importantly, the fact that Bane is absolutely incomprehensible. Honestly, how is it that not a single person told Nolan this before the trailer's release?

Yes, I'll admit I'm a sucker just like everyone else, and I'll be in the Theater on the day of release - maybe earlier, if I attend a press screening (NOTE TO BOXOFFICE EDITORS: MAKE THIS HAPPEN). But it will be with diminished expectations, and a reasonable fear that we'll be treated to an unnecessary continuation of a story that ended with the death of Heath Ledger.