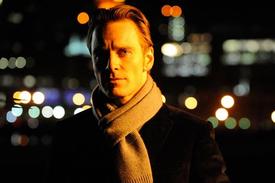 NATO has long urged serious motion picture producers and distributors not to shy away from movies that will receive an NC-17 rating from the Classification and Ratings Administration. Every rating in the system has an appropriate purpose. Some movies, though they may contain important and artistic content, should simply not be seen by children under any circumstances. Congratulations are due, then, to Fox Searchlight and Director Steve McQueen for releasing Shame—an acclaimed raw portrayal of a sex addict-under the NC-17 rating. I encourage every exhibitor to exhibit the movie in those markets where they believe it has commercial appeal.

I attended a screening of Shame at the AFI Fest in Los Angeles prior to its release to show my support for the proper use of the NC-17. The movie is serious and disserving of the attention it has received. It also has to be distributed as an NC-17 movie, because attempts to edit it down to an "R" would have destroyed the movie's impact. Prior to the screening at AFI, the movie received glowing reviews and publicity during its very successful exhibition at many film festivals, including San Sebastian, Telluride, Toronto, New York, London and Venice (where the movie's lead actor, Michael Fassbender, received the Best Actor award).

Shame is set in New York City and graphically portrays the life of a desperate sex addict, played by Fassbender. His sister (Carey Mulligan of Wall Street 2) interrupts her brother's private life when she arrives unannounced to stay with him. The sister both exposes her brother's problems, and reveals some of her own. The movie has a great deal of frontal nudity, straight sex, group sex and gay sex and suggestions of incest between the siblings. A grisly suicide attempt adds to the intensity.

Fox Searchlight's co-presidents, Steve Gilula and Nancy Utley, were shaken and moved when they first saw the movie and shortly thereafter announced their acquisition of its rights. Steve later contacted me to inform NATO that Fox Searchlight anticipated an NC-17 rating, that they and the filmmaker were committed to releasing the movie in its original form, and that they had intense confidence in the power of their movie. Shame is now playing at select locations.

We do not pretend that there is no consequence whatever from an NC-17 rating. Obviously, there is one absolute consequence-patrons under the age of 18 cannot attend the movie, even if accompanied by a parent or guardian. The official description of the rating follows:

These are films that the Rating Board believes most parents would consider patently too adult for their children. No children will be admitted. NC-17 does not mean "obscene" or "pornographic" and should not be construed as a negative judgment on the content of the film. The rating simply signals that the content is appropriate only for an adult audience. An NC-17 rating can be based on violence, sex, aberrational behavior, drug abuse or any other element that most parents would consider too strong and therefore off-limits for viewing by their children.

Beyond the application of that rule, however, most of the perceived consequences of an NC-17 constitute little more than myth. Because they have been described as certainties over and over by uninformed and lazy reporters, two myths in particular need to be strenuously corrected. Here are the truths:

The most dangerous myth is that cinema operators maintain rules against the exhibition of movies rated NC-17. We have discussed this many times over the years with our members. At one juncture we even surveyed nearly 100 exhibition representatives and three indicated that they would never play NC-17 movies. In other words, this first myth is 97 percent false.

To be certain, few exhibitors will offer copious screen time just to prove a point. Movies have to have commercial appeal to warrant play dates. But that axiom holds true for movies in every rating category, not just the NC-17. Historically, movies rated NC-17 have performed okay at the box office. The total gross of Showgirls (1995) tops the list at $20.3 million, while three other NC-17 movies—Henry & June (1990), The Cook, The Thief, His Wife and Her Lover (1990) and Bad Education (2004)—grossed more than $5 million. Eight other movies (including award-winning director Ang Lee's Lust, Caution (2007) at $4.6 million) have grossed more than $1 million under the NC-17. Of the 20 total movies released as NC-17 movies, only eight have failed to gross $1 million.

The average gross for NC-17 rated movies to date is $3.4 million. Though modest, that performance record exceeds the performance of unrated movies, which gross on average less than $2 million. And I firmly believe that if more serious filmmakers and distributors released movies as NC-17 movies, the growth potential would be substantial. It is the lack of commercial movies released that holds down the economic potential of the NC-17 rating, not the willingness of exhibitors to play the movies.

The second, almost perpetual myth clouding the NC-17 rating is that media outlets won't carry advertisements for movies so rated. The most traditional of all advertising media, newspapers, generally have no policies against running ads for NC-17 movies. When Fox Searchlight released The Dreamers as an NC-17 movie in 2004, Steve Gilula stated publicly that they were able to place ads for the movie almost everywhere they targeted them. A newspaper in Utah flatly refused advertisements for NC-17 movies, but that was about all. At the other end of the technology spectrum, the Internet offers an easy and effective way to market movies. According to the Hollywood Reporter, Utley says the Internet, still in its infancy when Dreamers was released, should make a difference this time. "It will be pretty easy for us to create noise about Shame by releasing materials online," Utley told the Reporter. "The communities that would support this type of movie are much more organized than when we released Dreamers."

So if exhibitors will play NC-17 movies where they believe they can sell tickets, and if distributors can effectively market those movies, why won't more studios make and release movies with the NC-17 rating? The most restrictive ratings in other territories do not impede the commercial viability of the movies. Shame will receive an 18 rating in the United Kingdom, which will similarly prevent anyone under the age of 18 from patronizing the movie. Yet there will be no stigma attached there because of that rating.

In 1990, the MPAA and NATO replaced the X rating with the NC-17 category. The new designation took effect immediately and was copyrighted so that pornographers could not use the rating. Somehow, the industry and our patrons have never fully overcome the misimpressions and myths surrounding the newest rating designation. Hopefully, with more movies like Shame, we will.

I will conclude with one last concern: if studios and filmmakers don't make and release more NC-17 movies, the rating system may eventually collapse on itself, opening the door back to censorship by government. The rating system constitutes a spectrum. When one slices a spectrum, there is always a slice at the end, and the NC-17 rating constitutes that end slice-one that requires an absolute prohibition on attendance by children. For the system to maintain its integrity, every category must be used. Every slice must be relevant.

Today, without confidence in the NC-17, some distributors will trim and cut and edit their movie to cram it down into the R category. The result, frankly, is that the R category is now too broad. In my opinion, some "hard R's" should be NC-17s.

I am encouraged by Fox Searchlight's belief in their movie Shame and wish them well. We need more serious movie-makers to follow their lead.