close
OPINION: Narrowly averting true greatness thanks to an terrible final act, it nevertheless indicates the emergence of a brilliant career. 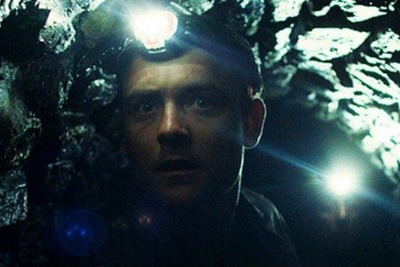 Right up until the final 15 minutes, I was convinced I would be leaving the screening room proclaiming to all who would listen that Kill List would probably be the best film of 2012. It's an uncompromising, uncomfortable look at a dysfunctional marriage between two people who genuinely love one another, but communicate like children and suffer from serious financial worries. It's also is a bleak, bloody portrayal of two close friends who happen to be professional killers, their friendship tested by differing psychological reactions to the horrible deeds they have done, and must do again during One Last Job. If that wasn't enough, it also pulls off an unflinching look at a man destroyed by the lingering effects of PTSD, descending into worsening paranoia, bitterness, guilt and desperation after bearing witness to the truly horrifying things people do to one another.

That it manages to be all of these things at once, and quite coherently, is a testament to the skill of writer/director Ben Wheatley, who deftly slides between cringeworthy, awkward domestic drama and a brutal series of killings, gluing the two stories together by his portrayal of the protagonist's gradual mental collapse. The resulting 75 minutes is one of the most profoundly disturbing and thought-provoking thrillers you are ever likely to see. Unfortunately, the film is actually just over 90 minutes long. And it is during that final 15 minutes when things go horribly wrong. By the end, what was a remarkable, challenging story descends into low camp with the ham-fisted introduction of a barely-contextual, explanation-free occult horror plot that ends predictably, and with unintentional hilarity.

Kill List begins as a well-made Kitchen Sink Drama. We're introduced to Jay (Neil Maskell) and Shel (MyAnna Buring), parents of a young son who live in a featureless British suburb. Wheatley takes great pleasure in pointing the camera at them and simply forcing the audience to watch them, all their vices and virtues lain bare, without judgement. Jay is unemployed, cranky, somewhat lazy, terrible with money and out of shape. Shel resents his laziness and inability to communicate. She seems to be something of a kindred soul, but their worsening financial situation exacerbates their dysfunctional relationship. They oscillate between passive-aggression, genuine affection and emotion-laden freakouts underscored by suburban boredom. Like children, they seem to exist forever in the emotional moment, incapable of discretion. Maskell and Burning deliver haunting, naturalistic performances that resemble improvisation, giving these scenes an intimate, almost documentary aesthetic, and Wheatley spends nearly a third of the film presenting it.

Jay's biggest problem appears to be the job he used to have. He and his friend Gal (Michael Smiley) were once in business together as a pair of freelance contract killers. Gal, somewhat besotted but generally content, appears to still work in the field, but Jay suffers the unmistakable signs of PTSD, a condition that has apparently worsened after a botched job in Kiev some 8 months before the film begins. He left the killing business after that (never explained) mishap, and like many returning vets has had some difficulty settling back into normal life. One night, having dinner with Gal and his new girlfriend Fiona (Emma Fryer), Jay and Shel have an incredibly inappropriate, embarrassing domestic argument. Gal uses the opportunity to offer Jay the chance to join him for a hit job with a huge paycheck that would do a lot to relieve Jay's domestic stress. Despite misgivings, Jay accepts Gal's offer, and the film's second act sees the genre shift to the hoary old cliche of the criminal looking for One last Big Score.

After meeting with their shady employer to receive the actual kill list, Jay and Gal proceed to dutifully delete the list's contents. Murders one and two are prosecuted easily, but after discovering the second victim is a prolific pedophile, Jay loses composure and nearly destroys his relationship with Gal and his wife in the aftermath. Gal and Jay manage to patch things up and decide that for the good of their friendship, not to mention Jay's mental health, they need to bow out of the final kill. Unfortunately, their employers, revealed at this point to be a kind of shadowy cabal of British aristos, casually inform them that the contract is a literal do or die. They reluctantly agree to do the final hit, which sees them traveling to an expansive English country estate, at which point Kill List takes a sharp left turn into the absurd as it suddenly becomes an occult horror film.

Kill List is not actually intended to be a crime thriller at all; rather, what Wheatley set out to do for his second feature was to take elements normally seen in horror and place them within a crime film. The problem here is not the film's attempted shift to horror. Wheatley has previously demonstrated a real gift for blending seemingly contradictory genres together. His first feature, 2009's Down Terrace, is a black comedy/crime thriller/revenge story, and it perfectly manages the trick of taking such contradictory themes and making them work seamlessly together. Those gifts are on full display during Kill List's first two acts. Further, Horror films often focus on supernatural terrors that, at least to my atheist mind, are impossible to take seriously. I don't believe in ghosts. I don't believe in demons. I certainly don't believe in devils or any other otherworldly nonsense. But the world is full of genuine terrors that are as difficult to explain as nonexistent devils. Those are terrors worth exploring, but alas, these terrors Wheatley never seriously examines.

As the story unfolds, we're given tantalizing hints that all is not what it seems with Jay and Gal's employers. Fiona is presented as a typical corporate tool when we meet her, but shortly after her introduction we see her painting some kind of weird occult symbol behind a mirror in Jay and Shel's bathroom. She later begins to insinuate herself into Jay and Shel's life in a manner most creepy. Meanwhile, the mysterious man who gives the kill list to Jay and Gal slashes Jay's hand in an almost ritualistic fashion. It's presented as somehow related to the botched Kiev job, but soon after, whenever Jay is alone in a room with one of the victims, they insist on thanking him ostentatiously for what he is about to do, and continue doing so even while being horribly beaten or mutilated. Occurring as it does in the midst of Jay's increasing paranoia, it's unclear whether the exchanges are real or entirely in his head.

Handled correctly, the switch to Horror in the final act could have tied these elements together, revealing the world in which Kill List takes place to be far more sinister and terrifying even than the one in which suburban dads could plausibly be contract killers. Unfortunately, all of these plot elements and themes are discarded. Yes, it's true that Fiona, the mysterious employers, and the symbol are all revealed to be connected, but the connection is immaterial to what actually happens. The tortured view of a difficult marriage, the madness of a man suffering from PTSD, the mystery of who the victims are and why they've been targeted for death, even the relationship of all of it to the botched Kiev job, all are abandoned to make way for a hackneyed occult film plot free of explanation and only the barest hint of contextual relationship to the rest of the film. I don't mean to suggest that the story should have adhered to a conventional framework or some other fascistic notion of the ‘rules' of storytelling. Contra Chekov, just because you introduce a gun in the first act doesn't mean you have to use it by the final act. But there has to be a sense that events at least bear relation to one other. Yet the majority of Kill List could have been about anything - a carpenter building a house, a waitress opening a restaurant, a celibate monk meditating for 45 minutes of screen time - literally anything at all, and the film could have had the same ending.

In an interview with Badass digest, Wheatley singled out Stanley Kubrick's adaptation of The Shining as "the pinnacle of horror". That shows during Kill List's first two acts, which focus on Jay's psychological break that bears striking similarities to Jack Torrance's. That makes it all the more regrettable that when the time came to finally explore his film's similarities to The Shining fully, Wheatley chose instead to rely on cheap, exploitative thrills bearing little real relationship to the rest of the film other than the presence of its characters. It's clear, particularly in the way that the final scenes are so predictable - and believe me, if you've seen even one horror film involving members of the occult going crazy, you will know how the film is going to end within minutes of the occult group's introduction - that he was having significant trouble successfully putting horror into crime. I imagine there are viewers temped to argue that the weirdness is the point, but the problem is that Kill List's ending isn't weird at all, it's just "weird". Calculatedly odd. Deliberately strange. Purposefully crazy, if you will, like a 15 year old who gets their nose pierced 15 times and claims to be a vampire. I admittedly have little tolerance for this. I find weirdness for weirdness' sake to be an affectation at best and vile laziness at worst. But Weirdness for weirdness' sake or not, it is at least possible to describe, scene for scene, precisely what happened. The problem is that 3 weeks after having seen Kill List, I still cannot explain why any of it happened.

You should see Kill List. It is very nearly great, and the first 75 minutes make up what may be among 2012's best films. The characters are given immense room in which to simply exist, scenes are sparse and relatively low key, at times it takes on a voyeuristic quality not unlike theater. Wheatley has a real gift for making the mundane feel absolutely riveting, and a strong humanistic bent that makes even hardened killers look like sympathetic people. He genuinely managed to convey a sense of true disorientation and confusion reflected by Jay's descent into madness. Further, despite bearing little relation to the rest of the film aside from involving the same characters, the final scenes are beautiful to behold, a marshy rustic backwood, a dank, medieval cavern and a secluded vacation house playing host to a series wonderfully freaky moments in which people do absolutely terrifying, unexplainable things.

Ultimately, whether or not you still like Kill List after the final title drop will be largely determined by your tolerance for the substitution of closure and coherence with WTF. No matter how hard one tries, one cannot conjure a logical relationship between what ultimately ends up being two different films grafted together poorly. Perhaps with a longer running time, or simply more development of the threads leading to the movie's final shift into horror, Kill List might have worked. Unfortunately, a remarkable thriller and compelling family drama was nearly ruined by a ‘twist' ending as hackneyed and tacked-on as anything in the worst M. Knight Shyamalan film. Missed opportunities are rarely this good. But they are no less disappointing.

Kill list will be available for Video on Demand beginning January 4; it opens theatrically on February 3rd in Los Angeles and New York.