When you're done working 9 to 5, unwind with this week's Boxoffice Weekly and toast the pairing of Dolly Parton and Queen Latifah in Parton's first movie role in ten years. We ask Joyful Noise director Todd Graff, a singer himself, how much courage it took to direct the two majesties of music—especially when Dolly wrote him 11 original songs that he had to whittle down to three. Inkoo Kang studies Parton's past roles to figure out why the country queen is so damned likable even when the movie's a bust (ahem) and our touchable trivia poster for 9 to 5 takes us back to where her Hollywood career began, and why she handed her acting gig over to her sister.

Speakig of legends, Beauty and the Beast—the first animated film to receive a Best Picture nomination—is back in theaters with a 3D update. But before you see Belle and her Beast in their new dimension, check out the Belles and Beasts that might have been with these rarely seen original sketches from the Disney design team who went through dozens of drafts trying to pin down the look of the film. Who knew the Beast once looked like Pumbaa? Say hello to the real-life Belle, Paige O'Hara, who tells Boxoffice how she voiced the role (with help from Judy Garland) and why Belle is way cooler than the rest of the Disney princesses. And when you're working from a fairy tale that's 250 years old, there's bound to be lots of spin-offs. Meet eight oddball adaptations of Beauty and the Beast starring Vikings, toys, Mormons and more. Plus, in this week's Cage Match, ringmaster Ross Lincoln pits two more princesses against each other in a battle royale: when The Little Mermaid's Ariel faces down Sleeping Beauty's Aurora, which songbird will reign supreme?

Also inside: In Expert Opinion, a reality show producer judges the faux reality of The Devil Inside—is there a point when real looks fake? The Devil Inside writer/directors counter by confessing what happened when they screened their exorcism movie for priests, and inspired by these battling men of the cloth, our macho columnist El Guapo picks five other wimpy jobs that could use the ego boost of starring in an action movie. Hey, maybe the IT guy is a secret hero? Speaking of heroes, in this week's You're Wrong, editors Amy Nicholson and Phil Contrino face off over whether Contraband's Mark Wahlberg needs to start finding himself some new roles. How many more times can he play the doting husband who saves the day: zero, or keep those hits coming? Plus, our Don't Hate columnist desperately tries to find something to love about Crash (and no, its Oscar doesn't count), the good doctor Alonso Duralde is shocked to find himself awarding The Devil Inside an A, we find the funniest bad plot synopses on Twitter (Spider-Man is the story of Editor Jonah Jameson's struggle to get a scoop?) and we bring you an entire retro night at the movies: a newsreel + a cartoon + a serial + the shocking 1954 Frank Sinatra noir Suddenly. Plus our interactive tour of The Pulse—the science behind our box office predictions—and the scoop on every single movie opening in theaters this weekend. Click here to check out what's inside. 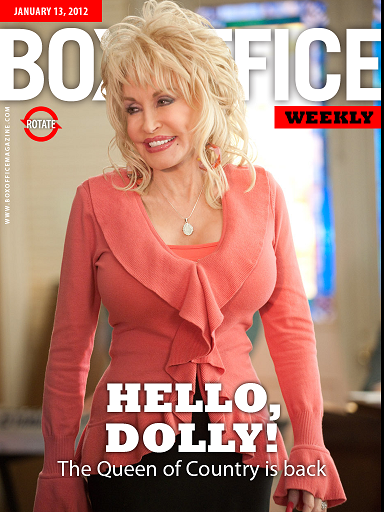 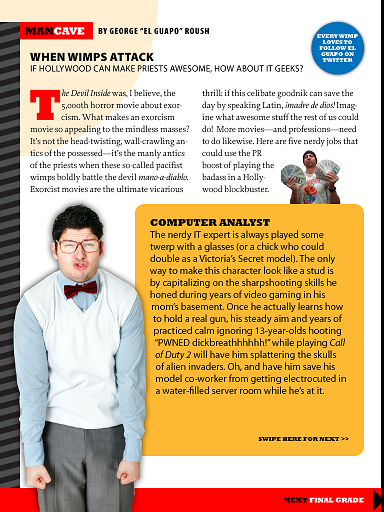 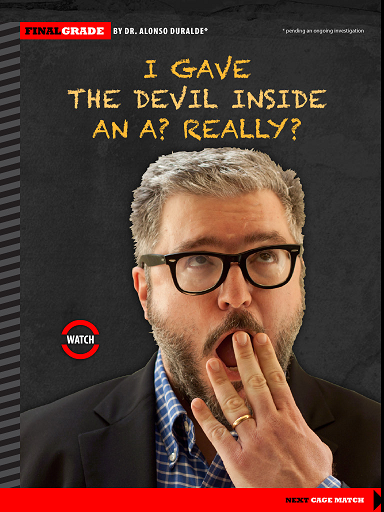 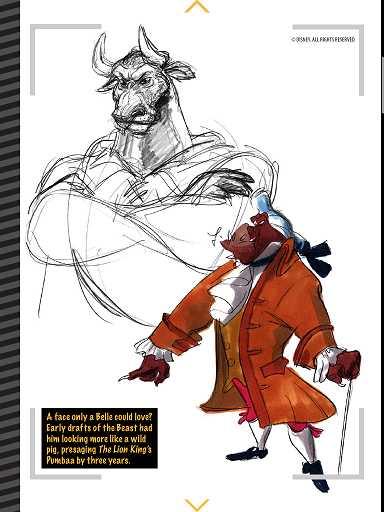 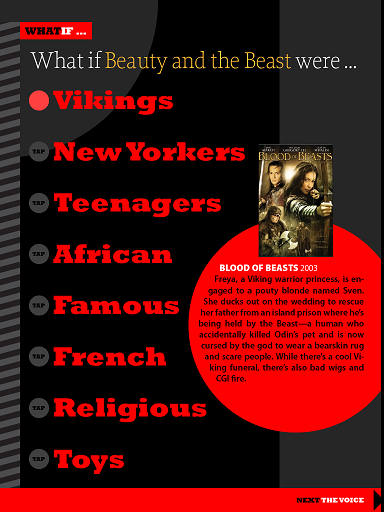 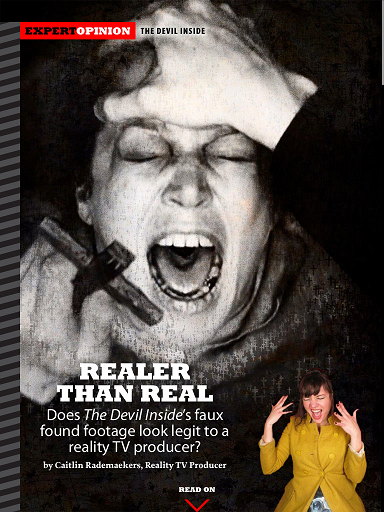 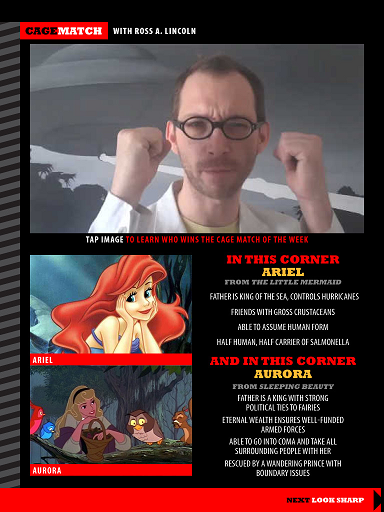