close
OPINION: The first 5 minutes of 'Haywire' have been released as the film's latest trailer. This must be what validation feels like. 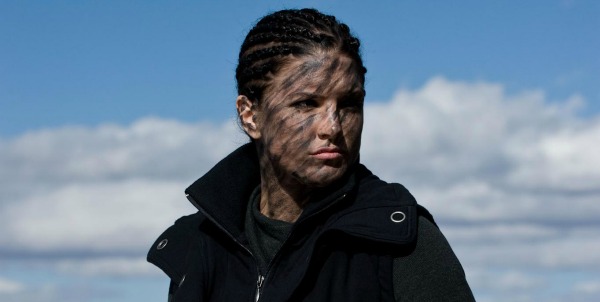 In my post earlier this week on Steven Soderbergh's pummeling exploitation slash spy thriller slash old school ass-kicking film, Haywire, I complained at length that Relativity Media was completely botching the marketing campaign for this remarkable movie, selling it as a slick, 'ramped', quick cut actioner on par with, say, Taken, instead on its own merits. Instead, I wrote, Haywire needs "a recut trailer that focused largely on the fight between Carano and Channing Tatum." I'm not going to pretend this happening has anything to do with my post, but earlier today, a brand new trailer for the film was released, and it's precisely the move I suggested.

Here is the excellent first 5 minutes of Haywire.

You have to love that DING when Gina Carano punches Channing Tatum into the barstool. That, my friends, is the sound of a Foley artist earning their pay.

Anyway, it's nice to know that they're at least aware of the film they have and are moving to actually sell it. Good work, people marketing Haywire.