close
A textbook example of fixing a problem by making it worse. 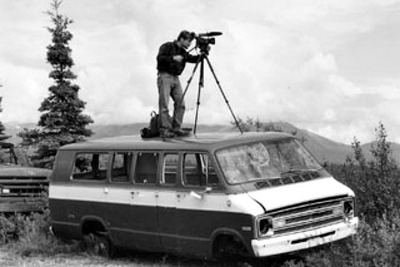 With the Golden Globes finally over, the Academy Awards competition can finally be said to have begun. Do we care? Kind of. Yes, it's true that the most talked-about awards (Best Picture in particular) tend to resemble the presidential primary system in that they function more as a validation of popularity, a reward for a lengthy career* or a means of flattering the pretensions of out of touch, extremely wealthy people that they are in fact thinking, open minded people. But the technical awards tend to reflect actual merit and others, like best original song, occasionally manage to actually bestow honors to the nominees that most deserved it**. Also, the ceremony occasionally delivers exceptionally awesome hilarity, like in 2010 when the touching Best Documentary (Short Subject) win by Music by Prudence was turned into bad comedy when a former producer of the short - who still qualified for being listed as an official nominee despite having been kicked off the production a year previous - interrupted the director's acceptance to air her grievances. So yes, we care, and we will be watching.

Speaking of, interestingly, the Academy Award for Best Documentary (feature and short subject) are very frequently given to films that actually do deserve it, or, at least seem to be by comparison to their counterparts in the Best Picture category. More importantly, recognition often manages to go to films that lack traditional marketing heft. That's partly due to the slight relaxation of certain rules, and the tightening of others. See, currently, documentaries must play commercially in a theater in either New York City or Los Angeles county for at least one week in order to qualify (this is slightly more relaxed than the rule that feature films must play in Los Angeles county). In addition, voting for Best Documentary is restricted only to those members of the Academy who have actually seen all of the nominated films.

However, starting with documentaries released in 2012, 2 new rules threaten to turn Best Documentary into a category as frequently superfluous, or at least as inevitable, as Best Picture. The first change: once the nominees have been selected, all 5,783 members of the academy will be allowed to vote for Best Documentary regardless of whether or not they've seen all nominated films. That's bad enough, all but guaranteeing that the film with the most notoriety is almost certain to win. The second: Only documentaries that have been reviewed in the Los Angeles Times or the New York Times will be eligible. Or as it's also known, "living up to the worst cliches of Hollywood 'elites'".

Now, it's true that the NYT and especially the LAT make an effort to review almost every commercially-released film that plays in their area. The problem of course is that many smaller documentaries play for limited one-week runs in small theaters in order to meet the qualification requirement. That these same documentaries often see their real life on cable is apparently an affront to the Academy; this requirement is designed to root out such films (presumably because docs playing in out of the way theaters for short periods of time are highly unlikely to get an LAT or NYT review.)

The relaxation of voting requirements is the more troubling provision. I get that somehow this is supposed to make the voting process more "transparent and democratic", as the LA Times put it. How that's supposed to work is beyond me. Poll anyone you know about the documentaries they've seen in the last year and you're likely to discover that the vast majority have only seen the more famous examples. That's not to say the people you know suck -except that one guys, of course. You know who you are! - just that there are a LOT of documentaries. Most of us don't have time to see them all. But then, most of us aren't voting members of the Academy of Motion Picture Arts and Sciences. When you job is to see films, professionally, and to evaluate their quality to recognize the best of the best, it's probably a bad idea when the qualification requirements are changes from "every film in a given category" to "whichever ones you got around to seeing". This is especially true for documentaries, which rarely enjoy any kind of real commercial success. That the total number of academy voters far out numbers those who will be selecting the nominated films means that the winner in the category is guaranteed to be whichever one happens to have been seen by the most people, precisely the opposite of the rule change's intended purpose.

Of course, we should admit that the Academy Awards are less about rewarding merit and more about advertising cinema by emphasizing the prestige of the form. Considered like that, it seems likely that what the Academy actually wants to do is remove even the remotest possibility of the viewer at home saying "WHUT? I DONE NEVER SAW THAT MOVEE HOW COULD IT THERE WIN LIKE THAT?". And they'll succeed. But they'll probably also end up dealing serious damage to the production of documentaries that aren't helmed by Michael Moore or Errol Morris***. I have a better suggestion: at least for documentaries, remove the LA county requirement entirely, allow films that played on television first to qualify, and consider movies on their merits instead of via extremely narrow and highly arbitrary rules that do little to make things more transparent and serve only to flatter.

And for God's sake, please make the voting members of the academy actually watch the films they're voting on.

* Do any of us actually believe Martin Scorsese deserved that Oscar for The Departed? Or believe it was anything other than a retroactive "our bad' from the Academy for having snubbed Goodfellas for Dances With Wolves?

** Once is a rarer success than it should be, but still.

*** this should not be misconstrued as an attack on the quality of the two director's films. Only the way fame creates inevitability.