Crushing cars with your mind got you tired? Unwind with Boxoffice Weekly's coverage of Chronicle and meet the three young stars of the found footage teen superhero flick. We ask what superpower they'd love to have—and is Michael B. Jordan (The Wire) serious when he wishes he could be more like pre-meltdown Mel Gibson? And when editors Amy Nicholson and Phil Contrino squabble over the same question in You're Wrong, they realize the pitfalls of their favorite movie power could leave them with anger management problems or stuck hanging out with Bruce Willis for all eternity. (Which, come to think of it, wouldn't be so bad.) Chronicle director Josh Trank hops on Skype to videochat about how he came up with the story, Cage Match pits Captain America against Superman to see who's the real American hero, and then four real life—really real life—superheroes tell us where they got the supercourage to patrol our streets every night in spandex, while their photographer Peter Tangen, responsible for those iconic poster shots of Thor and Spider-Man, talks about the blurred line between fantasy films and these superheroes' factual reality.

Speaking of which, two of the quirky truths behind Big Miracle's true-life retelling of the 1988 rescue of three trapped gray whales is that a) President Ronald Reagan got involved, and b) in the process inadvertently introduced his White House aide Bonnie Carroll to the Alaska colonel leading the marine mission. They married, and now Carroll gets to see her romance replayed on the big screen. But first, we sit her down with her actress counterpart Vinessa Shaw to ask how they worked together to turn Carroll's life into fiction. Then Big Miracle director Ken Kwapis wades in and tells us why he took a break from shooting rom coms like He's Just Not That Into You to get into more political waters—and how he found that environmental politics haven't changed in 25 years.

After building buzz online and at SXSW, the low-budget hotel horror The Innkeepers is finally in theaters. Says 31-year-old director Ti West, he got the idea while staying in the haunted hotel The Yankee Pedlar during the shooting of House of the Devil—and when that wrapped, he came back and shot his next movie on site, and convinced his stars to act (and sleep) surrounded by his spooky inspiration. Actress Sara Paxton tells us how she survived, and how she got along with Top Gun's Kelly McGillis, cast as a retired-star-turned-paranormal-expert. And if you're looking for a gothic double feature, pair The Innkeepers with Daniel Radcliff's Victorian chiller The Woman in Black, a title that inspired us to dig out the poster for the '80s ghost story The Lady in White for our touchable trivia game where we find the two flicks have way more in common than it seems.

In Expert Opinion, wolf conservationist Suzanne Stone growls at The Grey for being wrong about, well, everything, while in Final Grade, Dr. Alonso Duralde gives the film's marketing campaign slightly higher marks. Meanwhile, Twitter can't stop cracking jokes about how Liam Neeson is the biggest badass since Chuck Norris, and in Last Laugh, we round up the best 140 character quips. Before you head to the multiplex, head to our Miniplex as we bring you our favorite short of the week (hint: it stars David Cross as a ham sandwich), and then think global as we zero in on the box office—and curious oddities—of Australia. Ross Lincoln checks out the best flicks about war veterans, Don't Hate's cranky critic tries to find something to love about Basic Instinct 2, Femme Fatale's Sasha Perl-Raver takes jabs at seven love stories and their Impossible Romance Rules that threaten to ruin Valentine's Day ("Love means I'll kill for you? Can we vote on that?"), and Inkoo Kang steels Madonna for the less-than-glowing reviews of her Wallis Simpson biopic W.E. by steering her attention to six other strong women worthy of being the Material Girl's next project. Marlene Dietrich makes perfect sense...and so does Lourdes Ciccone Leon as the Nahuatl slave girl who romanced Cortes. How about a Million Dollar Movie for nothing? This week, curl up with a newreel + a cartoon + a serial + the Carol Lombard and James Stewart romance Made for Each Other, a mini-epic directed by the legendary David O. Selznick. Plus, master the science of our box office prediction algorithm in The Pulse and get the lowdown on every single movie opening in theaters this weekend. Click here to check out what's inside. 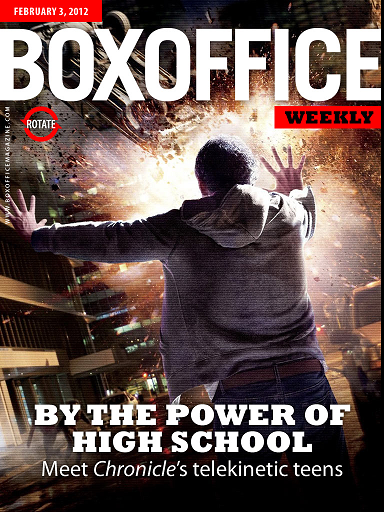 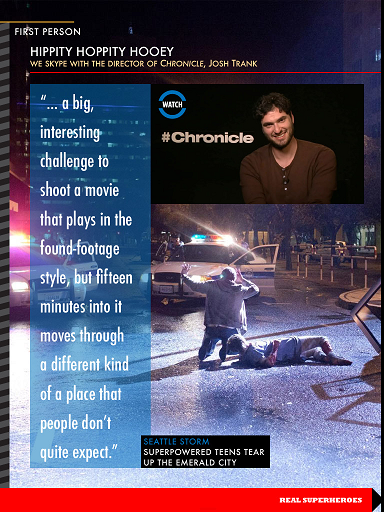 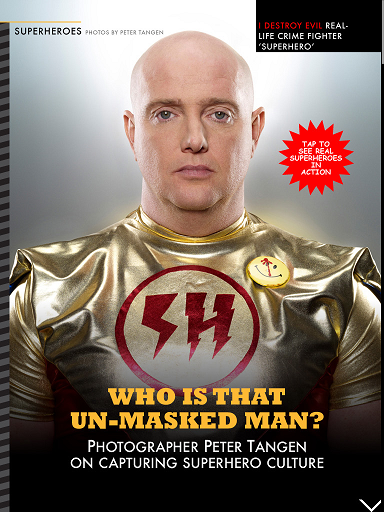 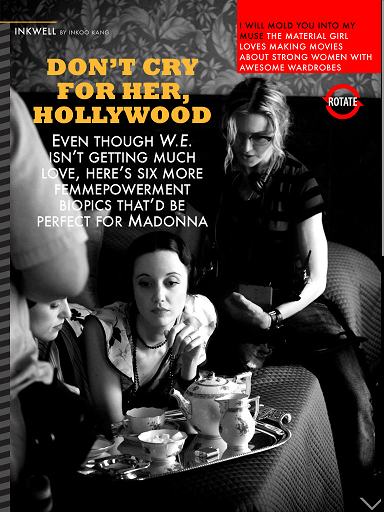 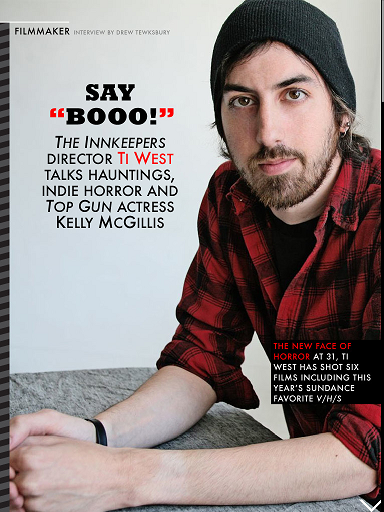 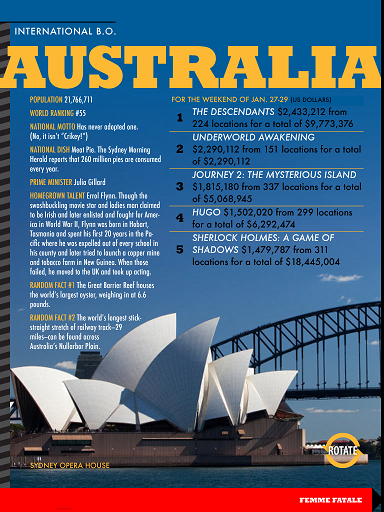