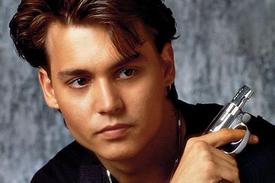 The original 21 Jump Street was a fluffy, painfully hip show for teenagers that featured some of the hottest actors in television. The reboot is an R-rated comedy that's actually pretty good. But more importantly, the update is explicitly set in the exact same universe as the original series—Holly Robinson even makes a cameo as her character Judy Hoffs who's still on the force and loaning out cop cars to weirdo rookies like Jonah Hill and Channing Tatum! That's great, but what happened to her former squad? Where's Tom Hanson? Where's Harry Turman Ioki? And whither Booker?! And while we're at it, whatever happened to the actors who played them?

We've investigated the seedy history of the Jump Street division and have unearthed what happened to the original Jump Street team in the long dark years between 1991 and 2012, from when their show was off the air until its big screen return. If this universe is real, what have they been doing for the last 21 years? And as for the dearly departed show's stars, we look at their post-Jump Street careers and see if they're better off in reality or they should have stayed on their fictional force.

Officer Tom Hanson: Sax player. User of mass quantities of hair gel. Total hottie cop. Impossibly youthful looking despite being a seasoned professional—well, as seasoned a professional as you can be in your mid-twenties—Hanson kind of sucks at police work because he can't be taken seriously by perps. C'mon, with that face he's the kind of cop you hire to take off his pants at birthday parties.

Officer Tom Hanson left Jump Street in 1990 for reasons that were never disclosed. As it turns out, the reasons were his good looks, sax playing and amazing hair. During an undercover mission at the local modeling school, he was recruited to be the face of a local ad campaign. From there, it was all fame and decadence and cocaine until he looked in the mirror and realized he'd become his own perp.

Johnny Depp is Johnny Depp, of course. He routinely stars in hit films, has relationships with models and lives in Paris. Which is to say, he is the anthropomorphic embodiment of awesome.

Sergeant Ioki was the son of undocumented Vietnamese immigrants. Bearing emotional scars from the Vietnam War only made his attempts to credibly present himself as a smoldering, brooding teenager during undercover operations all the more convincing. He nearly caused the destruction of Jump Street when a teenage girl claimed he fathered her child—he got 99 problems, but parenthood wasn't one.

Ioki also eventually aged out of the Jump Street program, but he, too, didn't stay on the force. Instead, he quit his job and moved to Los Angeles, where he became a consultant for film productions looking to ensure the accuracy of actors playing incredibly attractive police officers. Thank his guidance for CSI and Criminal Minds, and the foxy yet capable Jonah Hill in the 21 Jump Street reboot.

From 1998 to 2002, Nguyen co-starred as stuntman Johnny Loh on Pamela Anderson's V.I.P., and also had a role as Chief Shan in Sea Quest 2032. He's still an accomplished martial artist with magnificent hair.

Sergeant Hoffs had the rare misfortune of being one of the only woman on a team of insanely attractive. Despite being hotter than the sun, she was eclipsed by the combined sex appeal of Depp, Grieco and Nguyen and, as such, was often relegated to a supporting role. Luckily, this allowed her to credibly come off as kind of a cute bubbly nerd, ensuring her a high rate of case closures and crushes.

Where is she now?

Though her character disappeared from the show after 1991, Officer Hoffs never left Jump Street. After gradually aging out of the high school and college-aged undercover team, she was promoted to head detective, spearheading important investigations into the criminal underworld at the Adult Learning Annex. But when she couldn't pass business calculus and nearly blew her cover, she was demoted to motor patrol.

Where is she really?

Holly Robinson never found steady superstar work, but was most recently as one of the original hosts of CBS' The Talk, though her contract was dropped after the first year. She also speaks four languages and can sing.

Doug was straightlaced and decidedly unhip by comparison to his fellow squad members, but his size and personality made him a convincing jock when the need arose. Highlights of his career include his take down of a steroid ring, and learning that his high school bully became an impoverished loser after graduation. After he and Hanson became buddies, they'd even pretend to be brothers undercover. Aw...

Officer Penhall left Jump Street in 1991 after being shot in the line of duty, deciding instead to spend time with his adopted son, Clavo. Always a fan of fitness, he became a gym teacher and learned to look the other way when kids smoked the demon weed under the bleachers after school. Unless they were on his track team, of course—that stuff won't help your lungs win any mile relay races. So he hears, at least.

As a condition of his agreement to appear in the final season of 21 Jump Street, DeLuise was allowed to direct two episodes himself. He'd go on to direct Silk Stockings, V.I.P., and 71 episodes of Stargate spin-offs.

Dennis Booker was the bad boy. Hanson suspected Booker of being a racist, though it's possible he was also annoyed that the department now had two heads of perfect hair. They'd eventually have many wacky adventures, including going undercover in a prison. Booker later developed a serious case of guilt when a teenage kid was mistaken for a narc and killed. An emotional wreck, he left the police force.

Booker's adventures didn't end when he left Jump Street. He was quickly hired as a private insurance investigator for a giant Japanese conglomerate. Alas, his spin-off—I mean, employment—only lasted only a year. In the years since, he's worked in corporate security and as a high-priced bodyguard, and now runs a consulting company in the San Fernando Valley specializing in personal defense and men's fashions.

Grieco had Johnny Depp's sex appeal but couldn't click with audiences. After his attempt at a serious career flopped, he transitioned into made for cable shlock fests like Ultimate Deception and Sexual Predator.