Pick Your Pattinson: We found the OK Cupid profiles for five of Robert Pattinson's loverboy characters—plus his own 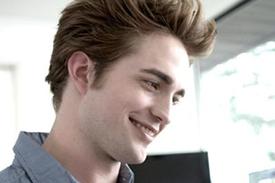 Since he was launched into super-stardom four years ago as the world's most tubercular sex symbol, Twilight's Robert Pattinson has faced the crucial challenge many a teen heartthrob has faced—and failed—before him: sustaining a career in the spotlight when most of your fans are teenage girls and your name is a punchline to everybody else. Pattinson's girlfriend and Twilight co-star, Kristen Stewart shares his same professional obstacle and is following in Anne Hathaway and Ryan Gosling's footsteps by proving her creative worth in character-driven indies like Adventureland and The Runaways (though she's smart enough to do the occasional big-budget project, like this summer's Snow White and the Huntsman). Meanwhile, Taylor Lautner, Pattinson's on-screen romantic rival, is aiming for reliable paychecks in commercial genre fare like the action flick Abduction and the romantic comedy Valentine's Day. In contrast to his seemingly more ambitious co-stars, Pattinson is joining Michael Cera and Zooey Deschanel in choosing variations on the role that made him famous. For Pattinson, it's the sensitive, willowy, slightly androgynous loverboy or troubled rich kid who can't help looking for romance in all the wrong places—as he does in the new film Bel Ami, which recently premiered at the Berlin Film Festival. So take a deep breath, lie back, fall into those big, dewy eyes, stop rolling your own, and choose the right brooding Pattinson character for you by exploring his characters' OKCupid profiles.

Edward Cullen in the Twilight series (2008-2012)
What I'm doing with my life: I'm working towards getting my 200th high school diploma. They're like Pokemon: Gotta catch them all.
The first things people usually notice about me: With my chalky skin, deep-sunk eyes, and full, red lips, I sorta look like The Joker's staid younger brother.
I spend a lot of time thinking about: That's what I love about these high school girls, man. They get older, I stay the same age.
The most private thing I'm willing to admit: I'm actually Team Jacob.
You should message me if: You'd like a demon spawn growing in your belly.

Salvador Dalí in Little Ashes (2009)
What I'm doing with my life: On the cusp of the Spanish Civil War, I'm competing with the poet Federico García Lorca and director Luis Buñuel for the title of Most Insufferable Art School Student. Spoiler alert: I win.
The first things people usually notice about me: Behold the ultraist magnificence of my pageboy haircut and Seinfeldian ruffle shirt.
On a typical Friday night I am: Painting with García Lorca Feddy, laughing with Feddy, skinny-dipping with Feddy, ardently kissing Feddy, dude why are you taking off your pants don't even NO HOMO, MAN.
The most private thing I'm willing to admit: My signature mustache belongs on Mickey Mouse's evil twin.
You should message me if: You want to sleep with my wife. I am terrified of the eternal maw of her ladyparts, but she's always up for a cuckolding scene.

Tyler Hawkins in Remember Me (2010)
My self-summary: I'm the genius who decides to sleep with the co-ed daughter of the cop who somewhat justifiably gave me a beatdown. Then I fall in love with her, thus inviting her dad to give me another beatdown. Also, I get kersploded on 9/11, whoops.
I'm really good at: Working through my daddy issues by banging a lot of chicks using my "poor little rich boy" thousand-yard stare and tremulous lip-biting.
The first things people usually notice about me: I'm so confused. Am I Holden Caulfield, James Dean, or Freddie Prince, Jr. in She's All That?
The most private thing I'm willing to admit: I'm actually a convincing, even sympathetic, character who has a compelling if well-worn story arc with my emotionally distant father, Pierce Brosnan. And then I die on 9/11.
You should message me if: You are a smart, vivacious college student who wants to take part in the cheap exploitation of a national tragedy.

Jacob Jankowski in Water for Elephants (2011)
What I'm doing with my life: I'm traveling across America as a circus veterinarian and falling in love with Christoph Waltz's wife, Reese Witherspoon, because it's the Depression and Inglourious Basterds won't be out for decades, so I have no idea how scary Christoph Waltz is.
I'm really good at: Hopping trains, working with animals, making friends with carnies, carrying water to elephants? Exchanging water for elephants? Electing John Waters for President of the Elephants?
I spend a lot of time thinking about: Why ladies didn't have eyebrows in the '30s.
The most private thing I'm willing to admit: I'm kinda hot in clown make-up and burlesque-show nipple tassels.
You should message me if: You would first like to run away to the circus with me, then run away from the circus with me. Basically, there's a lot of running.

Georges Duroy in Bel Ami (2012)
My self-summary: I sleep with the wives of powerful men to get ahead in the cutthroat world of journalism in 19th-century Paris. Starving for your art is for chumps.
What I'm doing with my life: You mean who? Uma Thurman, Christina Ricci, and Kristin Scott Thomas, for starters.
On a typical Friday night I am: Making Casanova feel like a Dominican friar.
The most private thing I'm willing to admit: These top hats are so big they even make my giant head look comparatively normal.
You should message me if: You're a noblewoman with loose morals and looser petticoats.

Robert Pattinson IRL (1986-?)
My self-summary: I'm a 25-year-old maybe-talented actor whose sex face is on everything from pencils and erasers to panties and toilet paper. Also, I spend more money on hair gel in a year than you'll make in a lifetime.
What I'm doing with my life: My newest hobby and "career move" is getting god-awful haircuts. That should make people take me seriously as a thespian.
I'm really good at: Practicing my American accent, since Hollywood won't let me be British anymore.
I spend a lot of time thinking about: Am I going crazy? No, really, am I? Every time I leave the house, little girls demand I bite them, and grown women start taking their clothes off. And now I'm apparently telling people I'm planning on taking my dad to a German sex club.
On a typical Friday night I am: Surreptitiously making out with my girlfriend at yet another Twilight event, while a wax-figurine of Taylor toothily leer-smiles at us.
The most private thing I'm willing to admit: I stole my pout from Keira Knightley.
You should message me if: You'd like to take me and my dad to a German sex club.