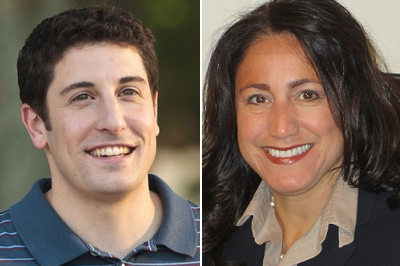 A reunion is definitely different from a party. When planning a party, you usually know how to reach your guests to invite them, there isn't such emotion associated, you usually don't have to talk any guests into attending, and you don't charge your guests to attend. And at a reunion, you get to be 18 years old for a day—you get to relive or redo being 18.

There's just a lot of emotion going on with reunions. We've had 40-year reunions where even committee members say, "So-and-so stole my boyfriend in high school and I'm not going to invite her to the reunion." We talk them down from that and teach them how to get everybody on the same page.

Usually, the reunion planning committee thinks everybody is as excited as they are for the reunion—they tend to be people who had a great high school experience. Their classmates have a myriad of emotions going on. If they had a good high school experience, they're probably going to be on board: "Great, I can't wait to see everybody and reconnect!" If they had a bad high school experience, if they never see their classmates again, that's good. Then there's the group who weren't having such a great time in high school but are now successful in life—boy, are they geared up to get to that reunion and let everyone know they made it. And then there's the group who had a great time, but now have gained weight or lost their job. They're on the fence: "I'd kind of like to see my classmates, but I'm not feeling good about myself right now." It takes some pushing to to get them to come. We get the committee to tell them that we're really going to talk about high school-we don't care if you're bald, we're going to see you as you were when you were 18. Last, but not least, are the Unfinished Businessers. There's the one that got away, the one they had an issue with that they're ready to resolve, or now they're divorced and wondering if their old boyfriend or girlfriend is available.

The Chris Klein character had a good high school experience and he's successful now, so he probably just wanted to reconnect with his friends. Finch wanted to be the most interesting guy in the room, so I think he was lacking something in high school and wanted to prove he made it. Still, I think they missed the mark—I could see Finch telling other classmates all of those stories, but not his closest friends. And Steve Stifler is still stuck in high school. We have a lot of those, and they're usually the star athletes. The cliché is true. That was their shining moment. It's very sad if you think about it. Oftentimes, they walk away from the reunion sad because everyone else moved on. So I think the movie got their motivations very right. But it just isn't reality that all of the behaviors would all take place within the one small group of friends.

They made a point of saying it was their 13th anniversary. That happens, but we won't do that reunion because attendance won't be that good. We prefer 10 year increments, because if it's too close, not enough time has gone by to make it excited. But I thought them having a 13-year was funny because we get those calls all the time from people who didn't get it together to have a 10-year. For us, that's a major red flag. If you couldn't get your 10-year together, you just look flaky.

We've done over 6,000 reunions, so we've seen pretty much everything. You see a lot of tears, even just in the hello. I've seen shouting matches. We've had reconnections at reunions, we've unfortunately had married classmates reconnecting even when they're married—that's not so good. One reunion, a group had hired escorts to be their dates. When their mink coats came off, they were very scantily clad. We have three staff members who man the registration, plus a DJ, so if anything does arise, we're all in constant communication where we can say, "Heads up for X." And then at the after parties, trashing the hotel has gone on, but that's more in the past. I think they're still partying, they're just not trashing rooms anymore.

I expected the reunion part to be a bigger part of the movie. People showed up, but they didn't seem ecstatic to see each other. There was no laughing, none of that. Even the one guy, Jon Cho, who planned the reunion didn't seem that involved in getting it going. I don't feel like he did anything to make it a successful reunion. There was no re-living. Part of our job is that if a reunion is flat, we'll grab the committee and say, "Look at that table—they're not talking to anybody. You're the hosts, it's your duty to get them to engage in conversation and bring them into another group."I tell my staff, "Act like it's your own party in your own home." If we were at American Reunion, we definitely would have gotten into the mix.

Whatever the music was of their era, that's what we play. Even the '90s—we'll play some Nirvana and some Soundgarden, definitely. But we try to keep the music in the background. Subconsciously, it's there, but people really just want to talk. They've got one night, four hours, to reconnect, and a lot of the time they don't want to dance. There was a lot of dancing in American Reunion, but in reality, it's more standing, talking, screaming. The dancing and the decorations—the balloons, we don't do balloons anymore—made their reunion look more like a prom.

But really, the reunion in the movie was so quiet, I was giggling at it-it was the quietest reunion I've ever seen. There's always that constant scream, "Oh my gosh!" or "I can't believe!" or "I didn't know!" or "I haven't seen you since!" People revert back to high school, and being legally allowed to drink amplifies all those emotions. There's, of course, people who drink too much because they're nervous. Personally, I've had to stop someone from getting in their car before the reunion even started—he was just so nervous that he had been drinking before, got there early and started drinking it up. He said, "I can't even stay here, I'm so nervous."

When the guys were at the bar, just four friends talking amongst themselves, that rang true from a real reunion. Unfortunately, they also got right the heavy girl that Stifler takes advantage of. Not necessarily to that sexual extent, but just that she was someone who obviously didn't have confidence in high school and got taken advantage of, so even to summon the energy to come to the reunion is a big hurdle. Some do and usually they're glad they did, because they find out a lot of that is in the past. Not like here, so much. And we also have the inverse of her, the girl who was fat and is now thin and gets to show it off. The committee usually clues us in on that. A lot of the time when we're going through who's coming, they'll say, "Oh my gosh! She used to-!" So when our staff shows up at the reunion, they've got these bio books and they've heard all the stories. Even if you don't really know the people, it's just fun to watch.

When Chris Klein and Mena Suvari reconnect, there's probably a half chance it'll turn out to be just the high emotions from that night. But there's a half-chance it might work. At high school reunions, you're around people who have the same background as you, the same socio-economics, similar childhoods. And if they're both single again and they have this history again, a lot of the time it does work out. They're more like you—they might be the better choice than someone you met randomly somewhere.

As for the disaster scenarios you'd really expect if the American Pie kids had a wild reunion, let's go through them. If Stifler got drunk and threw up on the floor, we'd first ask the committee if they wanted to handle him, and if not, we'd have security escort him out and find out how he's going to get home. If the two guys fighting over Mena Suvari had started punching each other, the first person to step in would be our DJ. He'd probably step in before it got to fisticuffs—he sees over everything. He'd stop the music to get everyone's attention and announce, "Hey, you gentlemen on the floor, can we get some help here." If Alyson Hannigan and Jason Biggs hadn't reconciled and she was crying in the corner, one of our staff would have tried to get her to forget about whatever problem she was having for the night, and just talk to her other classmates. And if Jason Biggs had try to hump one of the desserts, at our reunions the dessert table would be staffed by a server who would graciously ask anyone who might try "humping" anything if he or she needed some help with choosing dessert. But if the committee says, "Let him go at it," we might. If anything else, it's just making memories for the next reunion.