Four Other '90s Teen Classics That Deserve A Reunion 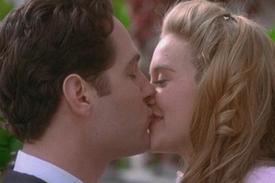 Of all the teen movies of the '90s, American Pie was the only one that managed to become a real franchise. But if Chris Klein and Tara Reid can have an American Reunion 13 years after their high school graduation, it's not too late for the rest of them to catch-up. The Clinton Decade, which was was a goldmine of teen movies begging for a follow-up—here are four films whose casts we want reunited and nostalgized.

The film that defined the '90s teen movie experience. Privileged LA teenager Cher (Alicia Silverstone) navigates social and romantic obstacles, meddles in her friends' personal lives, learns why bros are lame, and gives a generation of young women a serious crush on Paul Rudd. It was also based loosely on Emma, making Jane Austen hip again a full year before Bridget Jones' boozy take on Pride and Prejudice.

Why we need the reunion: Because Generation X hasn't had their own version of The Big Chill. The tragedy looming over a Clueless reunion is the untimely passing of Brittany Murphy. Her character was essential in the original film, but her sad absence can be incorporated into the movie by making her character's death the reason the old gang comes together. Morbid? Perhaps, but it would give Brittany Murphy the respectful send off the seedy tabloids didn't. And while it couldn't be based on any other Austen work without some seriously weird plot developments, there's plenty from the canon of classic British lit to choose from. We suggest Wuthering Heights. And as for the soundtrack? Surely we can get Bon Iver to cover Counting Crows?

How we can make it happen: The same way Firefly fans helped Joss Whedon make Serenity: everyone who wants to see a second Clueless needs to rush out and buy multiple copies of the original on DVD and Blu-ray. And the cast seems like they'd be easy to convince—they've all got solid acting careers, and while Rudd is now a major star, if he'll agree to Dinner for Schmucks, he'll be in anything.

Hackers is a twofer: an awesome, fast-paced teen film about tricksters who pull one over on The Man, and a hilarious time capsule of what people who didn't own a computer thought the Internet was like in 1995. No seriously, even then if you knew anything about computers, this movie was a laugh riot—and if you know anything about them now, it's even better, particularly the scene where the main characters gush about the power of a 28.8 KBPS modem. 18-year-old Dade Murphy, aka "Zero Cool" (Johnny Lee Miller) was arrested and convicted of hacking at age 11 and banned from using a computer until his 18th birthday. When he and his mom move to New York, he falls in with a lovable gang of hackers, including Angelina Jolie, aka "Acid Burn," and together, the group manages to expose a nefarious money laundering scheme by Fisher Stevens. It also bears noting that a major plot point revolves around a UHF TV show called Hack The Planet, hosted by two glammed-up party boys named Razor and Blade. Oh, and also, Jolie and Miller got married shortly after shooting wrapped, but because she was still a few years away from Girl, Interrupted, Miller missed his chance to become Johngelina.

Why we need the reunion: To see how the original Internet generation might have experienced the transition from the '90s to the age of YouTube, torrents and TMZ. We imagine that several of the characters have spent years in federal prison for computer crimes, others went legit as consultants, and all of them are completely freaked out by the fact that they're minor celebrities on Slashgear. All we need is a compelling reason to bring them together in a single plot, and we have one: ACTA, the international treaty that would break the Internet like SOPA and PIPA. The old gang unites to fight this stupidity, either by means of legitimate activism or by exposing the peccadilloes of the politicians who support it. It would also be kind of awesome to feature modern electro artists like Deadmau5 covering songs from the original's techno-heavy soundtrack. And Acid Burn and Zero Cool do not remain a couple, because Brad would cry.

How we can make it happen: It's almost certain the second-tier actors involved have a good sense of humor about this movie, which is to say: dangle the right amount of money and a good script and they can be lured back. As for Angelina? Just write in that Acid Burn eventually became a systems admin for UNICEF and offer to donate her salary to charity, plus toss in a co-director credit.

This tale of four high school girls who realize they have magical powers via a very inaccurate version of Wicca remains a cult favorite. It not only features a ridiculously silly version of '90s Los Angeles, but the female-dominated cast passes the Bechdel test with flying colors. Sure, they eventually all turn on each other, but despite a few necessary murders, they manage not to kill anyone really important, leaving the leads wide open for further, adult perspective-having adventures. And some still say that there's some kind of witchy underground in Los Angeles, though I've only met the weird subculture of Harry Potter obsessives, who only have the power of friendship.

Why we need the reunion: To combat Twilight. The ladies of The Craft would kick Bella's vamp-loving, wolf-teasing keister from here to Long Beach. Also, the practical, teach-yourself magic of the 1996 original is a quaint reminder of a time when people still kind of believed in the American Dream. If The Craft is witchcraft by the bootstraps, the reunion could be a comment on America in the age of Occupy Wall Street. Plus, a return to some old fashioned mean-spirited spells would be a nice change from the found-footage style that has dominated horror films since Blair Witch, one of the few things leftover from the '90s that hasn't gone away with the economic downturn.

How we can get it to happen: With the success of The Hunger Games, Hollywood is surely warming up again to the idea of female-centric franchises. And none of the four leads has had prolonged success since Clinton left office, making them easier to coax. As for the soundtrack? Go the Footloose remake route and use the original (covers) whenever possible and throw in a Taylor Swift song for good measure.

Last but not least, we come to the Trojan War cycle of 90's teen school movies. Brendan Fraser plays a working class Jewish kid from Scranton, PA accepted into an exclusive prep school school on a football scholarship and forced to hide his faith from his super bigoted Waspy classmates. Technically, School Ties isn't a '90s zeitgeist-capturing film, mainly because it takes place at an exclusive prep school in early 1950s Massachusetts and it's not exactly the picture of life during the rise of political correctness. But see that cast? This is the first known onscreen pairing of Matt Damon and Ben Affleck. If it had a serial killer and roller blades, School Ties would be the '90s-est movie ever made!

Why we need the reunion: Because the world needs Matt Damon and Ben Affleck to appear in the same movie, and they need them to appear alongside a who's who of potential Ryan Goslings of the early '90s. More seriously, a reunion pic set 20 years later would take place in the early '70s. We all know the students of this exclusive prep school went on to work in politics, banking and finance, and other businesses that give people an excuse to live in Manhattan. Watch as the WASPy masters of the world now find themselves irrelevant to a world gone hippie, while Brenden Fraser's formerly taboo faith is increasingly co-opted as part of "normal" America. Sounds a lot like the post-series version of Mad Men, and I bet you'd even be able to escape copyright infringement. And surely no one will be paying close enough attention that using the Spice Girls would ruin the period setting, right?

How we can make it happen: It's simple: lure Affleck by letting him direct, then promise Damon that Tony Gilroy will write the script. Make sure Brendan Fraser mistakenly thinks it's a special effects-laden eyesore, and voila! Instant movie.