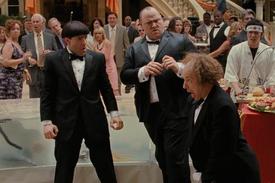 *Interviews: With Peter and Bobby Farrelly on making their first PG flick
*Expert Opinion: American Reunion vs. Reunion Planner. Surprise! Reality is wilder than fiction
*Wise Guys: Watch the original Stooges in the 1935 short Three Little Beers
*Punch Drunk: Three serious actors who turned action star—and what Lockout's Guy Pearce can learn
*Dumb to Dumbest: The Farrelly Brothers' movies, ranked
*Fresh Frozen: Lockout's ice jail isn't fully fiction—the seven steps to freezing yourself
*Talk-back: Titanic = Check. What other movies should get redone in 3D?
*Box Office Breakdown: How successful were the most expensive movies ever made?
*One Sheet: Touchable trivia about the original cabin horror flick The Evil Dead
*You're Wrong: Now that Gary Ross is out, who should direct Catching Fire?
*Fast-Forward: What to expect from What to Expect When You're Expecting
*The Pulse: Patented box office prediction technology made with Twitter, Facebook and science
*Look Sharp: How carefully can you watch the trailer for The Cabin in the Woods?
*International: Brazil loves its rainforest—is that why The Lorax is such a huge hit?
*Sneak Peek: See huge, hi-rez early shots of Charlize Theron in Prometheus and Daniel Craig in Skyfall
*Last Laugh: The funniest tweets about #RyanGoslingIsAnAngel
*Million Dollar Movie: Watch the entire 1937 A Star is Born—"Is the price of stardom a broken heart?"
*Reviews: Of Cabin in the Woods, The Three Stooges and Lockout, plus the scoop on every indie film opening this week 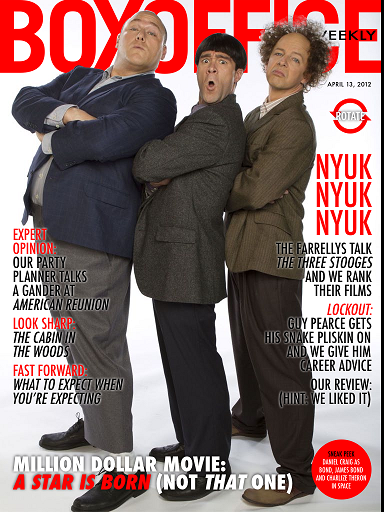 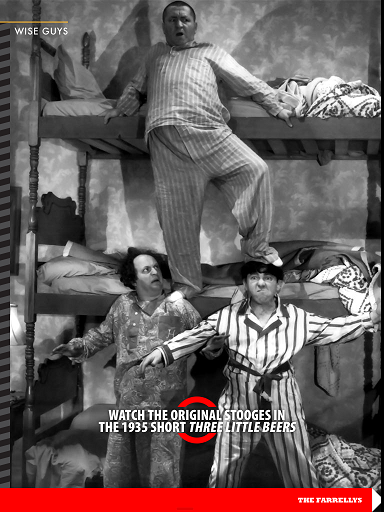 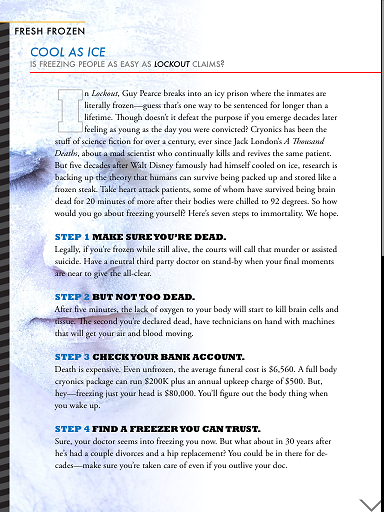 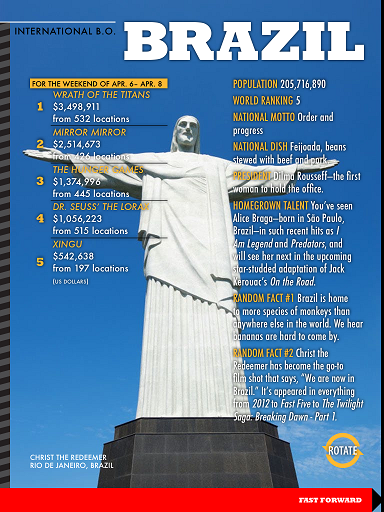 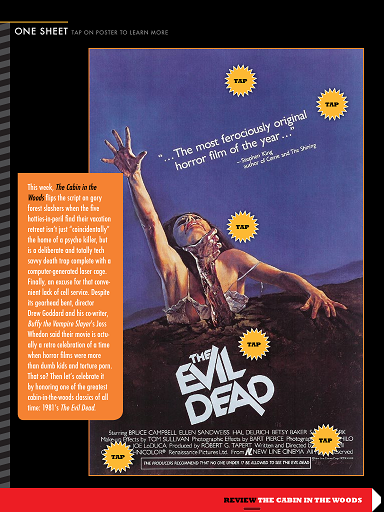 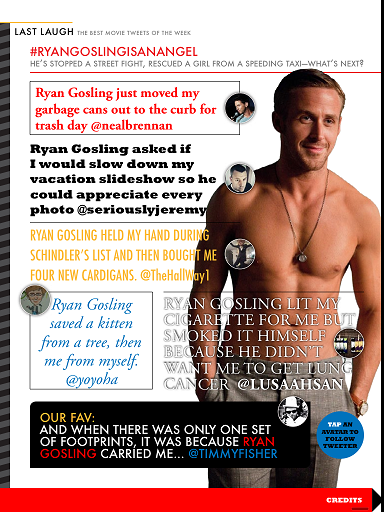