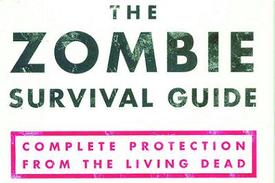 Hollywood is in the grips of adaptation fever. No longer do novels, plays and comic books suffice as fodder for films—now, it's chumming for forgotten TV shows, public radio programs, theme park rides, video games, dolls, action figures, board games and even trading cards that can be churned into 90-120 minutes of glossy gobbledygook. The newest source of unlikely inspiration is self-help books, which have yielded 2009's He's Just Not That Into You, this week's Think Like a Man, and the upcoming What to Expect When You're Expecting. The challenge for screenwriters is obvious: How do you shoehorn a 250-page pep talk into a three-act story? Older self-help adaptations (yes, they exist) like 1964's Sex and the Single Girl and 2004's Mean Girls (loosely based on Queen Bees and Wannabes) employed the traditional A-plot/B-plot structure. But for the disappointing new breed, their answer is using an ensemble cast to illustrate different aspects of the book (or just hammer home the main point over and over). If Hollywood insists on using its power of positive thinking to turn this trend into a phenomenon, we suggest they consider adapting the following six titles—and to help them out, we've already spun these six self-help books into actual stories.

The Mystery Method by Mystery
Recently dumped Dana (Keira Knightley) is doing everything a gal needs to do after a bad break-up: drink a case of wine, get a drastic haircut, stalk her ex online. She can't, however, seem to find a rebound fling (it's the short hair). Eager to stop being an "average frustrated chump" and become a "master pick-up artist," Dana studies The Mystery Method and gets to work on improving her game. She finds a gay wingman at a local bar and finds that, as the weeks pass by and her hair grows out, she has no problems convincing drunk guys (mostly 7's and 8's) to have anonymous sex with her. But when she falls for a fellow pick-up artist (Ryan Gosling), she must decide: Does she really want her own sloppy seconds?

The Secret by Rhonda Byrne
Emma (Kate Hudson) has everything: a job at her favorite fashion magazine, three loyal gal pals, and a happy marriage to an architect with great muscle tone (Patrick Dempsey). But she's also a world-class klutz, with the bruises to prove it. When a crazy homeless lady tells her that the secret to her fate lies in her thought patterns (positive thoughts will attract positive events and vice versa), Emma concludes that her constant fear of pratfalling is the culprit behind her irresistible attraction to banana peels and soup can pyramids. Determined to quit clumsiness once and for all, she sits in a chair and fervently concentrates on not falling over. Flash forward. To her great joy, Emma hasn't fallen once since she put her mind to it years ago. Nor has she left that chair—a situation that sets her up for a delightful meet-cute with a handsomely rumpled doctor (Mark Ruffalo) at her mental institution.

The Zombie Survival Guide by Max Brooks
Bruce Campbell plays himself in this JCVD-style celebrity mockumentary about the Zombie Apocalypse. Campbell is on the set of Man With the Screaming Brain 2 when a virus outbreak transforms the Bulgarian cast and crew into cannibalistic dullards. At first, Campbell thinks it's all an elaborate prank ("At least give me a chainsaw hand to fight back with, you guys!"), but soon realizes that he's landed in the alternate reality of one of his movies. He gathers the few props that might make a dent in the zombies' skulls and relies on his decades of experience playing "the guy who survives" to, well, survive. Upon returning to Hollywood, he pens a best-selling memoir/how-to manual called The Zombie Survival Guide, and is relieved that no one living was around to hear him utter the words, "I'm a celebrity, get me out of here!"

How to Make Friends and Influence People by Dale Carnegie
Jason (Will Smith) is a handsome, charismatic ad exec who owes all his success to the self-help classic of the movie's title. When he meets Moe (Kevin James), an "average frustrated chump," Jason decides to take him under his wing and give him a life makeover. Moe is happy for the help, until he discovers that Jason suffers from a rare type of obsessive-compulsive disorder that makes him both eager-to-please and hyper-competitive. Moe tries to talk his new friend out of his all-consuming life goal of attaining the world record for Most Twitter Friends, but Jason's already moved on to befriending Moe's acquaintances. To demonstrate the sincerity of his friendship, Moe organizes Friendaholics Anonymous meetings all over the country for Jason...but will his former friend show up?

French Women Don't Get Fat by Mireille Guiliano
Marion Cotillard, Audrey Tatou, and Eva Green play a trio of competitive eaters on the amateur circuit in France. When not shoving as many croissants, baguettes and brie wheels down their elegant gullets as fast as they can, the women contend with each other—Cotillard with her sophistication, Tatou with her quirky charm, and Green with her Bond-girl body-for the affections of France's greatest lover, Gerard Depardieu. Les femmes follow a reluctant Depardieu to the States, but lose him in the crowds at Coney Island. A competitive eating superfan recognizes the three gustatory athletes and convinces them to participate in Nathan's Hot Dog Eating Contest, with Depardieu as the prize. Can they beat Joey Chestnut's record of 68 hot dogs in ten minutes and stay super-thin while scarfing down non-artisan-crafted American wieners and hosing their throats with fattening American water?

Rich Dad, Poor Dad by Robert Kiyosaki
Based on Kiyosaki's life, this biopic portrays the coming of age of Robby (Super 8's Joel Courtney), a boy growing up in Hawaii with his middle-class father Ted (Luke Wilson) and their affluent neighbor Patrick (Christian Bale). After overhearing a troubling conversation between Ted and Patrick, Robby realizes that his loving father, a hardworking schoolteacher, is far from perfect: Unlike Patrick, Ted hasn't declared himself a shell corporation to avoid paying income tax, nor relocated all his assets to the Cayman Islands. Robby unofficially adopts Patrick as his "rich dad," amasses a fortune selling poorly constructed McMansions to suckers, and writes a bestseller about how little his "poor dad" prepared him for life. The question of how his son became such a sociopath haunts Ted in his later years, and he dies of grief and shame, leaving a copy of The Gifts of Imperfection: Let Go of Who You Think You're Supposed to Be and Embrace Who You Are on his nightstand.