Memo To Hollywood: Here's How To Modernize Other Fairy Tales 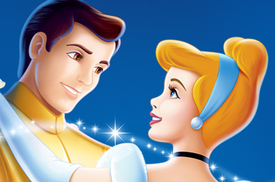 Thomas Hobbes said that life was "nasty, brutish, and short." The same could be said for life in fairy tales, at least as they originally were before their Disneyfication. Forget whistling while you work, the original fairy tales boasted gruesome fates for disobedient children, criminals and the sexually promiscuous. Even even the tamest stories got gory before they got happily ever after. (Note: do not read Cinderella if you have a phobia about foot mutilation.)

These wicked tales reflected a Europe still scarred by the deaths of millions during the 30 Years War, the Black Plague and, judging by the number of evil stepmothers, the early divorce of the King of Prussia. The wicked were punished, the wanton humiliated, and good little boys and girls were rewarded for their faith in god and the king.

Of course, our moral code has changed, kinda. These days we value individual people. Women have a say in their futures. And most of us happen to like our stepmoms! Cue the recent rush of updated fairy tales like Snow White and the Huntman and Mirror Mirror which recast Snow White as a medieval freedom fighter uniting The People against an evil despot. The whole beauty/feminism/dwarf angle gets the most press, but pay attention to the economic aspect of re-imagining Snow White as more than an unpaid housemaid for some short dudes who quits her job when she gets married. The entire fairy tale canon with its wicked queens and soggy Prince Charmings—you know, the 1%—could benefit from a politicized update. Here are three Hollywood needs to do without delay.

In the original fairy tale, Cinderella is a dutiful daughter whose father's tragic early death leaves her in the care of her evil stepmom and equally evil stepsisters. With the help of a fairy godmother and some late night dancing, she gets to hook up with the local prince and ditch her life of serfdom and domestic abuse. So, yeah, the moral of the story is, "Do everything everyone tells you and eventually your sisters will cut off their toes trying to wear your shoes, you'll get to marry into the royal family, and the system remains unreformed." Weak.

In in our modernized update, Cinderella isn't satisfied taking endless crap from her ungrateful family, and she doesn't have time to wait for free tickets to the Prince's birthday party. She still uses the magic in her fairy godmother's wand, but this time it's not to turn mice into footman, it's to transform them into class-aware activists hungry to smash the state. Wearing her glass slippers as a symbol of the glass ceiling all citizens live under, she leads a heroic peasant revolt to establish the kingdom as a representative government along the lines of The Most Serene Republic of Venice (yes, that was its actual name for 1100 years). The wicked stepfamily ally themselves with the King's evil brother but luckily, the Prince is so over the idea of hereditary monarchy and joins with the people. In the end, they hold a fabulous ball to celebrate their transition to social democracy.

Rapunzel already has one of the most hardcore stories in all of fairy taledom. To save his own life, Rapunzel's father gives her to an evil witch. For reasons that remain unclear, the witch locks Rapunzel in a tower and forces her to grow her hair into a rappelling cable, presumably because it's easier to cultivate the tremendous upper body strength necessary for a vertical climb than it is to make a tower with a staircase. Then a prince shows up, woos Rapunzel, and ends up blinded. Yeah, eventually, the witch starves to death after trapping herself in the tower and Rapunzel and the prince are reunited, but come on, man-that's some dark, dark stuff.

Since Rapunzel already has built-in action, what it needs is a plot that makes sense. So how about a pastiche of The Count of Monte Cristo and the French Resistance? Rapunzel's father is a political dissident whose parchment-rendered ranting against the evil witch's evil ways led to his daughter's imprisonment as a guarantee against further agitation. Rapunzel grows up unaware of her relationship to the hated rabblerouser, but after discovering her heritage, she vows to restart the rebellion. Her long hair is cut off and woven into a whip and after the rebellion succeeds, the witch is tried for war crimes and locked in the tower herself as punishment. No prince. Why bother.

We're all familiar with the tale of a starving brother/sister duo abandoned by their father at the behest of-you guessed it—an evil stepmom, who wants their share of food. The bread crumbs, the Black Forest, the gingerbread house, the evil witch, the evil witch being roasted alive, it's all terrible, and awesome stuff. But what would make it more awesome? If killing the evil witch was just the beginning.

See. some scholars believe that the tale emerged as a cultural memory from the so-called Great Famine, a massive famine that swept Europe in the early 1300s and softened everyone up for the Black Plague that hit 20 years after. Things got so bad that it became common practice for children to be abandoned by food-strapped families. Imagine the trauma, then, of being kicked out by your desperate parents only to find yourself in the clutches of a cannibalistic serial killer living in a candy house.

You'd probably be furious, and so are Hansel and Gretel in this action-packed retelling of the classic fairy tell that sees the Great Famine explained as the work of a cabal of evil witches. After surviving the Gingerbread Witch, Young Hansel and Gretel devote themselves to hunting down and eliminating all of her nefarious co-conspirators. This takes them to the Sugar Sorceress, the Mutton Chop Warlock, and the Candied Apple Wizard. But can they ever forgive their father? Only after they discover that he's been under the spell of the Chocolate Cake Conjurer all along.